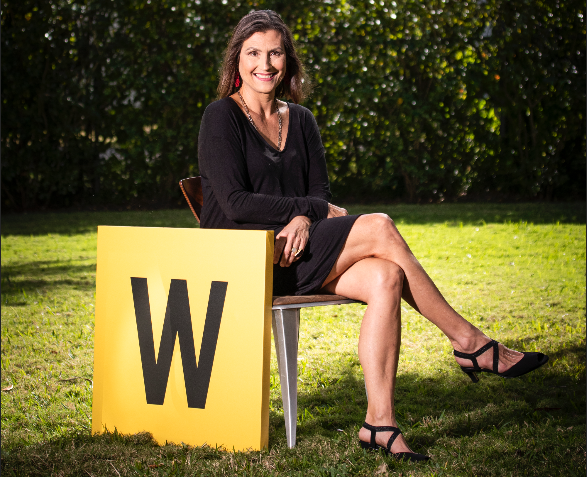 In her leadership roles with The Women’s Fund and One Billion Rising, Marya Meyer sets an empowering example through advocacy by collaboration (part 1 of 2)

It’s been nearly a decade since the World Health Organization released findings about gender violence, including the jaw-dropping figure that 1 in 3 women on the planet have experienced “physical and/or sexual violence by an intimate partner or non-partner sexual violence.”

Like so many women around the world, Marya Meyer didn’t see it as a statistic from which to recoil. She saw it as a moment to move forward—and change the narrative.

In 2013, she headed the Miami celebrations for One Billion Rising, the mass action to end violence against women that estimates (based on the global population) 1 billion women and girls have been or will be beaten or raped in their lifetime. To this day, she serves as the movement’s global coordinator in Miami; in a given week, she’ll speak to women in Guatemala, Croatia, India and other countries around the world about women’s safety and opportunities to make a difference. 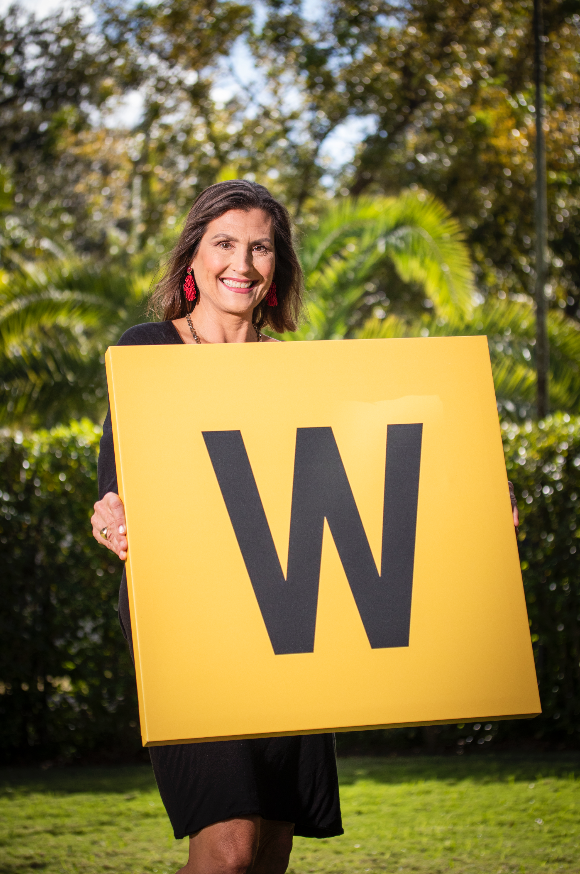 However, the ripple effects emanating from Meyer’s thoughtful, empowering work on behalf of women extend far beyond gender violence. She’s emerged as a rock star in advocacy circles—and not just because her former career in music/entertainment included overseeing Latin American marketing for PolyGram/Universal. Back in the day, she not only helped convince U2 to play Mexico and South America for the first time, but she also went on tour with Metallica and Bon Jovi.

After years of partnering One Billion Rising with the Women’s Fund Miami-Dade on programming and initiatives, Meyer joined the Fund’s board in April 2019 and one year later became board chair. Last October, the Women’s Fund named Meyer as its interim executive director, a transitional tag she hopes will be removed.

“I can’t imagine being anywhere else,” says Meyer, 59. “I’m madly passionate about the people I’m working with and this community.”

For the past three decades, the Women’s Fund has championed women and girls throughout the county, providing some $4 million worth of grant funding for approximately 500 programs. In recent years, the Fund has focused on collaborative initiatives that make a difference in four core areas: economic mobility, leadership, health/well-being and freedom from violence. Those initiatives involve the Women’s Fund with countless nonprofit organizations and businesses that share a common purpose.

“People with a good heart come together, like in a village square, and they put on their gender lens to focus on women and girls—because you have to look with a different lens to see things clearly,” she says. “And you ask, what are the issues and how can we help?

“We need housing for girls graduating high school and aging out of foster care. We need to look at climate change because it’s affecting outcomes of pregnant people, especially women of color in parts of the city that don’t have the financial wherewithal to have air conditioning on all the time.

“We’re all about collaboration. We bring these things to light, and then we create change.”

Meyer spoke with Lifestyle about some of these issues, including a subject with which, unfortunately, she’s familiar. [Editor’s note: This is the first of a two part article.]

You were one of the core organizers in 2013 for the first year of One Billion Rising celebrations in Miami. Had something happened in your past that made ending violence against women personal for you?

It’s crossed my path, at several different stages of my life. I can’t say that [her episodes are] as poignant as the stories of a lot of women I know. But, yes, more than once.

Both. Not long term. But one-offs. And that’s bad enough. … I’ve been fortunate to live a life of privilege; I’m the daughter of a lawyer and musician. I got to study in Spain for 10 years and live abroad. And I also had the luxury of being able to share anything with my parents. They never judged. So, the things that happened to me did not dramatically mark my life.

But when you look around any one room [filled with women], there are so many stories. It doesn’t mean that they’re all life-crushing. But gender violence isn’t good for anyone. Our friends at the Department of Children and Families will tell you that children are the ones who suffer the most. … And, yes, [the victims can] be marked for life.

I was on a conference call with the state attorney, Katherine Fernandez Rundle, and she was bringing up all the neuroscience [regarding violence against women]. It’s proven. It changes your brain. Dr. JoNell Potter, director of the Thrive Clinic at the University of Miami Miller School of Medicine [one of the nation’s few health clinics for survivors of human trafficking] will tell you that it radically changes your brain structure and people’s capacity to react.

Before, we could have shared anecdotal stories about this. But now, there’s [scientific] proof. We need to break the chain. Life is hard enough without gender violence.

UN Women, the United Nations organization dedicated to gender equality, has reported an increase of domestic violence around the world during the pandemic. Does the Women’s Fund have evidence locally to support that?

Last April, I got calls from Ivon Mesa, [director] of the Coordinated Victims Assistance Center; from the state attorney, Katherine Rundle; and from Judge Carroll Kelly [Miami-Dade County Domestic Violence Division]. And they were all saying the same thing. Nobody was calling the domestic violence lines [early in the pandemic]. Domestic violence was going up across the globe because people were in isolation. But, locally, people were afraid of COVID. They were afraid the organizations or programs that offer help weren’t open.

So, the Women’s Fund put together a virtual Impact Collaborative [one of the Fund’s topical presentations] on domestic violence in times of COVID—and we provided information about all these different places to go for help. We had Dr. Brook Bello speak; she’s a brilliant survivor champion [and the founder of More Too Life, which offers programs and resources to help empower survivors of human trafficking]. We did a public awareness campaign in Spanish, in English and in Creole with all these different messages. It was us working collaboratively with all of our partners and all of our friends to get the word out.

And, you know what? [Domestic violence] calls went through the roof.

Miami-Dade County remains the largest human trafficking hub in the state. What can the Women’s Fund and One Billion Rising do to support law enforcement?

We did the official “Stop Sex Trafficking” campaign of the Miami Super Bowl Host Committee last year. We had a major public awareness campaign; we worked with so many different organizations. But it’s individuals who ultimately make the difference. If you don’t know what you’re seeing, if you don’t feel like you’re capable of calling, that’s how trafficking keeps on going. People need to be educated and understand the humanity—to see each other as human. That’s when things will shift.

We worked with survivor leaders and partners who are in the field, and they helped us change the imaging around what people think human/sex trafficking looks like. Most people don’t self-identify as “I’m being trafficked.” Often, it’s somebody who’s vulnerable because they’re having issues of intimate partner violence that grows into a lack of self-worth, or they’re having problems at home, or they’re looking for support and for attention. Predators prey on those vulnerabilities.

So, it’s important for us to understand what it looks like—and then not be judgmental. We want to offer support and reduce demand. If there wasn’t so much demand, there wouldn’t be so many horrific traffickers, wielding incredible tools of manipulation to engage victims.

Power of the Purse event

What: The annual fundraising luncheon for the Women’s Fund Miami-Dade typically draws upward of 1,000 attendees. Expect a similar audience this year, as the organization that creates opportunities for women and girls to thrive in the community pivots for an online Zoom event. The luncheon promises guest speakers and a silent auction with a designer and one-of-a-kind items donated by female entrepreneurs, private room giveaway prizes and virtual swag bags.