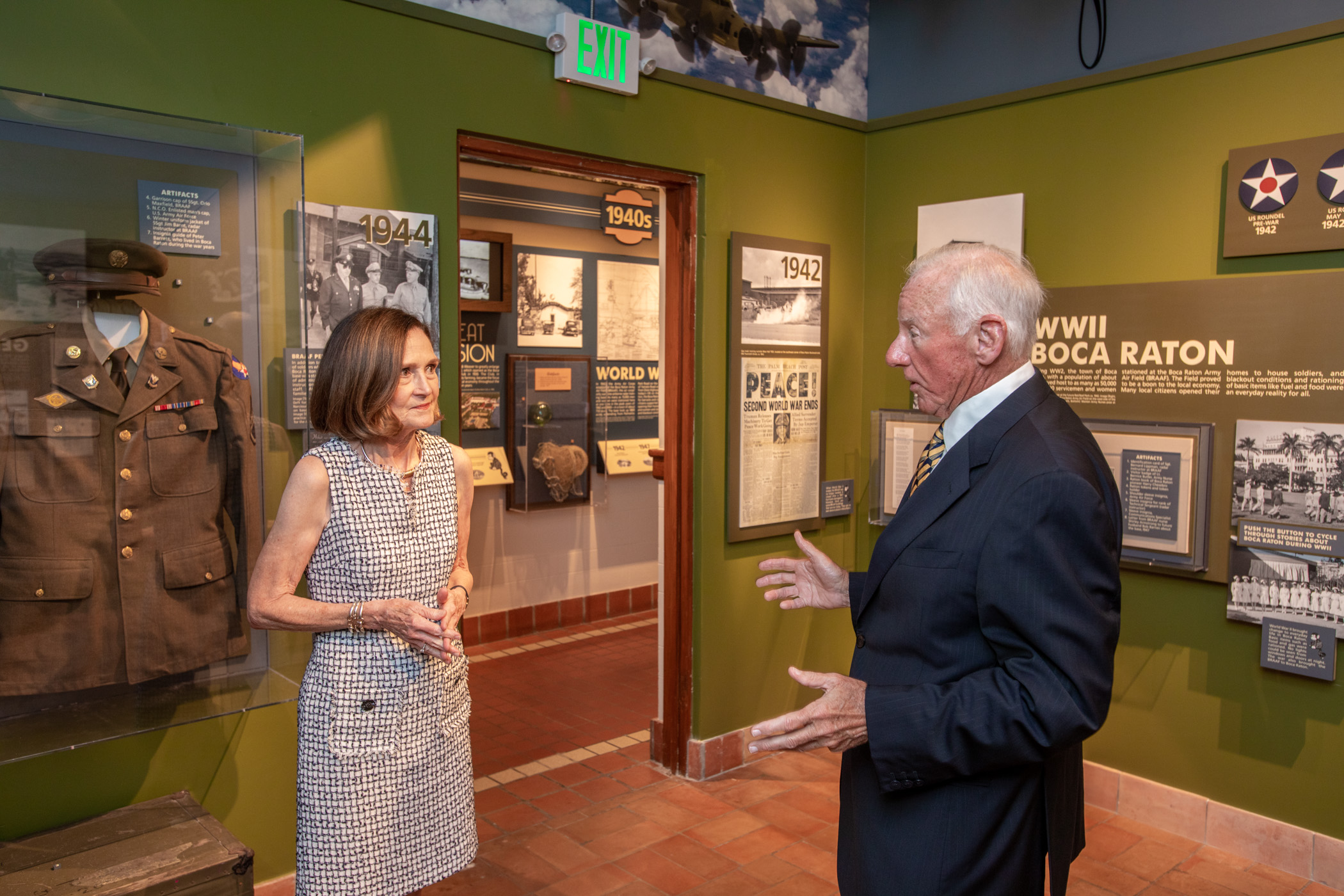 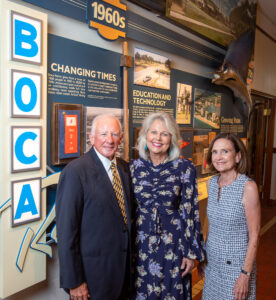 The Boca Raton Historical Society & Museum will be renamed the Schmidt Boca Raton History Museum (SBRHM) after receiving a $1 million donation from The Schmidt Family Foundation, led by Barbara and Dick Schmidt. The donation funds will be used to sponsor the museum’s public display areas, create new immersive exhibits and internal gathering spaces, including the historic Council Chamber and research library.

“The history of Boca Raton is important to our community, so it is important to me and my family, a legacy that began with my parents, Charles and Dorothy Schmidt,” says Dick Schmidt, while touring the renovated museum that is housed in the city’s historic Town Hall, located at 71 N. Federal Highway in downtown Boca Raton (33432).

The new exhibits will showcase the growth and development of Boca Raton’s beginning as a small farming town to a vibrant modern city. The displays will incorporate artifacts and images from the museum’s extensive local history collections.

“The Schmidt Family Foundation is proud to support the purpose and community outreach of this truly valuable organization,” says Barbara Schmidt. “The redubbed Schmidt Boca Raton History Museum meets our mission of strengthening and enriching our community through education.”

The new permanent galleries include:

“The Schmidt Family Foundation has been a longtime partner and generous supporter of this museum going all the way back to Boca Raton’sRaton’s original downtown redevelopment plan in the 1980s,” says Mary Csar, executive director of the Historical Society. “This donation—one of the largest in the museum’s nearly 50-year history—will underwrite a significant portion of our ongoing top-to-bottom reimagination, redesign and renovation, leading up to our official reopening and relaunch later this year.”

“The historic Boca Raton Town Hall has been our home since the mid-1980s,” says Csar. “But, due to space limitations, our exhibitions have been temporary and largely two-dimensional. Not any longer. The dynamic redesign of the new Schmidt Boca Raton History Museum will allow for both permanent and changing exhibitions that will appeal to families, students and research buffs of all ages—a project we call History Alive!”