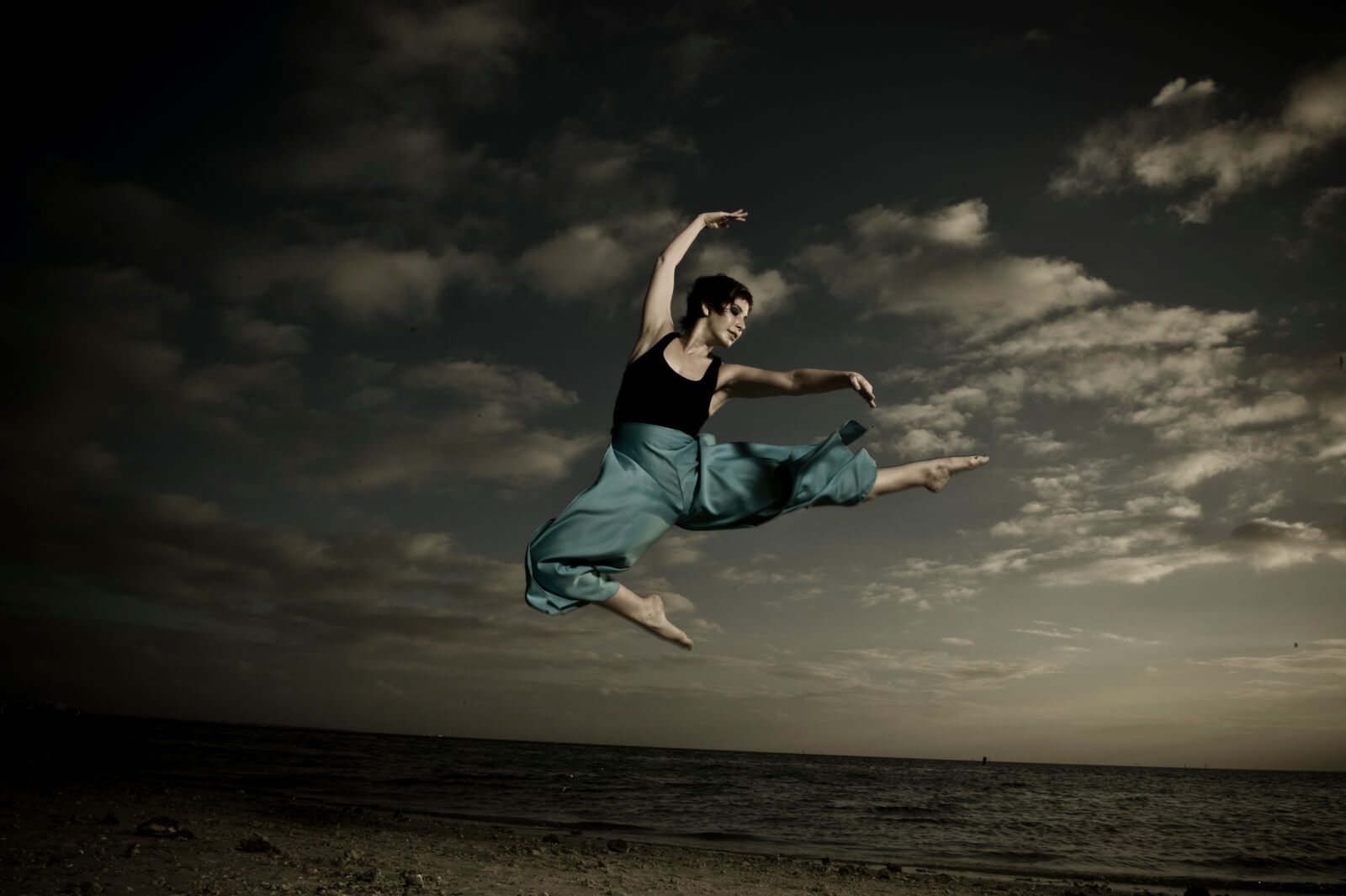 Though we all notice body language, few people are as attuned to it as Coconut Creek resident Daniela Wancier. In fact, she is one of only 35 people in the world certified in a specific type of movement pattern analysis.

Delving into the academic side of dance was the ideal career track for Wancier. Though she danced for Momentum Dance in Miami after earning a bachelor’s in dance and art history at George Washington University in 2009, she realized that she didn’t want to perform as much as she wanted to study dance.

This desire ultimately led her to earn a master’s in dance at Ohio State University, where she studied theories of movement. She then became certified in a system of movement analysis called Laban/Bartenieff movement analysis (named after the ones who developed it). The systems give a concrete language to dance—a language that is infused into Wancier’s teaching style. The only full-time dance professor at Broward College’s central campus, Wancier teaches three classes a semester and directs its dance concert.

“[I use movement analysis as a tool] to be able to simplify movement into a language that all my students can understand, especially at BC, where I have the beginning student and the advanced student and the nursing student who just wants to try it,” Wancier says. “It brings us to a common denominator where we can learn dance and also see how it’s relevant to our everyday lives.”

The classroom isn’t the only place Wancier helps others analyze their movements. Wancier founded Suite Decisions, helping businesses improve working environments by analyzing workers’ movements. As part of this consulting, she records 90-minute interviews with individuals. She then watches the recordings with the sound muted, looking for specific posture-gesture mergers (movements made with the whole body) that reveal behavior patterns and decision-making style. Feedback on this data allows companies to implement more successful strategies.

“One goal is not only to optimize the process of decision-making so mistakes aren’t made or opportunities aren’t missed, but along the way, because we build self-awareness, it helps to minimize conflict,” Wancier says.

Her work has caught the attention of other professionals who focus on movement. In late July, she presented at Harvard University School of Medicine’s international conference, “Movement: Brain, Body, Cognition,” which is attended by a variety of professionals—dancers, choreographers, physicians, psychologists and occupational therapists. Her presentation, titled “Posture-Gesture Mergers: Integrated Body Actions That Reveal Decision-Making Style,” used case studies from her work with Suite Decisions.

Presenting at the conference is one way that Wancier’s studies have changed her professional life. But she also credits learning about movement analysis with impacting her own life.

“It changes you as a person because when you have such an awareness about movement, it has to begin with yourself. You become incredibly self-aware,” Wancier says. “And then you start to see that in others, so it starts to change your relationship. All of a sudden you start to look at the larger picture of you and the world. It is that big; it’s that powerful.”