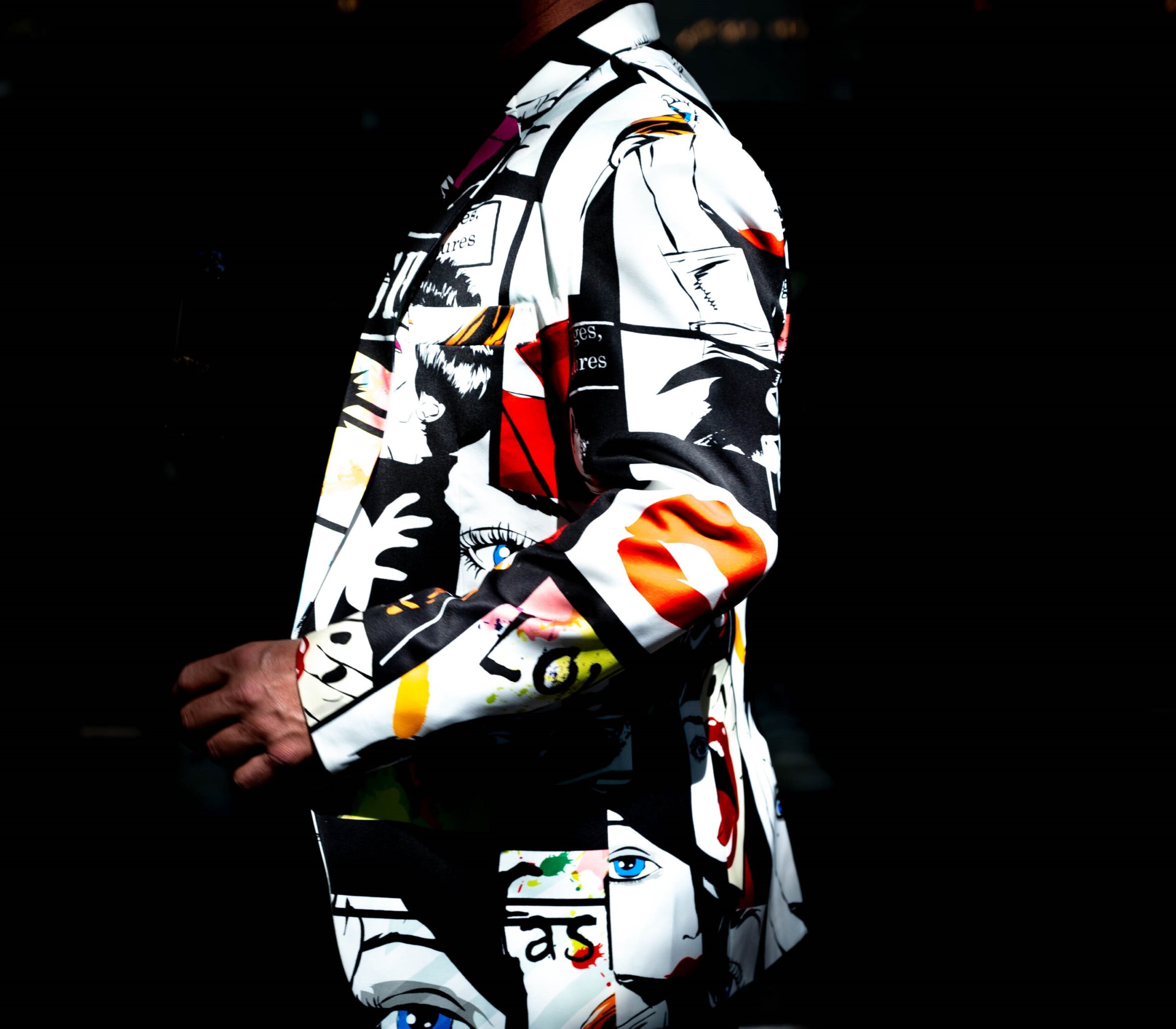 More striking images of real people from members of the Palm Beach Photographic Centre, part of a larger juried exhibition that runs through Oct. 29 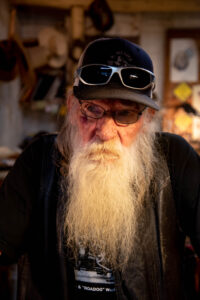 About the images: The Exotic Car Show on Las Olas provided the backdrop for “Headless” (opening photo), which Ehlers describes as an unplanned, spontaneous shot. “As I was leaving, I spotted this man [wearing black pants] and caught the picture; with the lighting, you could only see his jacket. It’s one of my favorites in its simplicity and how it sparks the imagination.”

“Mr. Bear” was a well-known silversmith and jewelry repair specialist in Santa Fe, New Mexico. “As he was repairing my jewelry, I noticed the light on him and asked if I could photograph him. He has such an interesting face; the photo makes you want to sit and hear his stories. … I recently vacationed back in Santa Fe and went to take him a copy of the photo. I found out he passed away about a year ago. I’m so glad I have this memory of him—and I was happy to share it with his family.”

About the photographer: The public relations consultant and owner of the Ehlers Group in Fort Lauderdale began studying photography in 2005 in an effort to take better travel photos. She went on to take classes at Old School Square in Delray Beach, Boca Raton Museum of Art, and Palm Beach Photographic Centre. She’s currently working virtually with a photo coach in Maine. “That’s the greatest thing about photography,” says Ehlers, who uses two Nikons (a 750 DSL and a Z6 ii mirrorless. “You can always keep learning and growing.” 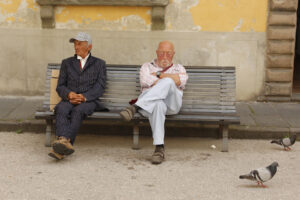 About the image: “The photo was taken in Lucca, Italy [a Tuscan city on the Serchio River]. I wanted to show the world the simplicity of Italian culture. The attire and the facial expressions of the two men on the bench provide an interesting contrast. And the [two pigeons] also stand out from the rest of the components.”

About the photographer: Blum, a native of Delray Beach, is majoring in photography at the University of Arizona. He attended the Photographic Centre’s summer camp program as a high school freshman; Blum went on to win awards for work he submitted to the Scholastic Art and Writing competition. He uses a Canon T5 Rebel to take his images.

What: The 26th annual juried exhibition “provides a glimpse into the diverse work and the unique perspectives of [PBPC] members,” according to the organization’s CEO, Fatima NeJame. The show features photography by 36 members, including the images included in the October feature for Lifestyle. Craig Blacklock, one of the nation’s top nature photographers, served as juror.