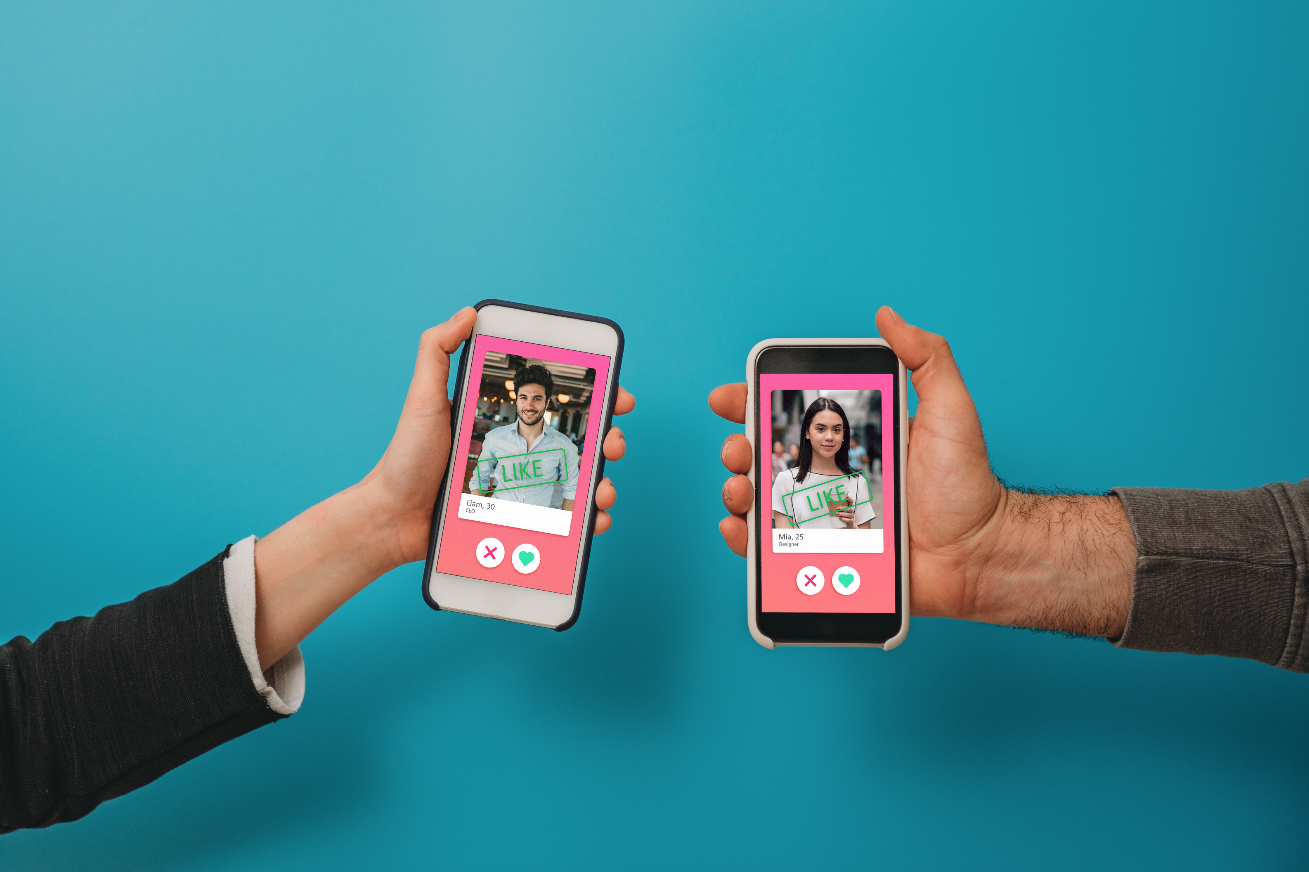 Courting Amid COVID in South Florida

Thanks to the coronavirus pandemic, singles are making online connections like never before—much to the delight of dating apps such as Match, Tinder and Bumble

Online dating had been daunting long before the winter of 2020.

While initiating exchanges with people who “like” your profile on platforms like Match, Hinge or Tinder certainly can lead to romance—eHarmony claims to have created more than 2 million successful relationships—digital encounters also can be undermining disappointments. Men and women pretend to be people that they’re not. Many lie about their age. Others lie about their profession. Some use dating apps to start affairs outside their marriages or relationships.

“Even in best-case scenarios, [online dating members] must basically market themselves with their most flattering photos, interesting attributes and relationship needs,” says Felicia Levine, a couples counselor and board-certified sex therapist based in Deerfield Beach. “It can be humbling and scary. While everyone has the chance to meet someone, there’s also the risk of having their heart broken.

“The one great equalizer with online dating is that everyone is vulnerable. Now, multiply that vulnerability times a thousand, and you’ve got present-day online dating in the time of COVID-19.”

Whatever feelings of vulnerability exist, they haven’t been enough to keep singles from flooding the digital dating scene amid the pandemic. Indeed, COVID-19 has been a boon to online dating platforms. According to a WebMD story last October, Match reported a 40 percent increase in people sending messages during the summer and early fall. More than 3 billion people swiped left or right on Tinder last March 29, the service’s biggest day ever. Business Insider reported that virtual dates on OKCupid were up 700 percent. And the data company Apptopia announced that the top 20 dating apps gained more than 1.5 million daily active users last year.

It all makes sense. Stay-at-home orders left many singles cooped up, stressed out, feeling increasingly lonely—and with time on their hands.

“Humans are social beings and crave connection,” Levine says. “Loneliness can be detrimental, with symptoms such as sleeplessness, a decreased immune system, sadness and suicidal ideation. Isolation leaves people with too much time on their hands to ruminate about their problems. It also causes or reestablishes bad habits, such as overeating, substance abuse and oversleeping.

“It’s no wonder people are increasingly desperate to connect. As a result, dating apps are thriving.”

The pandemic, oddly enough, also has given people common ground to establish an early connection. It’s been a place for singles to share stories about work challenges, finding employment, binge watching series on Netflix, being separated from family, navigating virtual schooling (for single parents), and even the highs and lows of online dating.

“It’s an excellent time for singles to date,” Helen Fisher, biological anthropologist and the chief scientific adviser to Match.com, told PBS NewsHour. “People have time. They’re not getting dressed up to go to work. And, most important, they have something to talk about.”

The fact that singles are choosing to have those discussions in a virtual face-to-face setting is changing the way that dating sites operate. While some apps, like Bumble, already had video capabilities, the pandemic prompted other services to launch or renovate the feature. And for good reason. In an interview with The Wall Street Journal, Fisher pointed to a “Singles in America” survey which found that one in five singles had gone on a video date during the pandemic.

“Video platforms allow single members of the AARP crowd to mix, mingle and meet other singles whom they otherwise would not,” Levine says. “These are the folks who never leave the house unless they’re visiting the doctor’s office or grocery store. For younger singles, Zoom [or video services on a dating app] can help weed out people with whom they otherwise may have endured an awkward first date. In terms of creating a false persona, the possibility is there, but it’s equally there if they were to meet in person.

“Perhaps forcing people to engage in some good old-fashioned conversation is not so terrible. In some ways, when it comes to dating during COVID, what’s old is new again.”

“Singles with whom I’ve spoken worry about getting sick,” Levine says. “If they choose to date, they need to essentially take a stranger at their word about whether they’ve been wearing a mask, or have tested negative for COVID-19. But because so many people are excruciatingly lonely, they take the chance.”

Levine is noticing that some singles, once a connection is made, are choosing to ride out the pandemic with that person for safety reasons, rather than dating different people. Though she sees that continuing until the worst of the pandemic is behind us, don’t expect that to become the new normal.

“When [COVID] is finally over, watch out,” Levine says. “It will be like people being let out of their cages.”

The following popular dating sites/apps all offer variations of a video platform.

eHarmony: Around since 2000, the platform boasts having created more than 2 million successful relationships around the world. Premium members can access the video date feature after an initial match.

Hinge: Touted as the app for people looking for meaningful connections, it relies on well-rounded profiles that allows users to tap into specific elements about that person. Video chatting is available after you and your match have messaged one another.

Tinder: The top free dating app, which claims more than 30 billion matches, is known for its “swipe left/swipe right” functionality. It’s Face to Face platform is unlocked when both you and your match opt into the feature.

Bumble: The female-empowered version of Tinder (only women can make initial contact with males in heterosexual matches) offers video chat and voice call features within the app.

Plenty of Fish: Unlike the paid sites, the service launched in 2003 allows users to view matches and communicate for free; in addition to its Live feature for one-on-one chats, the NextDate mode provides a speed-dating function with a series of 90-second encounters.

Coffee Meets Bagel: Perfect for those sick of swiping, the app’s smart algorithm delivers potential matches (called bagels) to men every day at noon; any likes are then presented to women to like back or pass. Select daters also have the chance to sign up for organized video chats with other CMB members.