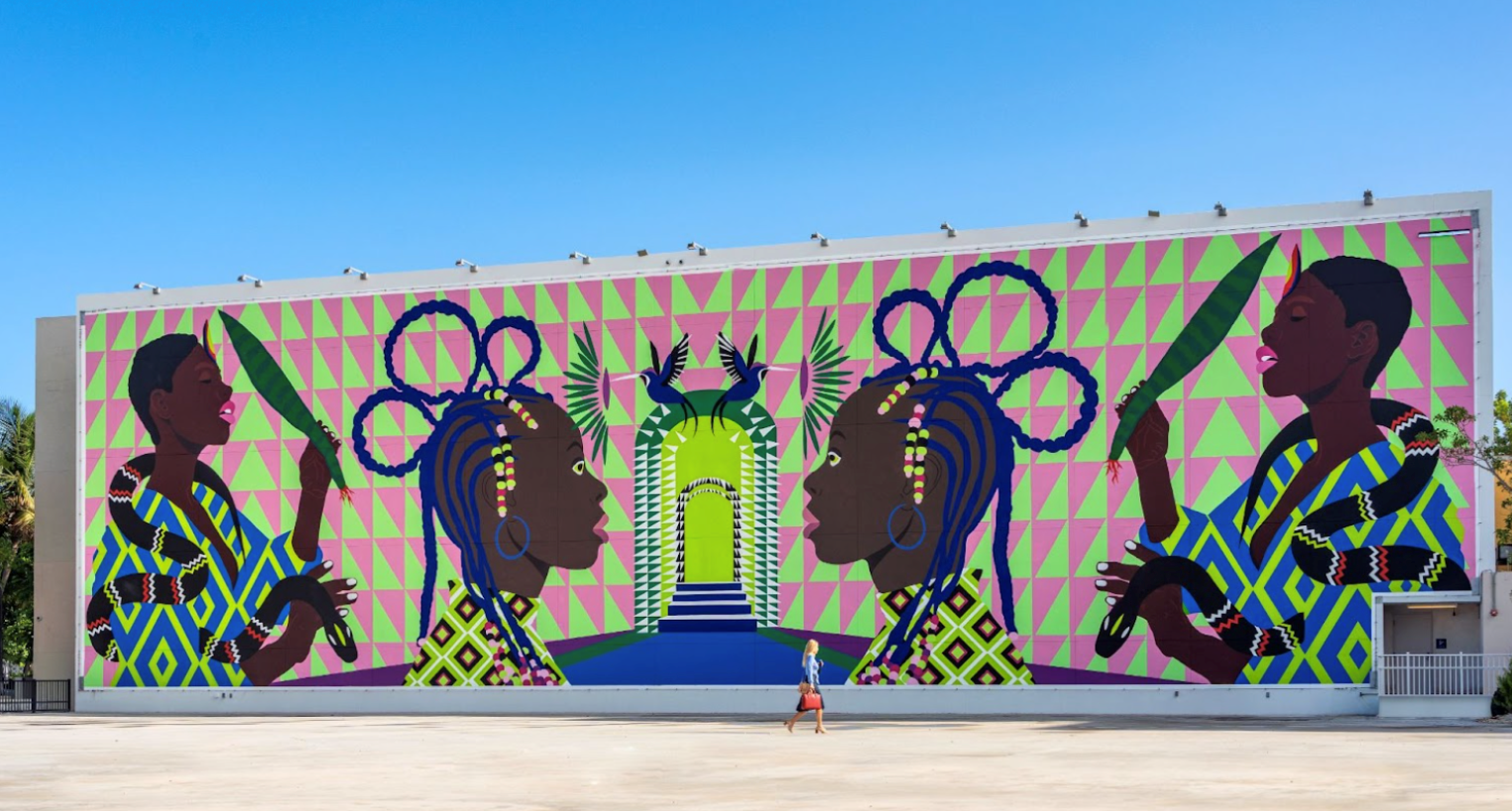 The public artwork will be displayed in Jungle Plaza

Criola, one of the most prominent and socially-charged muralists, was chosen to craft the Miami Design District’s (MDD) latest public artwork. Drawing from her Afro-Brazilian heritage, Criola explores the protagonism of Black women and their influence on the world. Her most well-known work outside of Brazil, Interdimensional Portal, is now on display in the Miami Design District, scaling 39 x 137 feet. The mural in Jungle Plaza features a display woven with neon pops of color and bold prints to electrify the visual landscape of the neighborhood, which was commissioned by MDD’s new Director of Cultural Programming, Karen Grimson.

“For me, the possibility of having a mural in Miami is symbolic,” Criola says. “I feel I am crossing imaginary borders constructed by colonialist logic that exerts real dominations and division.”

“There is an undeniably strong history of representation of Black female figures in Brazilian art, from Candido Portinari and Tarsila do Amaral, to Dalton Paula and Rosana Paulino,” Grimson says. “Criola’s work builds on this legacy but also pushes the boundaries on the possibilities for Black women’s self-determination, thereby confronting systemic racism and state repression. I think that allocating this massive wall in the public space to the work of an Afro-Latina artist who is representing pre-colonial rituals is a political gesture that will not go unnoticed and will resonate loudly across the heterogeneous communities that make up Miami, which is in itself a ‘Creole City.’”