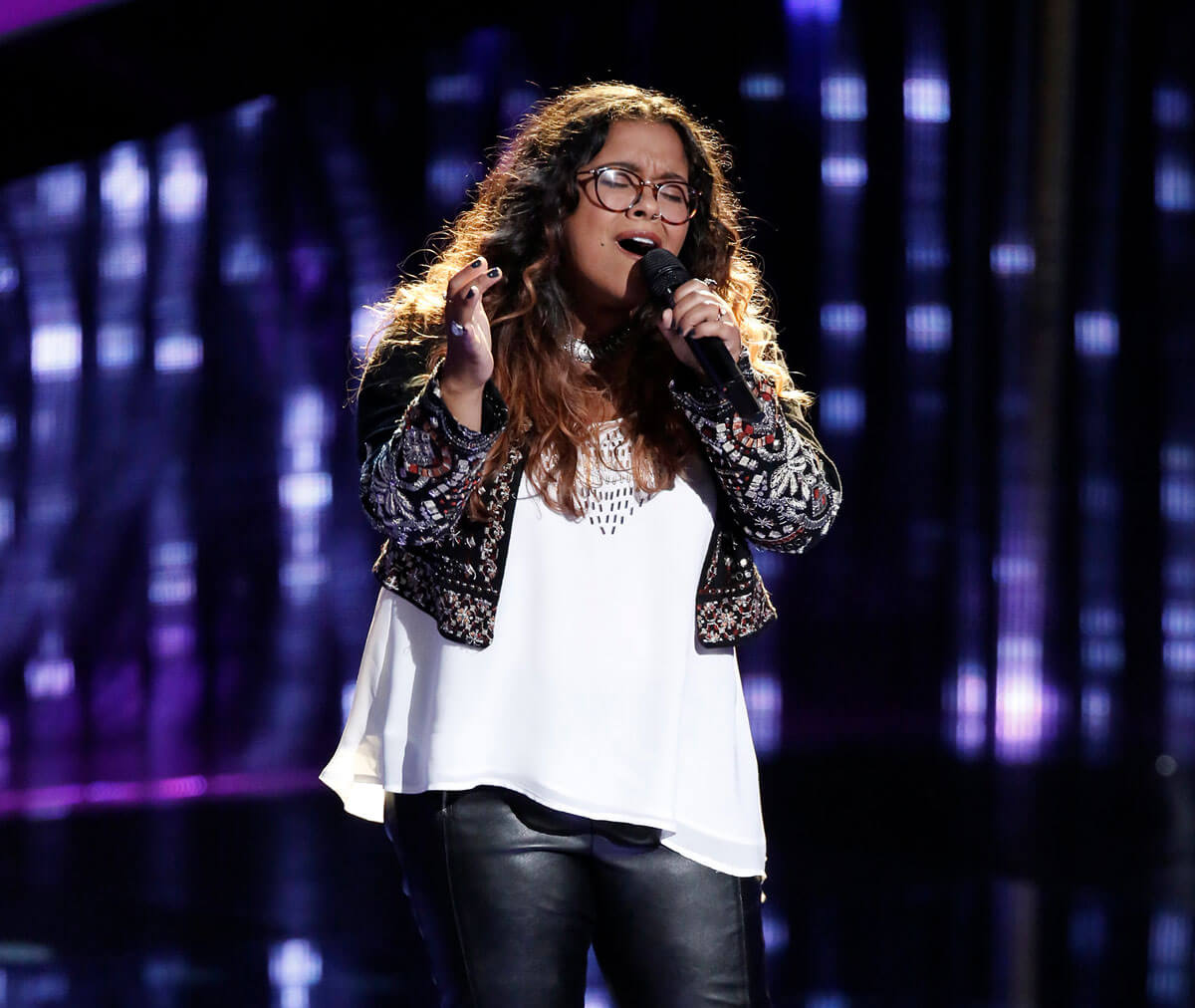 Though her arc on the reality-competition show may not have ended the way she had hoped, Brooke Simpson found nothing unlucky about Season 13 of NBC’s “The Voice.”

Her journey to the finals (she finished third) resulted in two No. 1 recordings on Billboard’s Hot Christian Songs chart (“O Holy Night” and “Amazing Grace”), nearly 20 million combined views of her show performances on YouTube, stage time with pop singer Sia, and a cellphone filled with encouraging texts from her coach, Miley Cyrus.

More important for the Fort Lauderdale resident, “The Voice” renewed her faith in a destiny that has the undying support of a small tribal community in unincorporated Hollister, North Carolina, as well as Native Americans throughout the United States.

“It’s mind-blowing to think how a few months can change everything,” says Simpson, 26. “If I can sing songs that I write for the rest of my life—whether it’s for 10 people or 10,000 people—and my music connects with them and brings them joy? That’s my dream job.”

That such a dream may come to fruition is even more improbable given how close Simpson was to bailing on it.

The daughter of full-time evangelists, Simpson grew up in northeastern North Carolina as part of the Haliwa-Saponi tribe. (“I used to tell my friends who couldn’t pronounce it to think, ‘Holly wants a pony,’ ” she says.) More than 60 percent of the tribe’s some 4,300 members live in the region.

“In the community, the tribe helps to provide low-income housing and daycare for people,” she says. “We also have a female chief; I believe it’s the first for our tribe.”

Her musical influences were all over the map—Cher, the Spice Girls, Christina Aguilera, Destiny’s Child—but the closest thing she had to formal training was observing her mom’s vocal choices when singing gospel tunes.

Her parents, meanwhile, didn’t realize the gift their daughter possessed until they brought her on stage to help sing “I’m Coming Up on the Rough Side of the Mountain” during an evangelical stop. “They were thinking it would be something cute,” she says. “But (her singing) changed the dynamic of our group. Instead of just Mom and Dad, [we performed] as a family.” Simpson was 7 at the time. The next year, she started writing her own songs.

It came as no surprise that she went on to study music (and business) at Lee University, the private Christian college in Cleveland, Tennessee, where she also met her future husband, Ray (the couple married in March 2014). The two moved to Fort Lauderdale after Ray was recruited as a worship leader for Potential Church. Simpson served as creative assistant, which occasionally involved “how to take a Katy Perry song and make it awesome at church.”

But as much as she loved the work, she also felt a part of herself slipping away.

“Last year was hard for multiple reasons, one of them being that it felt like every door was closing, musically,” Simpson says. “Any door I tried to force open myself, it wouldn’t budge—whether it was getting the right ears to hear me, or putting my music in the right hands. Being 26, I felt like maybe it was time to come up with a Plan B.”

Ray thought otherwise. He encouraged his wife to audition—again—for “The Voice.” She had done so four years earlier, but to no avail. This time was different. Her rendition of Demi Lovato’s “Stone Cold” for the blind audition prompted all four judges (Cyrus, Blake Shelton, Jennifer Hudson and Adam Levine) to turn their chairs in the hope of landing Simpson for their team.

“I wanted Miley as my coach from the beginning; to see her turn around, it blew my mind,” she says. “I took into consideration that no matter what song came my way, Miley would have nothing but the best advice to give. She’s played psychedelic rock, she’s done pop and R&B, she’s doing country; she dabbles in everything. The confirmation was when she put my hand on her heart—and I could feel how fast it was beating. I knew I had made the right choice.”

Though Simpson expected minimal contact with Cyrus, perhaps only when the cameras were rolling, the reality was just the opposite. “Even when we weren’t together in L.A., we emailed back and forth, trying to figure out the perfect phrase, the perfect moment, and how to approach a song creatively,” says Simpson, who describes her own soaring voice as somewhere between James Brown and Britney Spears. “Miley was fiercely invested as a coach.”

So were Simpson’s Native American fans, who seemed to enjoy the ride as much as she did. Members of the Haliwa-Saponi tribe held viewing parties when she performed, and other tribes from coast to coast reached out through social media, personal messages and phone calls. “It was such an honor to represent my tribe—and to know that Native Americans all over the country felt I was representing them,” Simpson says. “It’s been humbling.”

As Simpson weighs her options moving forward, one thing is certain. “From here on out, there is no Plan B,” she says. “Plan A is what I was created to do, and it’s what I’m going to do for the rest of my life.”