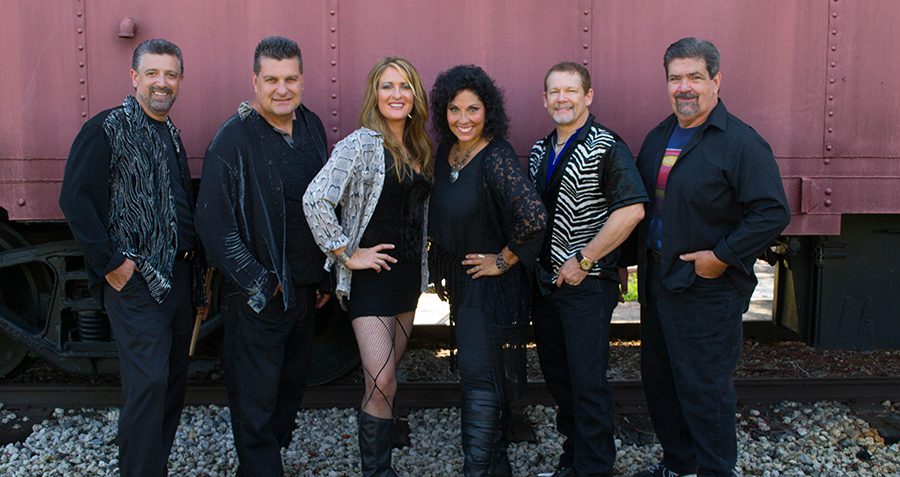 South Creek resident Alexis Mitchell didn’t know she’d spend her weekends imitating and singing almost every song made famous by Ann Wilson and the rock band Heart. But now, Mitchell is the lead singer of LifeLine, a tribute to the music of Heart. They’ll be performing at the Township Center for Performing Arts on Nov. 18.

A second career in a rock band wasn’t an aspiration, she admits, despite having appeared in more than a few lead roles in musical theater productions throughout South Florida for three decades.

Three years ago, she received a call from a friend, Denis Casaubon, a keyboardist and vocalist, who had the idea she might be the one for a new band he was forming. “He knew I sang and performed, and thought I might want to try something different,” Mitchell says. “I thought I’d give it a shot, so we got together and jammed.”

His idea was a performance band that would have in its repertoire the music of the 1960s, ’70s and ’80s. “So, I sang some songs by Pat Benatar, Gloria Estefan and then we hit on the songs of Heart,” Mitchell recalls.

Something clicked. “Denis came up with the idea of a Heart tribute band.” But the real Heart wasn’t just Ann Wilson; it was her sister, Nancy, who added dynamic guitar riffs cemented in rock guitar history.

“We searched around for a female lead guitarist to complete the band,” says Mitchell about the other “girl” in the group, Boca Raton guitarist Mabel Vittini. Rounding out LifeLine is Mylo Anthony, the band’s manager, co-founder and bassist; Michael McAuliffe, guitarist; and Anthony Vomero on drums.

“We play the songs the way everyone remembers the radio rock hits,” says Mitchell, who, by day, is assistant to artistic director Claudia Genteel at the Township Center for Performing Arts. “I don’t just sing Ann Wilson’s songs. I sing the songs the way she sang them. I do try to emulate her voice.”

It wasn’t, however, the first time she’d performed publicly imitating a famous pop singer. In 2000, while watching television, she came across Your Big Break, a talent show produced by the late Dick Clark.

“It was before American Idol and The Voice, and the premise of the show was that every day, people who sounded like a famous singing star would compete,” she says. Mitchell sent in an audition tape of a rendition of the Cher song, “If I Could Turn Back Time.” (“When I would go out and sing karaoke, people told me I sounded like Cher,” she says.)

A month later, she received a call from producers of the show. She was flown to California to appear with five other contestants for the second season. “Out of 2,000 videos, they picked six people.” While she didn’t win, it was an experience she won’t ever forget. “It was my 15 minutes of fame.”

LifeLine: A Tribute To Heart