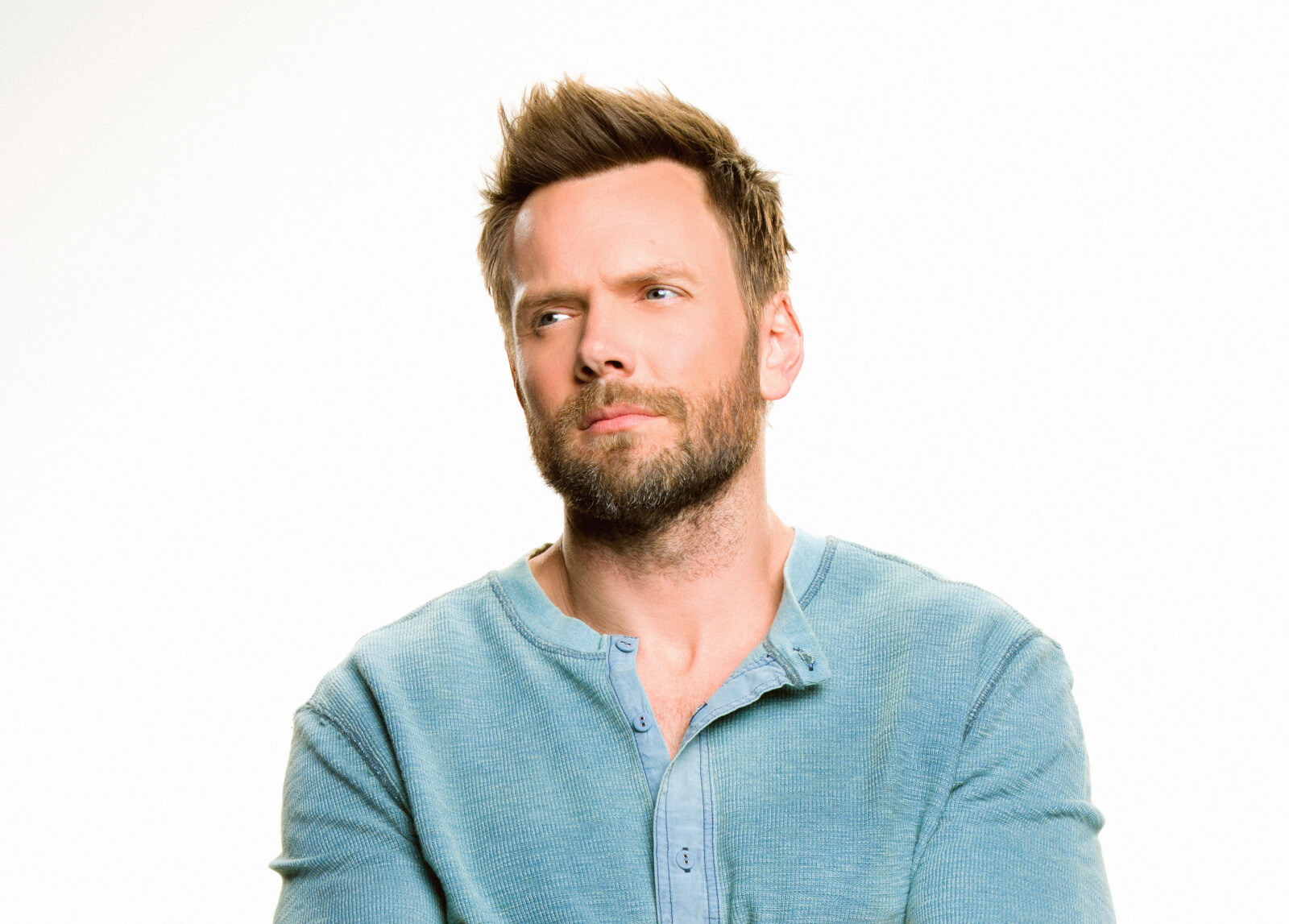 When asked about the most challenging part of transitioning to stand-up comedy after gaining fame as an actor on the TV situation comedy “Community” and as host of “The Soup” talk show on the E! Entertainment channel, Joel McHale notes that it’s all about finding your comfort zone.

“It’s really about whether the clubs are properly air-conditioned or not,” he quips. “Because you have to manage whether you’re going to wear a sweatshirt or T-shirt on stage.”

It’s been nearly 20 years since McHale left his flannel shirts behind in Seattle—where the grunge music aficionado cut his comedy teeth at a downtown improvisational theater and on a local sketch TV show called “Almost Live!”—and moved to Los Angeles with his wife and a five-year plan to “become solvent.”

Four years in, after nearly resigning himself to being “the greatest commercial actor of all time, because I just couldn’t break into TV or film,” McHale snagged a career-altering gig as host of “The Soup” in 2004. His smart and sarcastic take on the world of talk shows and reality television made “The Soup” must-see TV for more than a decade—and opened the door to acting roles in film and on television, including McHale’s six-season run on “Community.”

The 46-year-old father of two (with his wife, Sarah, of 20-plus years) brings his razor-sharp wit to Seminole Casino Coconut Creek this month. He spoke to Lifestyle about growing up in Seattle, co-headlining with President Obama and more.

In 1992, you walked on as a football player at the University of Washington and played tight end on the scout team. Before that, you were on the rowing team. How did you go from oars to shoulder pads?
I was recruited to row for the university. I don’t know if you know this about rowing, but nobody watches it. Except for at the Olympics and maybe a couple of romantic comedy movies. When no one is watching a sport, they come up with rituals and clubs to make themselves feel important.

So, they had all these hazing [rituals] and rules, like the freshmen rowers had to shave their heads and eyebrows and put that into a hair pillow. Or you had to push in chairs a certain way at meals. It was so dumb.

We didn’t push in a chair properly one time, and I remember the team surrounded us and started smacking us around. These guys loved hazing. This is all they did. So, I quit.

There were a bunch of football players in my frat at the time, and they suggested I come out for the team. I came the year after UW won the national championship—and I was able to drive the team down. … But I never turned a knee inside out, so I’m very grateful.

One of your former teammates tells a story about you playing the team doctor during a talent show. Do you remember that skit?
That’s when I learned how good I was at not playing football. The biggest response I got from the team was on that skit night. I played the team doctor who always told guys they were fine, no matter the injury. We kept bringing up guys with worse and worse injuries. And my character was like, “Fine, get in the game.” And then, at the end of it, the kicker comes up with a hurt finger—and we call the ambulance to take care of it.

Not the greatest sketch, but the seniors loved it. That was the first time they paid attention to me without it seeming like they were going to kill me. I thought maybe I was onto something [with acting].

You went to high school and college in the great Northwest during the height of grunge. What was that like for someone, like you, who loves that music?
It was a weird and wonderful thing, growing up in Seattle in the late 1980s and early ’90s. I just assumed that every city had their own bands, like we did. You’d go to a club or venue and see Alice in Chains. Or Nirvana. Or Mudhoney. Or The Posies. Or Pearl Jam. And then the world exploded, and everyone knew about Seattle. Suddenly, our bands were on the radio all the time. It was a great time.

I remember going to music festivals back then, and the mosh pits were so crazy that I’d leave without shoes. I’d literally lose my shoes somehow. The trick was [walking back to the car] without stepping on any needles.

Is it true that you were diagnosed with dyslexia at the same time as your son?
My oldest son was tested because he couldn’t read very well. They started describing his symptoms, and I was like, “That’s me.” The doctor goes, “I was wondering which parent it was, because it’s passed down.”

I don’t know why I was never diagnosed. Maybe because there wasn’t as much information and testing about it in the 1970s. They just told me I was a “slow starter”—which is a brutal thing to call a kid. …
There was never a moment or a person that inspired me to go into acting. But being dyslexic drove me toward that route, because I was terrible in school and everyone knew it. So, I made a decision in seventh grade that this was what I was going to do.

You hosted the White House Correspondents’ Association’s dinner in 2014. How would you describe that experience?
It’s the most nerve-racking situation that I’ve ever been in—in my entire life. I truly believe that even if the next airplane I board crash lands, and I somehow survive it, it will not be as nerve-racking as the correspondents’ dinner. It’s crazy from the get-go.

You look out in the audience, and it’s like looking into a wax museum of famous people. There’s Robert DeNiro, and he’s sitting next to the Dos Equis guy. And there’s Pamela Anderson right there. And there’s that gymnast from the Olympics. You don’t know what’s going on.

Then, you have dinner with the first lady, which is lovely. And then the president is your opening act—and [Barack Obama] was remarkably funny. And very competitive. You gotta be ready.

What can people expect from your show in Coconut Creek?
It’s a lot like an Alice in Chains show from 1996. Lots of pyrotechnics, Roman candles exploding and long hair, maybe even some feathered hair. If you’re one of those people who gets seizures from Japanese video games, you might want to avoid it.

Joel McHale
When: Nov. 9, 8 p.m.
Where: The Pavilion at Seminole Casino
Coconut Creek
What: The comedian/actor known for his role in the TV comedy series “Community” and for his satirical look at the week in television as longtime host of the E! Entertainment channel’s “The Soup” brings his stand-up act to Coconut Creek.
Tickets: Starting at $30; ticketmaster.com, 800.653.8000; The Pavilion box office opens at 1 p.m. on show day for on-site ticket purchases and will-call pickups.