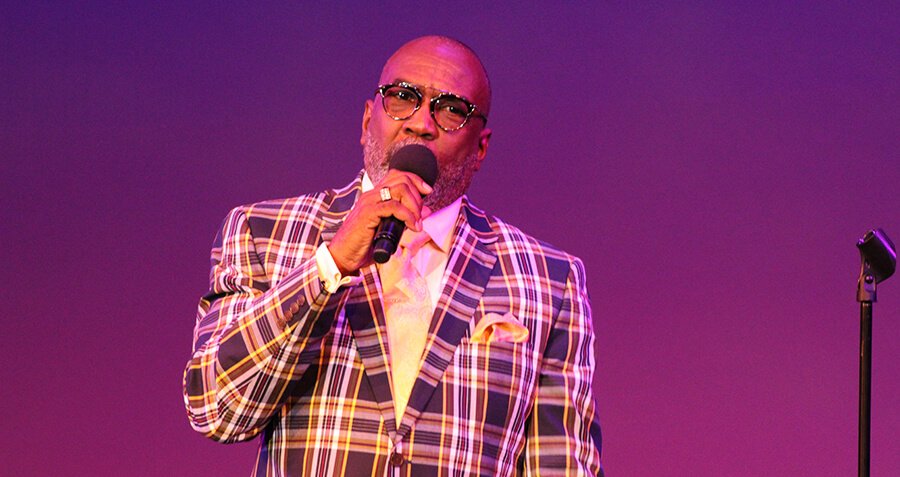 When Louis Sanders was expanding his musical talent at Polk State College (then Polk Community College), he discovered that while he could write songs, he couldn’t seem to play them. Whether he attempted to learn how to play piano or pluck a bass guitar, his fingers “just wouldn’t act right.”

This deeply held confidence was evident in his performance—and ultimate victory—at Creek Idol, where he sang “One in a Million You,” a soulful ballad originally recorded by Larry Graham in 1980.

“I like slow music that deals with emotion,” Sanders says. “I didn’t know what the competition was going to be like, so I had to make sure I brought something that would help me win.”

After graduating from Polk, Sanders attended Bethune-Cookman University on a music scholarship and studied television technology and photography at Florida A&M University. While there, he worked at a Tallahassee civic center, doing stage production for performers such as MC Hammer, Dionne Warwick, The Temptations and Clint Black.

Sanders’ career took him to Dillard Center for the Arts where he was a technical director for 14 years and worked with a young Jason Derulo and hip-hop/classical duo Black Violin. Though he retired two years ago to dedicate more time to pastoring at Macedonia Missionary Baptist Church in Pompano Beach—he holds a doctorate in pastoral counseling—he still helps young people who want to develop their talents.

What were some of the lessons you taught your students at Dillard?

I tried to teach them education is first. I also tried to instill in them that to get your education, you’re really concerned about your craft. You do all you can to better yourself. …

parents that help steer them. They considered me a father figure. When they wouldn’t go to class or they got angry or had issues … they would come and share their stories and look for some encouraging words. I was in the right place at the right time.

[People] cross my path and I share some things I’ve learned. I don’t want to keep it to myself because that’s not what it was meant [for]—to be selfish with my gifts. I want to share it.

He was very talented. I think his upbringing, as well as those who were at Dillard, helped him. [He and] three or four guys put their talents together as a singing group. I was able to give them a tad bit of enhancement to what they had been taught. I would follow them as a chaperone [when they traveled to perform at community events] and was the sound engineer.

What’s your advice to aspiring singers and musicians?

Check out these March events

The Township Theater Group’s original production with skits, parodies and music centered around not regretting the past. Tickets are $8 at the box office.

The High-Class Keys of Dunlap and Pennington