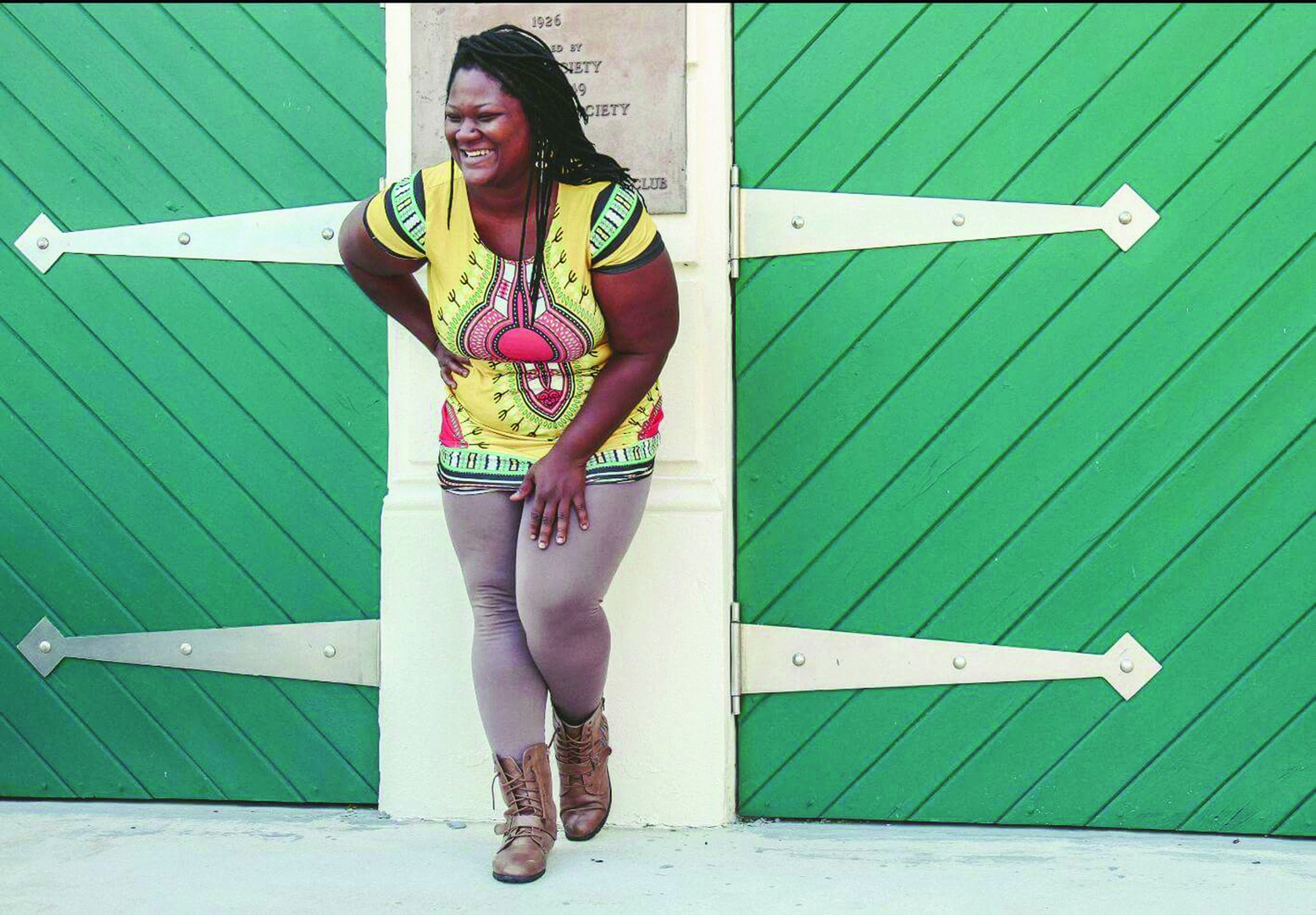 Art is Sharonda Richardson’s icebreaker. Creating keeps her balanced. Writing is her pipeline to communication—and she has a lot to say.

In March, the poet—best known by her stage name, Eccentrich—took her stories to Dallas, where she competed in the international Women of the World Poetry Slam. She placed 14th out of 96 poets representing six countries.

“I had been going through a lot of transitions in my personal life, a lot of struggles,” the Pompano Beach resident says. “At the time, I needed the change of scenery. Dallas was great—I accomplished what I set to accomplish. And, it was healing, honestly.”

On the stage, alone in front of five judges, Eccentrich, 31, opened up about her husband’s suicide, a miscarriage, raising her son in what she calls a police state, and her brother, who is a former Marine.

“I call it glass-house poetry,” she says. “It’s just people staring through all the glass windows you have to your soul.”

The experience inspired her to launch Made in Pompano, a program designed to nurture and showcase young spoken-word artists. On Saturdays at Magnetic Pompano, a movable space in Suite C104 at Pompano Citi Centre, children 12 to 18 prepare to compete next year in Brave New Voices, a national competition that Eccentrich calls the “mecca of youth poetry.” The program is open to South Florida residents for $45 and those in Pompano Beach for $30. In addition to reciting poetry, the kids learn about the cultural arts as a business, such as how to host and run competitions, better known as slams. Throughout, they become “better writers, better people, better listeners, better communicators,” she says.

“I feel like, if we communicate our feelings and thoughts better, we wouldn’t react so negatively,” she says.

Eccentrich has been writing since childhood but was introduced to spoken-word poetry as a pharmacy technician student at the University of Florida in 2004. A fellow poet in the Black Student Union saw something eccentric in her that she didn’t yet see herself, bestowing the stage name she still uses today.

After graduating in 2008, she worked as a pharmacist for about four years, even as “the walls started to feel like coffins,” she says. There was no time to write, no opportunity to express her creativity. Everything changed in 2013, she says, when her husband killed himself. “It’s not worth it to be unhappy anymore,” she recalls thinking.

Now, Eccentrich is a full-time creative. Along with Made in Pompano, the mother of three recently started a local theater company called Eccentrich Displays. She also hosts Jam Sessions, an open-mic night for all art forms—such as poetry, singing, rapping and comedy—at Ali Cultural Arts on the last Thursday of each month.

Eccentrich says she hopes these programs help the new wave of poets learn how to best express themselves.