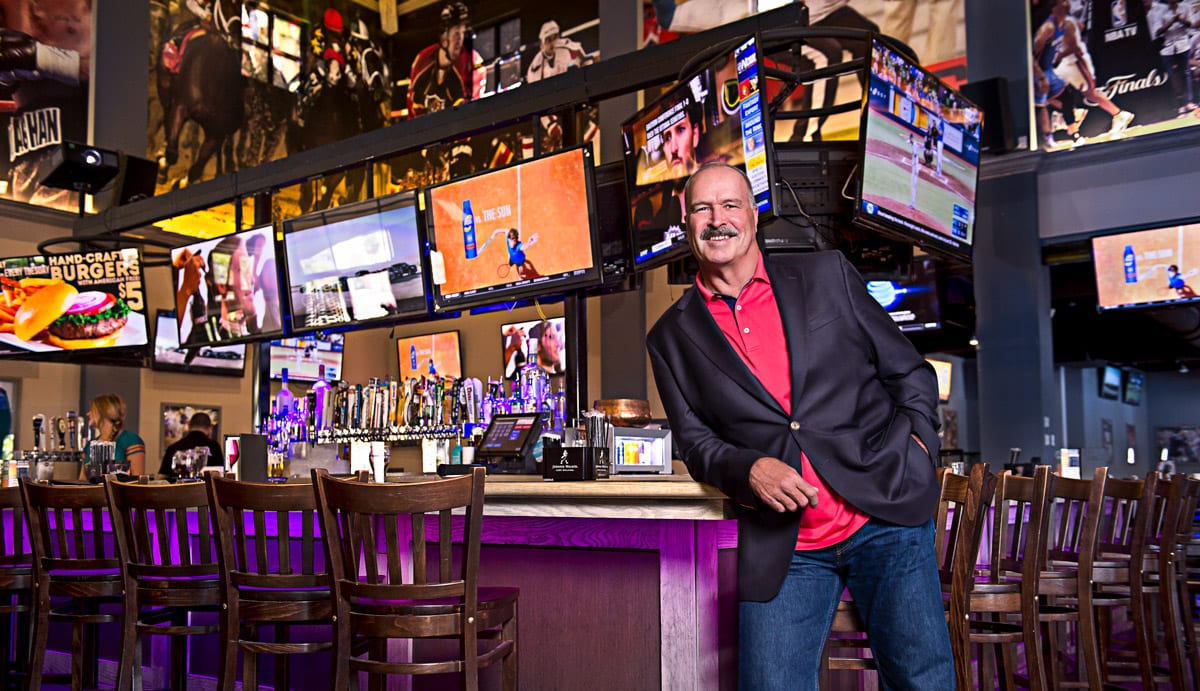 Two years ago, Kim Bokamper was sitting with a small group of high school students before an event on the west coast of Florida. The students, each of whom would receive a college scholarship that night from the host charity, were given time prior to the ceremony to chat with the former Miami Dolphins defensive standout and another retired professional athlete. Two other ex-players were supposed to be there but hadn’t shown.

One of the scholarship recipients turned to the man who played his nine-year NFL career under head coach Don Shula and asked him what he felt was the key to being successful.

“I said, ‘This is going to sound really simple to you, but I believe it: Be on time,’ ” Bokamper recalls. “If you show up late for me, you’re telling me that your time is more valuable than my time. And I don’t agree with that. Fifteen minutes later, in walks the other two guys. For me, that was the snapshot. Two guys are early; both he and I are successful in our post-career businesses. Two guys walk in late; neither had a job, and both were struggling financially and personally.

From his seat in the back room at Bokamper’s Sports Bar & Grill in Plantation—one of seven South Florida restaurants that will bear his name by the end of 2017—it’s evident that “Bo” has learned about more than just punctuality since calling it an NFL career at the end of the 1985 season.

What’s not as evident, at least to those outside his inner circle, is the heartache that Bokamper has shouldered over the past three years, even as his restaurant group, PDKN Holdings (which he owns with partners Patrick Kavanagh, Damon DeSantis and Noel Cullen), has flourished. In February 2014, Colleen, Bokamper’s wife of 33 years and mother to adult daughters Kourtney and Kimberly, died after a lengthy battle with colon cancer. She was 57.

“Every time I walk into this Plantation restaurant, I think of her,” says Bokamper of the first Sports Bar & Grill, which opened in 2008. “We’re a Plantation family; we’ve lived in the same house for 30 years. We both spent so much time here. We’d come in, and she would run into 20 people that she knew. She loved that. …

“Until [cancer] touches you, it’s hard to understand the magnitude.”

As much as there’s no looking back, in terms of where his burgeoning restaurant empire is going, it’s clear in speaking with Bokamper that the past, in many ways, can’t help but inform his present.

“The funny thing about being in the NFL is that you’re making a lot of money, relative to whatever era you played in,” Bokamper says. “Meanwhile, your contemporaries have graduated college, worked a few jobs and have found their niche. By the time I retired at 31, they were just starting to make their ascent.

“I came out of football behind the curve, as far as that’s concerned. I needed to catch up.”

The 6-foot-6 defensive lineman/linebacker—who still looks fit enough to take down a quarterback or two at age 62—had a plan. He would spend the rest of the 1980s learning how to work in the 9-to-5 world. Bokamper took a job with the golf cart company E-Z-Go, where he became a top salesman; he bought and sold an Interstate Batteries distributorship; and, for a spell, he sold municipal bonds and managed portfolios. Along the way, he accumulated golden nuggets about running a business, customer service and managing people and finances.

Still, when South Florida radio station WIOD asked him to do a Dolphins pregame show in 1990, an invitation that eventually led to his own show, Bokamper saw an opportunity to bank on the one thing he knew better than anyone else.

“The constant during those years in business involved inventory,” he says. “I had to have batteries to sell. Golf carts to sell. Bonds to sell. And there was a frustration level, at times, when the inventory wasn’t available. If the factory, for example, was backordered and wasn’t producing enough of the batteries I needed, then I was losing sales.

“When I started doing radio, I thought that there was one thing I could count on, 100 percent. That’s me. I know what I can do. I know how I’m going to react. So I started to brand myself. I decided to become my inventory.”

Television would find Bokamper much the same way radio did. An invitation by CBS4 in Miami to analyze Dolphins games on its Sunday night wrap-up show opened the door to a lengthy run as the station’s sports anchor before he retired in 2015. In all, Bokamper would spend a combined 25 years as a radio and television broadcaster.

“By the time that P.J. [Kavanagh, his PDKN partner] approached me about the restaurant business [in the late 2000s], all the things that I had done were coming together,” Bokamper says. “My name was out there. I had built a brand on radio and TV. I did a lot of community service. So when the business presented itself, the foundation was there.

“I just needed something to put on top of it.”

The local restaurant landscape is littered with failures, including projects attached to some of the biggest names in South Florida sports (the Dolphins’ Dan Marino and former Miami Heat player Dwyane Wade, among them).

But the Shula years had seared something else into Bokamper, beyond being prompt.
“We learned about [the benefits] of preparation, first and foremost,” he says. “So that when you step onto the playing field—or into that restaurant—you’re ready to be successful.”

To that end, Bokamper did his homework. He picked the brain of friend and former teammate Bob Brudzinski, whose Bru’s Room sports bars were popping up across the tri-county area. He and his partners researched ways to hedge their bets—which is why PDKN owns the land on which four of its five current restaurants sit. “If all else fails,” Bokamper says, “you still have the real estate.”

As one would expect from a Shula disciple, Bokamper and his partners also left no stone unturned when it came to the details that would distinguish the brand. There would be multiple bars; state-of-the-art sound systems; varied, affordable and high-quality menu items; and TVs as far as the eye could see. Not only that, but they would be perfectly positioned.

“When we were building out the Plantation restaurant, we hung up cardboard on the outside deck facing [Pine Island Road] where the TVs would be, and then we drove by,” Bokamper says. “We wanted them at just the right height so that cars couldn’t miss them. Someone told us that [tens of thousands of cars] pass through that intersection. If that’s the case, our best advertisement would be the activity on that deck.”

Even as the brand has expanded to Naples and Estero on the west coast, and Miramar and Fort Lauderdale on this coast, Bokamper’s maintains the neighborhood vibe for which it has become known.
“We had a woman whose son was a walk-on with Syracuse basketball, a point guard,” Bokamper says. “He didn’t play much, except for mop-up time. His mother started coming in. She didn’t have the money to travel and see Syracuse in person, so her only resource was to come into Bokamper’s. We gave her a special seat every time Syracuse played; later, I got the son to sign a picture to hang on our wall.

“To be able to do those kinds of things for people, that’s special.”

As busy as he is with two new restaurant concepts—Bo’s Beach House (a casual spot on Fort Lauderdale Beach) and a yet-to-be-named upscale restaurant on Las Olas (with small plates, sophisticated fare, high-end cocktails and even a sommelier)—Bokamper finds time to support local charities, especially the Dolphins Cancer Challenge, which raises research dollars for Sylvester Comprehensive Cancer Center at the University of Miami.

Asked if focusing on the charity work and his business pursuits have helped him to deal with the loss of his wife, Bokamper says yes and no.

“What affects me most … is that I just wish [Colleen] was here to enjoy the fruits of our labor.”

Dolphins Stock: Up or Down?

Bokamper weighs in on the state of the Miami Dolphins heading into the 2017 season.

The past: “You look at the teams that are consistently great in the NFL, and it all starts at the top. There’s been so much turmoil at the top in the decades since [coach Don Shula]. Can’t keep a coach. Can’t keep a general manager. Ownership has changed. There’s no patience today. If you don’t get it done by the third year, we’re going to run your ass out of town—that’s no way to build a foundation.”

The present: “I’m as optimistic now as I’ve ever been about the whole organization, from [owner] Stephen Ross on down. The guys they’re drafting are good people, solid citizens, well-spoken, not cocky. That’s consistent with the guys in the locker room now. There’s been a major culture change in that building. And I think it’s going to take hold.”