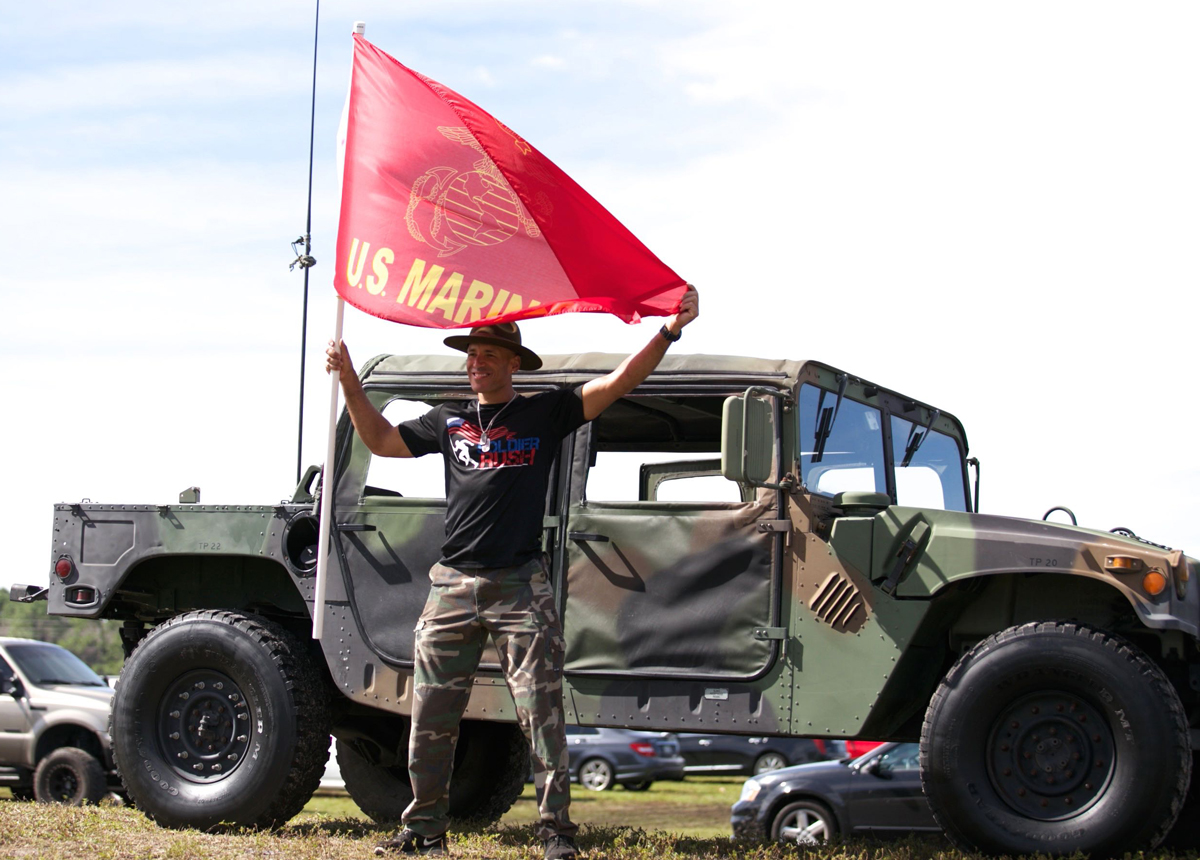 Manuel “Manny” Mair, a local personal training guru with a celebrity following, has been a fixture in South Florida for more than 25 years as founder of One to One Fitness based in Coral Springs.

The former Men’s Fitness model is focusing on his other passion: advocating for veterans.
On Nov. 11, Mair will host the third annual Soldier Rush, a 5K obstacle course he created in 2015 to benefit United Way’s Mission United, an organization that helps military veterans and their families acclimate to life outside the front lines.

Though Mair didn’t witness combat in the Marine Reserves, he’s been concerned for veterans’ well-being since serving about two decades ago.

“I do know there are many who are struggling,” says Mair, 47. “It’s a way for the community to come together and help soldiers who have made the ultimate sacrifice in Iraq or Afghanistan and need resources when they return.”

Turned off by obstacle course races such as the Spartan and Tough Mudder—which he argues are expensive and marketed to elite athletes—the man dubbed “Iron Man” during his boot camp training at Parris Island decided to take matters into his own hands. At his ranch in Parkland, Mair built Soldier Rush’s 40 obstacles, which feature a dozen walls, faux barbed wire to crawl under, tires for flipping and a 22-foot-high climbing cargo net. The race is meant to mimic Marine boot camp training and test participants’ mental and physical fitness, he says, and it’s designed for all fitness levels, including kids.

“I wanted to create something that would give individuals a sense of accomplishment,” he says.