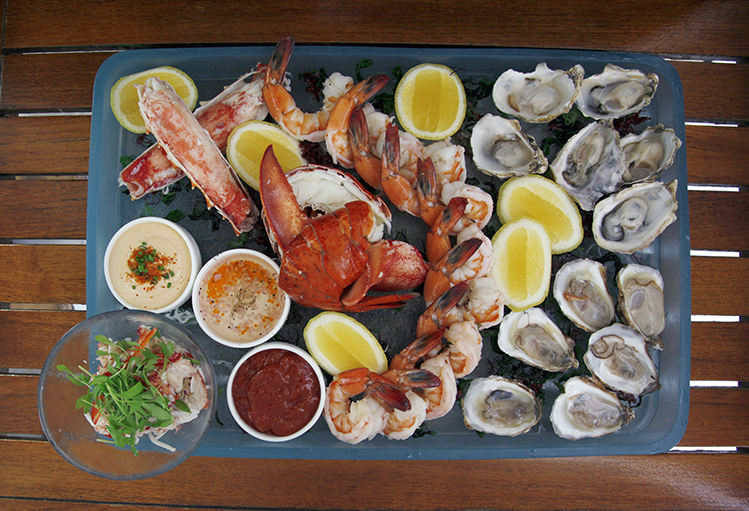 Enjoying a meal on the water—whether by the ocean or near one of the many scenic intracoastal waterways—is quintessential South Florida. Some might argue a trip to the tri-county area wouldn’t be complete without at least one reservation by the sea.

Shooters Waterfront
Though long renowned for its dramatic Intracoastal views, Shooters Waterfront has enhanced its position as one of Fort Lauderdale’s most iconic waterfront restaurants thanks to chef-driven South Florida fare—including some of the best paella in the region. Along with every seafood incarnation imaginable, offerings include sushi rolls and raw bar treats, flatbreads and a host of decadent desserts. 3033 NE 32nd Ave., Fort Lauderdale; shooterswaterfront.com.

Amara at Paraiso
Every seat at James Beard Award-winning Michael Schwartz’s Amara at Paraiso features sweeping views of Biscayne Bay and Miami Beach. Sit outside and share a platter of grilled meats with the Tomás Collins cocktail, made with a blend of Latin gin with cucumber and maté. 3101 NE Seventh Ave., Miami; amaraatparaiso.com.

Rusty Pelican
Located in Key Biscayne, the Rusty Pelican is the place to come for savory seafood and stunning views. Similar to Amara at Paraiso, every table offers an ample view. You’ll want to order wine here, as the restaurant offers a glass cube cellar that has been recognized with a Wine Spectator Restaurant Award. 3201 Rickenbacker Causeway, Key Biscayne; therustypelican.com.

Similar to cities around the country, celebrity-chef stardom has made its way to South Florida. TV chef personalities, including Janine Booth and Jeremy Ford, and award-winning kitchen stars such as Clay Conley have found a home amid the sun and sand. 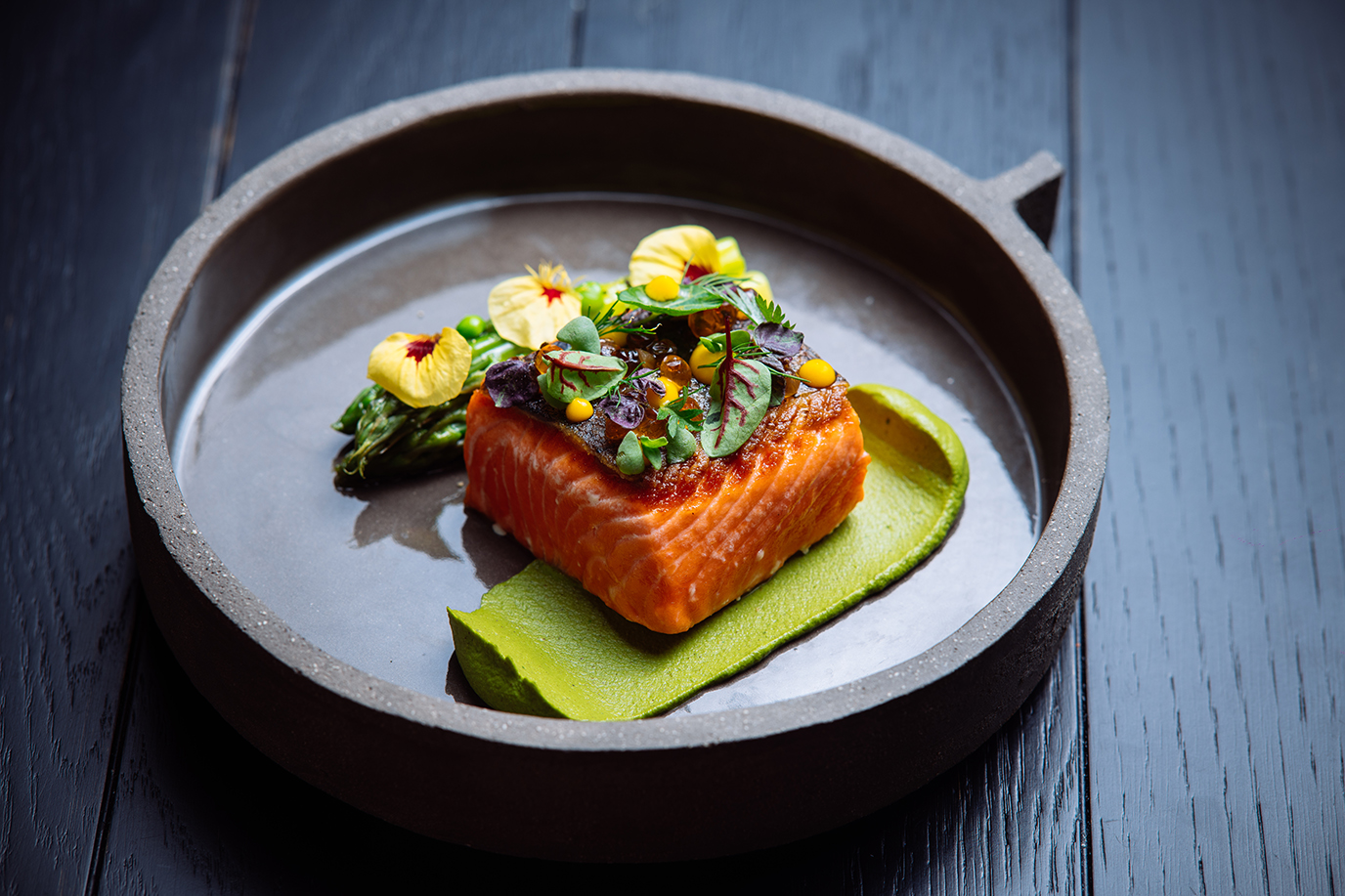 Stubborn Seed
Top Chef winner Jeremy Ford chose South Beach as the location for his first solo restaurant. There, he has built a reputation for serving a class of dishes many diners have never seen before, including umami short rib, and warm celery root braised in olive oil. To savor the best, elect for the chef’s tasting menu, which features a handpicked selection of Ford’s most popular items. 101 Washington Ave., Miami Beach; stubbornseed.com. 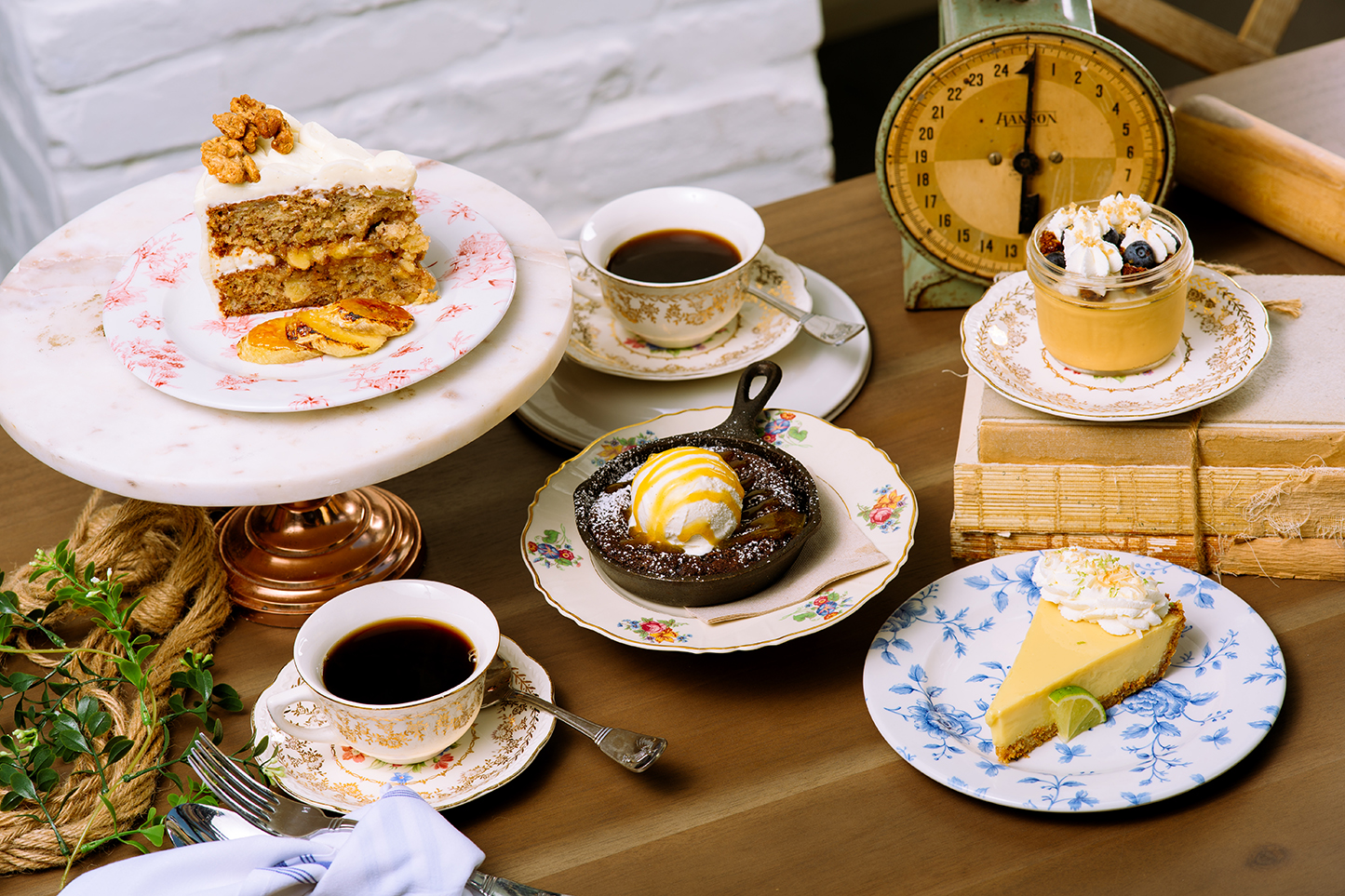 Thriving off of decades of tourism, resort and hotel eateries stand as some of the best-known restaurants in South Florida.

Wild Thyme at the Atlantic Hotel
Wild Thyme, named after restaurant’s dedication to fresh, locally grown ingredients, is a step up from the traditional Fort Lauderdale beachside spot. Sit along the water and feast on hummus topped with minted tahini sauce and the butcher’s board. 601 N. Fort Lauderdale Beach Blvd., Fort Lauderdale; wildthymeoceanside.com. 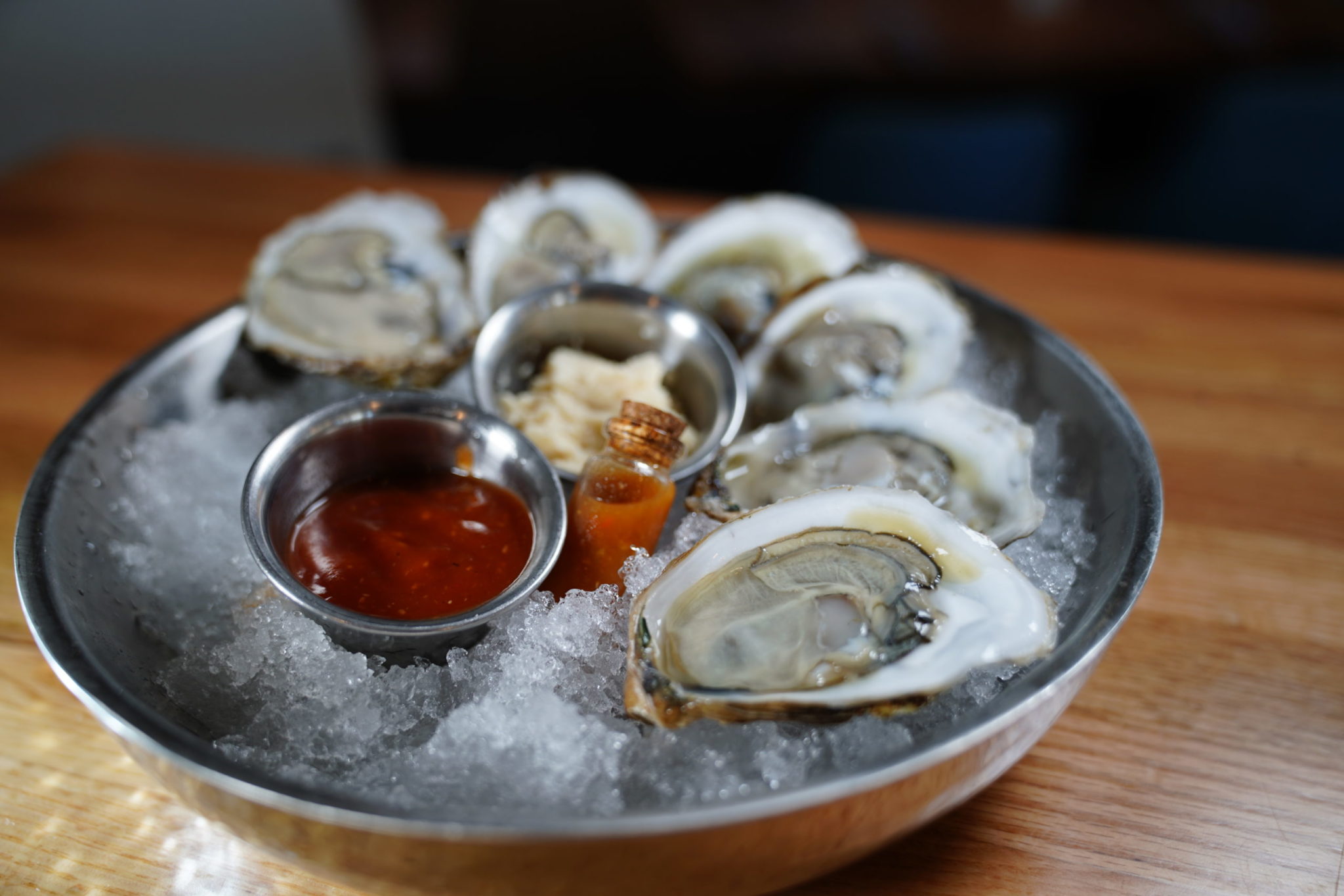 Blue Point oysters from And Fish

A handful of restaurants have stood the test of time in South Florida. Yet the select few still standing prove fresh seafood, warm hospitality and stunning backdrops will forever reign strong.

Joe’s Stone Crab
For the past 100 years, Joe’s Stone Crab has been considered South Florida’s definitive spot to tie on a bib and dig into a fresh platter of steamed claws. If you want to beat the crowds, dine in the afternoon or during early-bird dinner. 11 Washington Ave., Miami Beach; joesstonecrab.com.

Nauti Dawg
This hidden gem dockside eatery brings a Key West vibe to Lighthouse Point. If you fancy an afternoon of fishing, consider the “Hook & Cook,” so you can go right from the docks to having the restaurant prepare your catch. 2841 Marina Circle, Lighthouse Point; nautidawg.com.

15th Street Fisheries
Set up within one of Fort Lauderdale’s most famous nautical landmarks, the two-story 15th Street Fisheries caters to all diners. Enjoy a fine-dining seafood experience upstairs or make your way downstairs to order a fresh mahi mahi sandwich on the restaurant’s dock. Don’t forget to feed giant tarpon from the deck after a meal. 1900 SE 15th St., Fort Lauderdale; 15streetfisheries.com.

South Florida has emerged as one of the country’s most accurate representations of a cultural melting pot, blending flavors from every corner of the world. But Cuban cuisine remains one of the region’s calling cards.

Versailles
A Little Havana icon, Versailles is responsible for some of South Florida’s most authentic Cuban cuisine. Opened in 1971, the restaurant serves as a gathering place and unofficial town square for Miami’s Cuban exiles, as well as a must-visit destination for tourists in search of Cuban culture. 3555 SW Eighth St., Miami; versaillesrestaurant.com.

Padrino’s
A family success story that started in South Florida nearly 45 years ago continues to flourish under the stewardship of a third generation of Padrinos. The menu mix of modern interpretations and recipes created by one of the family matriarchs, Candida Rosa, continues to draw diners to locations in Palm Beach, Broward (including Fort Lauderdale) and Miami-Dade counties. 1135 N. Federal Highway, Fort Lauderdale; padrinos.com.