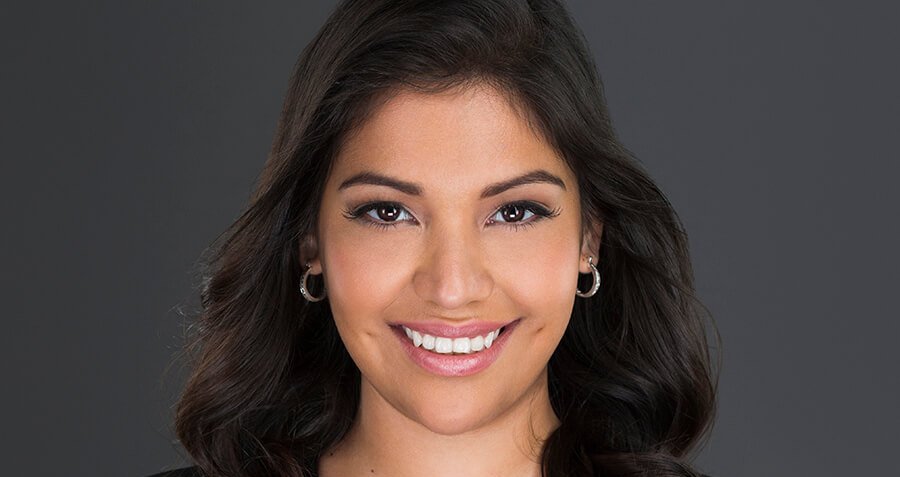 About 3½ years ago, Lillian Vilchez took a leap of faith and moved to Miami to be closer to her family and start a career as a real estate agent. Shortly afterward, Vilchez took an even bigger leap by taking the ultimate chance on love and getting married—to a complete stranger.

It started when her best friend from Houston suggested she try out for the reality show and social experiment “Married at First Sight,” which aired on FYI and now airs on Lifetime. On the show, relationship experts match couples—who meet for the first time on their wedding day. From there, they live together and eventually decide whether or not to continue the relationship.

Vilchez had never seen the show but the premise intrigued her.

“The first thing that comes to mind is, ‘This is insane. Who would do this?’ ” Vilchez says. “Then, as I revisited the idea and thought about it more, I was like, ‘You know what? It doesn’t hurt to try.’ I didn’t know what was going to happen. … I have nothing to lose.”

Vilchez advanced in the auditioning rounds—which required many personality quizzes—until she was told that the experts had found a husband for her. Vilchez married Tom Wilson, a yacht-interior designer, and their relationship was featured in 2016.

“It’s overwhelming, learning how to communicate effectively so you can make a relationship work,” she says. “You have to force yourself to see beyond yourself and try to understand the other person. You have to hone in on your insecurities and the things you need to grow. It really opens your eyes.”

Although Wilson and Vilchez announced their divorce in May 2017, Vilchez has no regrets and says the experience didn’t jade her or dash her hopes for the future.

“I went back to online dating, which is terrible, but I’m really just ‘there,’” Vilchez says. “I’m focusing more on my career. It’s going to happen when it’s going to happen. If it does, great and if it doesn’t, I have enough time.”

Vilchez, who is a real estate agent specializing in luxury and commercial real estate, spoke with Pinecrest Lifestyle about her relationship and what she’s learned about love.

1. Did the show change what you’re looking for in a relationship?

It forces you to realize the things you actually need from a relationship versus what you want in a relationship—and knowing the difference. I still want the same things from my next relationship that I was asking for that time. I want someone that’s funny with a great sense of humor because I love to laugh. I need someone I can trust. That’ a huge thing for me—one of the big non-negotiables. I’ll give you all the trust in the world, and you’ll show me who you are. I could want someone who’s good looking and has a great job and other things. But do I really need that? No. I need someone who feeds my soul so we make each other happy.

2. Is there always something to be said for taking a risk on love even when it doesn’t work out?

I don’t regret the experience whatsoever. If I had the chance to do it again, I would because it was great. Tom is an amazing person, and we’re still great friends. I can say we fell in love in our friendship now and we have love for each other. It just didn’t work out as a relationship and being in love with each other.

That’s between Tom and me. People who are close to us know what happened and know why we came to that decision, and it’s nobody else’s business. We don’t owe anyone an explanation.

4. Do you keep in touch with fans of the show?

I love when people reach out. It’s so sweet to see the level of outreach the show has and people who want advice or are wondering how the experience went or just want my opinion on something. I try to interact with people as much as I can. …

Yes, there are certain things that I won’t talk about, but people have reached out because they’ve had a similar situation with their father or they lost a loved one in that way. [Editor’s note: On the show, Vilchez shared how her father had separated himself from her family.] I’ve been able to get close to them and tell them, “Hey, you’re not alone in this.” … Just being able to talk to another person and hear their story and them being able to hear mine, that’s amazing.

5. What did you learn about yourself?

I wasn’t the greatest communicator. [I had to learn] how to communicate more effectively. I still sometimes have that issue where I’m trying to express something, and I don’t express it properly. [I also learned] how to not forget the past but to let go and forgive the past and things that have happened in my life, situations with my dad. And I learned how to talk about it and express feelings and truly be vulnerable.