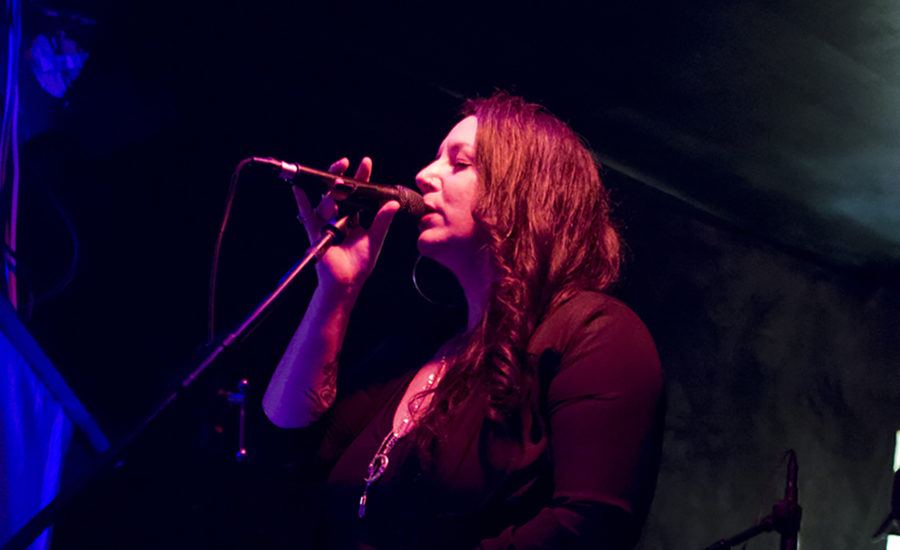 When Michelle Forman prank-called strangers with friends as a child, bothering them for a laugh was the last thing on her mind. Instead, she shared hope with them.

“I would sing ‘Imagine’ to them,” the Miami native says. “I know that’s cheesy and sounds silly, but that’s where my mind and heart was … .”

Forman’s song choice reflected her heart for others. But as a self-described sensitive and empathetic person, her heart was also what weighed on her.

“Ever since I was a little girl, I always wanted to make a difference in the world. I just didn’t know how I was going to do it alone,” says the West Kendall resident, 43. “I felt so helpless. I was very sensitive to all the suffering I would see—carrying the weight of the world on my shoulders, as far back as I can remember.”

Her outlet for this helplessness was music, which she says she was “born into.” Her grandmother played the organ, and her father was an accomplished musician who worked with jazz bassist Jaco Pastorius (a member of famed group Weather Report from 1976 to ’81, among other endeavors) and other musicians. But it wasn’t until her 20s that she found her voice—nervously singing karaoke at a wrap party for a film that she worked on as a member of the wardrobe department.

“I had some of the producers and crew come up to me and just go, ‘What the hell are you doing with your life? … You need to be pursuing a career in music,’” she says. “They boosted me up, and it felt great.”

Shortly thereafter, a newspaper ad introduced her to a collective of musicians known as the Monkey Village. She connected with local talent, leading her to join a variety of bands, including local Latin funk band Suénalo, which she’s been singing with on and off for more than 15 years. She’s also worked with a variety of award-winning artists.

Through the band, she also found an outlet she needed to help others. In 2009, Suénalo member Chad Bernstein asked Forman to join his nonprofit organization, Guitars Over Guns, which mentors students from underserved communities by offering them music education. Since then, she’s focused on mentoring students in Georgia Jones-Ayers Middle School and North Miami Middle School. She recently launched an a capella program with students served by the nonprofit as well as others who aren’t. Forman says the group—which has seven regular members—teaches teamwork to children who have experienced abandonment or bullying; one student recently commented that the group get-togethers were like “Thanksgiving dinner.”

“Sometimes you go through challenges and sacrifices and you don’t know if you’re making a difference,” Forman says. “Then you have your kids making comments like these and [saying] how much they look forward to coming and being a part of it. It’s affirmation that you are making an impact, and they’re making an impact on each other.”

It’s no surprise that Forman’s impact has earned the respect of the community. At The Children’s Trust’s “Champions for Children” ceremony in June, she was honored with the Excellence in Direct Service to Children and Families Award.

“There are so many people in the world that are giving their lives to community service,” Forman says. “I just couldn’t believe that they chose to honor me and tell my story. It felt very surreal. It still does.”

The singer sat with Lifestyle to discuss her mentoring work and what’s next for her.

1. How does music change your mentees?

[For a lot of them], it’s the only thing they have to hold onto. It’s their only outlet. Otherwise, they could very easily go down the wrong path. They could easily end up six feet under, just from their environment, being in the wrong place at the wrong time, getting involved in gangs. Guitars Over Guns is not only focused on music; it’s focused on academics, accountability, instilling empathy, responsibility. I have seen [the majority] of our kids improve in every area of development. It’s not only music, but music does inspire—it helps us release.

2. What type of music do you sing with the a capella group?

I always try to inspire the kids and empower them to choose songs that have a positive message for the world. Or choose songs where they can release their feelings: ballads, [songs] about love or loss, [or] about prevailing and perseverance. We try to have a nice balance between light-heartedness and the power that they have to use their voices to spread a positive message to kids their age.

We have a song we’re working on written by one of our members. It’s called “Ride for Me.” This young girl came to us with her song, and [the message is] “I’m here for you. I’m sacrificing … I’m there for everyone. Who’s actually going to ride for me at the end of the day? Who’s actually going to be there for me?” … And then she looks around the room and realizes she’s not alone. She’s got a crew of people that have her back, people that are down to ride for her.

3. What has mentoring meant to you personally?

[As a teenager], everyone tried to throw the book at me, and I saw right through it. There was only really one person who could get through to me. He was a school counselor, and he decided to mentor me. [My parents divorced] when I was 2 … but aside from carrying the weight of the world on my shoulders, I had all these other things—dealing with school and not feeling like I belonged anywhere. I did try to take my life, and I didn’t succeed. As I stated at the Children’s Trust award ceremony, I survived for a reason, and this is the reason. I used to think being a musician and having that platform to spread a message on stage could reach the masses. But the more I assess my life it seems that mentoring is my true purpose—paying forward what saved my life in the beginning. 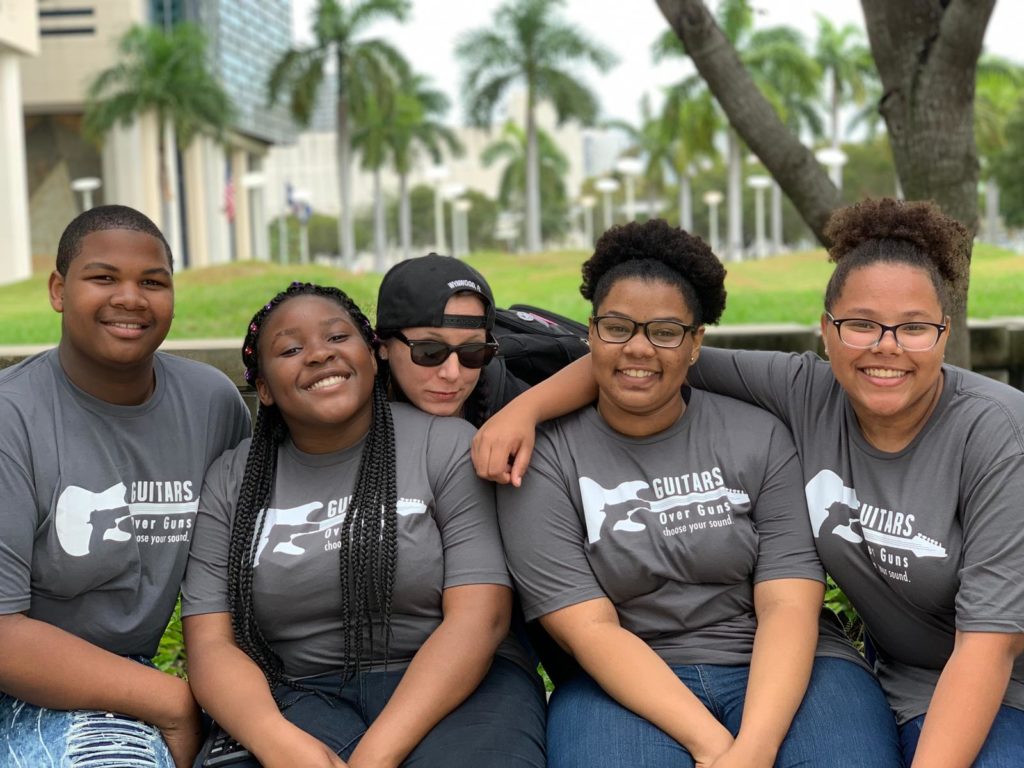 4. Was music a part of saving your life?

Music and having a mentor to rely on—that saved my life countless times. Being able to listen to a song that you resonate with—being able to sing that song, and just let it out. Music has been my go-to outlet. I first started with poetry and spoken word, and then I moved to music. It’s really helped me a lot, just having a platform to write and get those feelings out. Many of these kids don’t have that. Nobody wants to listen to them. They’re not heard, they’re not seen. Our program offers that, and that’s what I try to do as a mentor as well: give them a platform to be heard and seen, just like I needed one.

5. What’s next on the horizon for your music?

I’ve been putting my music on the back burner for quite some time … . I always said if I can tap into the soul of one person in the audience, that’s enough for me. I don’t want to lose my passion for music by needing to sustain myself by playing out all the time. It becomes like work … but you do need to sustain yourself. I already started recording an album of my personal compositions … My heart is not in playing live right now. It could be a phase—it could be just another stepping stone. But I don’t have this gravitational pull toward the stage right now. I have in the past, and I probably will in the future. But I’d rather focus on recording and helping my community right now.