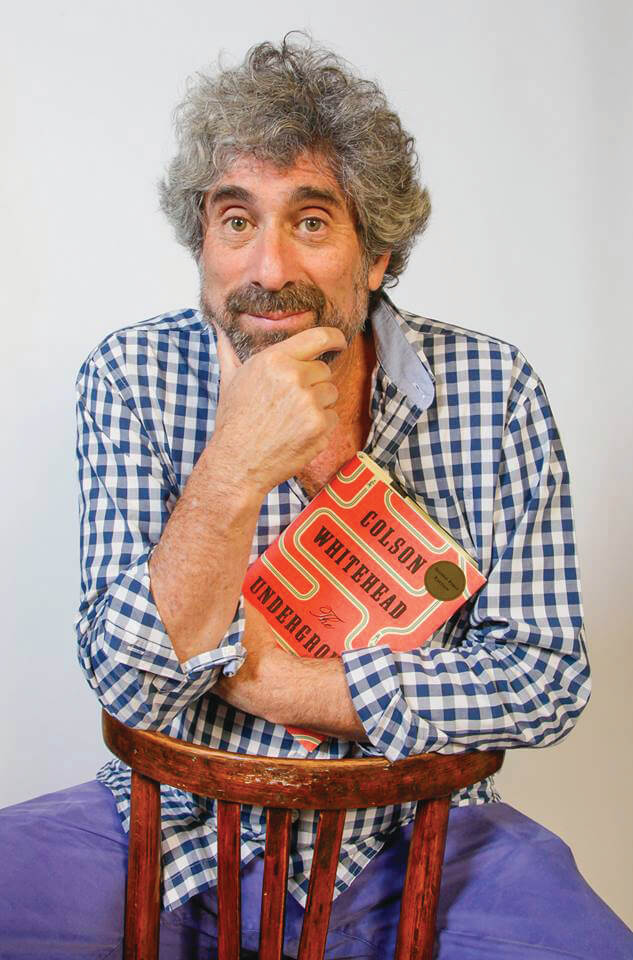 After scratching his itch to experience the West, Mitchell Kaplan found himself at a crossroads.

“Like a lot of other English majors, you graduate and you panic a little bit, which is what I did,” says the Miami-born Kaplan about what he felt after attending the University of Colorado. “I ended up going to law school and realizing pretty early that the law wasn’t for me. And after I realized that, I had to take stock and realize what was for me.”

Taking stock for Kaplan meant discovering how to make a living of his passion for literary culture. While earning his graduate degree at the University of Miami, he worked at a bookstore and eventually, in 1982, he opened his own: Books & Books in Coral Gables. That location is now one of nine in Miami-Dade County—including a Pinecrest location that opened in May 2017.

As the co-founder of the Miami Book Fair, Kaplan is well-known in Miami’s literary scene, and he’s been making a name for himself in moviemaking as well. Ten years ago, his sister, a TV executive, introduced him to producer Paula Mazur, who liked his idea of adapting Annie Barrows and Mary Ann Shaffer’s The Guernsey Literary and Potato Peel Pie Society into a film. Together, they founded the production company Mazur Kaplan; they’ve brought the book to life in a film starring Lily James, which was recently acquired by Netflix. Another film of theirs is the 2017 film “The Man Who Invented Christmas,” based on the book by Pinecrest resident Les Standiford and starring Dan Stevens.

“Adaptation is an art. The more complex and nuanced a book is, the harder it becomes. So you have to think that they’re different arts,” Kaplan says. “You really have to get the essence of a book in a film. … You shouldn’t judge a book by its film or a film by its book.”

Pinecrest Lifestyle asked Kaplan a few questions about books and what’s next for his production company.

The only way one can really be successful in a small business like ours is to maintain a kind of passion and be able to hire passionate booksellers, and I think we’ve been able to do that.

On top of that, we’re part of the community. I’m from here. Everyone who works for us obviously lives in the Miami area, and so we have our roots really, really deep in the community. It’s now been 35 years that we’ve been doing this. To be able to give back to the community is something that means a lot to all of us.

2 Are you worried about the future of reading?

It would be foolish not to be worried about the future in general. Reading falls into that because we’re in such a period of change. But in the immediate future, I’m not worried. If you see how many young people are still reading books, and if you see how many are writing—and the kind of writing that they’re doing is so interesting and reflective of the cultural dialogues going on in the world today—you would take heart by that. I think the death of the book has been greatly exaggerated for a long time, and we will see a vibrant reading culture for some time to come.

3 What gives you a hunch a book will make a good movie?

You have to ask yourself, is there a pathway to getting this made? Do we know directors, writers, a studio? Is there some way to get this made? That becomes really key and important as much as the story. But it has to start with a story. … You have to have a feeling that this is something that needs to be expressed in a different form or would be really interesting to be expressed in a different form—that film can enhance what the author was doing.

4 What books are being adapted at Mazur Kaplan?

We’re working with Nicole Kidman on a film based on a book called The Silent Wife, in which she would star. We have another book called Crooked Letter, Crooked Letter, which is a marvelous book by Tom Franklin, and that’s in the works. There’s one called The Forgetting Time, which we’re looking potentially as a series for television. We’re also working for TV based on a book called A Madness of Angels, and working with poet Richard Blanco on The Prince of Los Cocuyos, his autobiography of growing up in Hialeah.

5 What are you reading now?

I’m reading Warlight by Michael Ondaatje. It’s his new novel that’s coming out in May, and it’s really great. I’m reading There There by Tommy Orange. It’s about growing up Native American in Oakland—a first-time novelist I think we’ll be hearing a lot from.

I just finished reading a galley of Julian Barnes’ book The Only Story—a really excellent novel. A book that really has lingered with me is a beautifully written book by Edwidge Danticat, The Art of Death: Writing the Final Story. Mothers of Sparta: A Memoir in Pieces by Dawn Davies—it’s really good. Debra Dean, who teaches at Florida International University, has just written a nonfiction book, called Hidden Tapestry: Jan Yoors, His Two Wives, and the War That Made Them One.