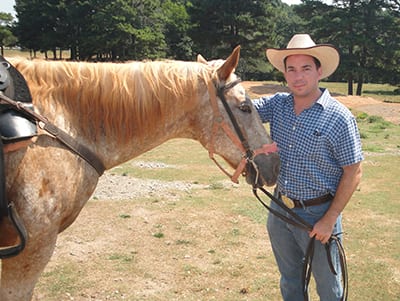 1. You have been the president of Boys & Girls Clubs of Miami-Dade for 12 years. Tell us how you became involved with BGC and the positions you’ve held? I truly believe in helping less fortunate children by providing them with hope, freedom and opportunities. I came to the U.S. from Cuba at the age of 5. I have been part of Boys & Girls Clubs of Miami-Dade since February 1996. I spent my first three years with the organization at the Kendall Club, working directly with the kids. I then served as academic director. From 2001-2003, I was assistant executive director, and I have served as its president since 2003.

2. How did graduating from FIU develop your career path in Miami? With a bachelor’s degree in biology/education from Florida International University, I developed a great appreciation of the need for the community to support Miami-Dade-area children – especially those who need it the most – with positive programs.

3. What is the next big push for BGC of Miami-Dade in 2016? Our main goal is to expand our services to reach more youth at the new South Beach Club, as well as the Hank Kline and Northwest clubs.

4. BGC has a lot of supporters in Pinecrest. Please tell us how they got involved with your organization? Whether they have purchased a Christmas tree from us, attended our annual Wild About Kids Gala, participated in our annual golf classic or volunteered at one of the clubs in person, the residents of Pinecrest are very community-oriented and are genuinely interested in making Miami-Dade County a great place for all.

5. I’m sure there have been many important moments in your career at BGC. What is a standout time when you knew you were really making a difference? The first time I realized we were making a difference was when we first set up the computer lab at the South Beach Club. It was thanks to our friends at Fisher Island. It took a lot of work to transform a 60-year-old room with no air conditioning and no electricity. The kids at the club had never had full access to computers. To see their faces as they learned on the computer was priceless. I remember one kid saying, “This is the best day of my life.”

6. Tell us something that no one knows about you? I love the outdoors and I love camping, horseback riding and scuba diving.

7. If you had to leave our readers with one fact about BGC, what would it be?
The value extends far beyond the direct benefits received by parents and club members (the kids). Miami-Dade County also benefits from this important and much-needed service by having youth who attend the clubs positively engaged and away from trouble and mischief after school. Most importantly, it is really fun and nurturing for the youth in our community.