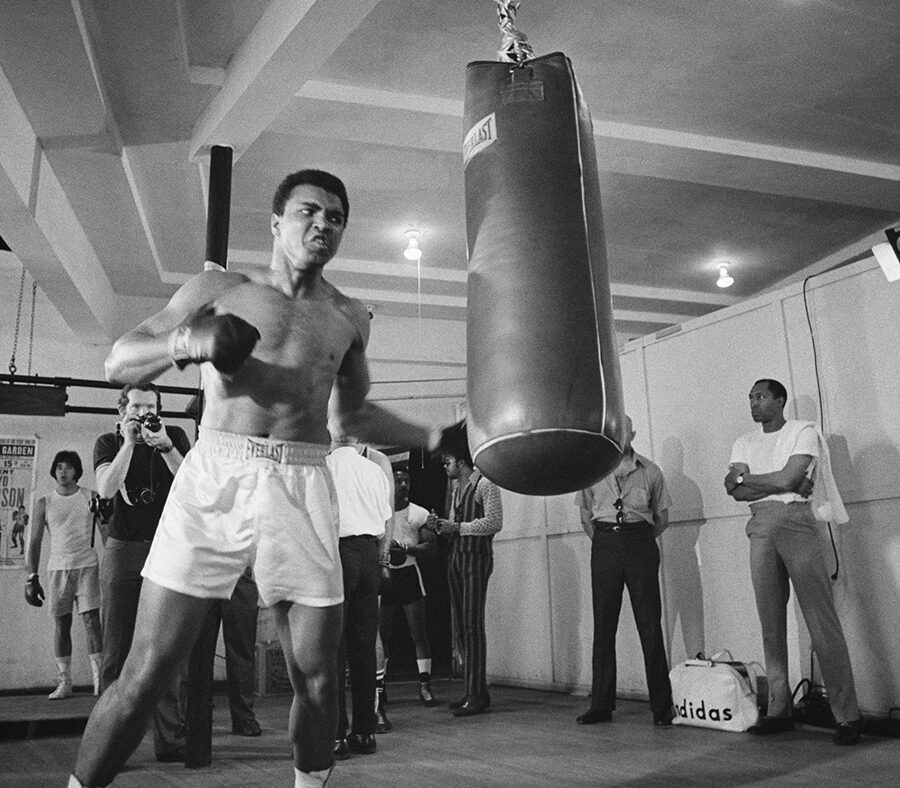 A Glimpse at The Greatest

Last month marked the 50th anniversary of one of the most celebrated sporting events in history, the titanic March 1971 clash between two undefeated heavyweight boxers—then-champion Joe Frazier and Muhammad Ali. For Ali, it was an opportunity to reclaim the title of which he’d been stripped in 1967 after being arrested for refusing to register for the draft. In preparation for the “Fight of the Century,” Ali returned to Miami, where he had captured the heavyweight crown in 1964 against Sonny Liston.

It’s against that backdrop that HistoryMiami Museum is presenting a fascinating exhibition—Muhammad Ali in Miami: Training for the “Fight of the Century”—a collection of candid images, most of which involve Ali preparing for the Frazier fight (which he lost in a 15-round decision) at the famed Fifth Street Gym. The 20 silver gelatin photographs featured were selected and handmade by Miami resident Andrew Kaufman; the images were taken by award-winning photographer Larry Spitzer and colleague Jebb Harris of the Louisville’s Courier-Journal.

The museum’s acquisition of the prints was supported by the Knight Foundation. The images can be seen within a new photo gallery at HistoryMiami through Aug. 29.