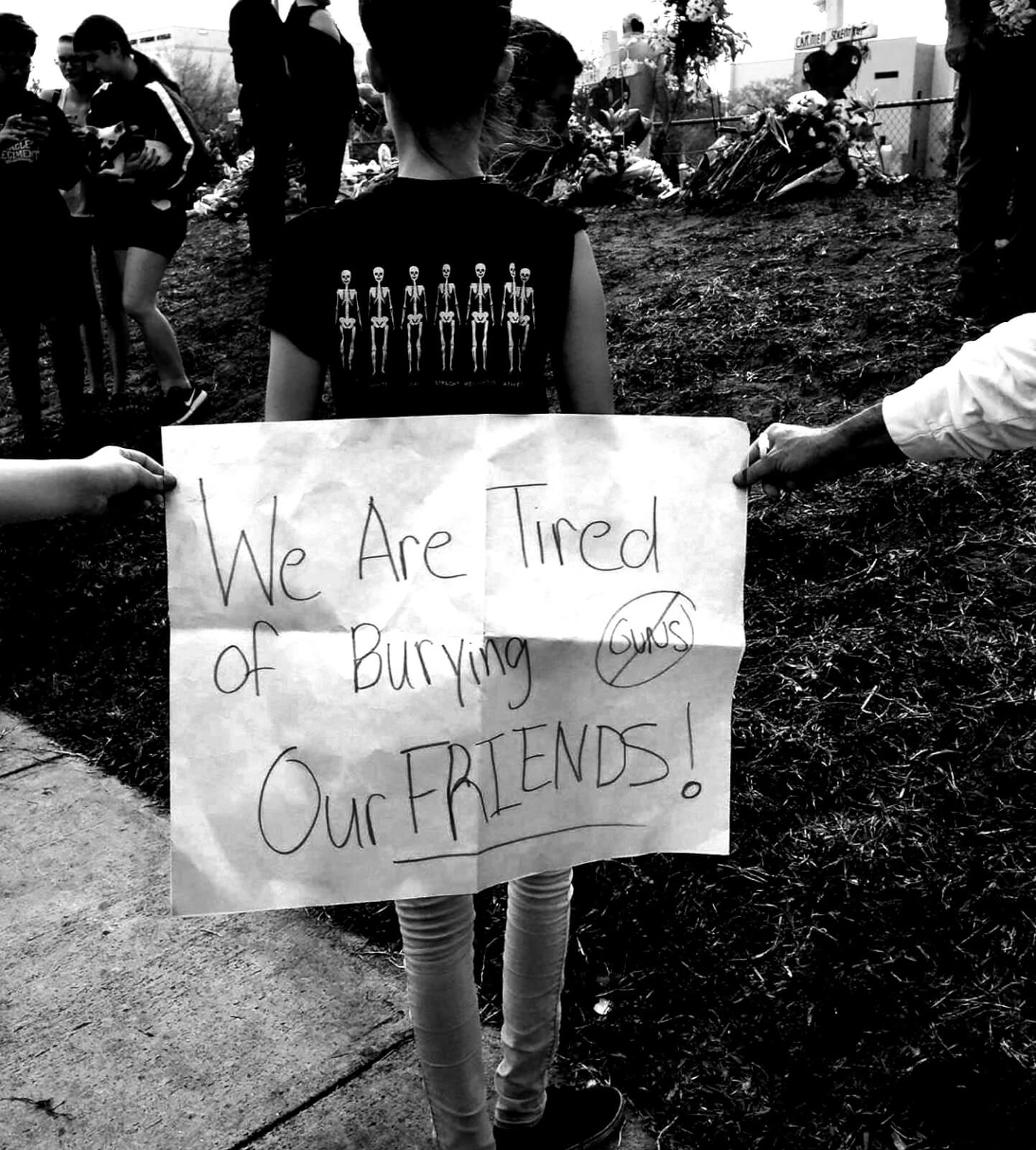 A Mile in Their Shoes

Students throughout the tri-county region refused to wait for the National School Walkout in March to make their voices heard in the aftermath of the mass shooting at Marjory Stoneman Douglas High School.

In the week following the Feb. 14 attack, high school students from Hialeah Senior High, Western High in Davie, Cypress Bay in Weston, Coral Springs High, Olympic Heights in Boca Raton—and several other schools in Palm Beach, Broward and Miami-Dade counties—staged walkouts not only to honor the 17 teens and adults killed in Parkland but also to push for more-stringent gun laws.

Perhaps no protest captured the ongoing show of solidarity such as the one Feb. 20 that started at West Boca High School. Though students there had discussed on social media the possibility of a walkout, what happened that day took even those involved by surprise. Riyanna Roehrig, a senior in the medical academy at West Boca, was coming back from her clinical round at West Boca Medical Center when she and her classmates decided to sit down in the school courtyard, hold hands and observe 17 minutes of silence.

“It started out really peaceful,” says Roehrig, 17. “The principal actually was sitting with us. Toward the end, some people stood up with signs. They started saying, ‘This isn’t enough, this isn’t enough’—which it’s not. Against the wish of the principal and all the staff, we walked out the doors.”
Not only did they walk out, they didn’t stop until they reached Parkland. In all, an estimated 1,000 students from West Boca made the roughly 12-mile pilgrimage to Stoneman Douglas. Some grabbed rides, but most of them walked—and with purpose.

“Our teachers and [administrators] talked to us about safety—and a few said they would die for their [students],” Roehrig says. “That’s a heavy thing to hear your teacher say. You should never have to hear that. They should be saying, ‘I’ll grade your paper thoroughly.’ Not, ‘I’ll die for you.’

“Among young people, we realize it’s more about guns [than other issues]. … The security measures are not enough. The things they’re doing in Congress are not enough. This, more than any other school shooting, it’s been less about thoughts and prayers and more about action and change. We’re sick of waiting for something to happen.”

Lillian Richards, 18, described the atmosphere at West Boca as a mix of sadness and anger after the shooting. Sadness, because students at the two schools know one another; anger, because of the episodes that are defining her generation.

“I can rattle off the names of every mass shooting over the past 10 years, and that’s heartbreaking,” Richards says. “We’re living in the wake of Sandy Hook and San Bernardino and Las Vegas—and that’s changed how we do everything. How we go to school, how we sit in a classroom.

“Even though this is [also] a mental health issue, there’s no need and no justification for anyone owning an AR-15 rifle [the assault weapon used by the shooter at Stoneman Douglas]. That’s a weapon of war. It’s not a tool of self-defense.”

Richards is the co-founder of an organization that started this school year at West Boca—EquaLLity—that seeks to fight discrimination at local and national levels. The club’s approximately 70 members have attended multiple protests in an effort to combat homophobia, xenophobia, sexism and racism.

“There’s no excuse [for the hate in this country],” Richards says. “You learn it from society, from biased [individuals] who frown upon people who are different than them. It’s inexcusable, and it needs to change.”