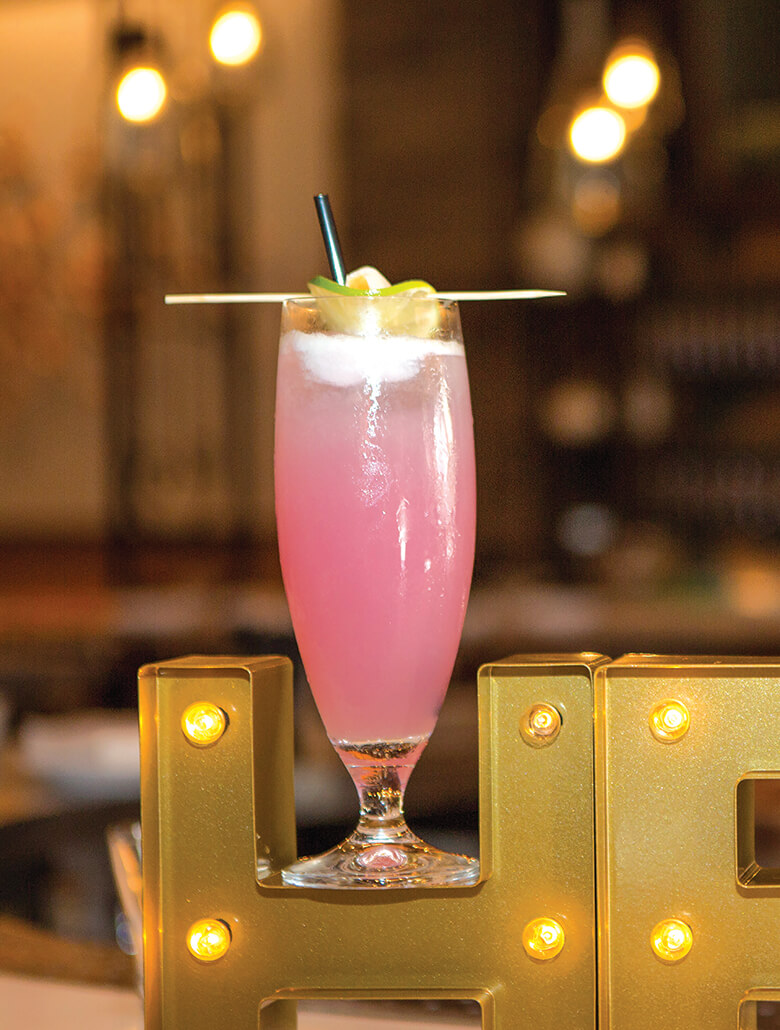 A Taste of Peru

Peruvian hot spot Pisco y Nazca has brought a flavorful menu of South American fare to West Kendall. Located at The Palms at Town & Country plaza (8405 Mills Drive, No. 260), the restaurant debuted in 2015 and opened a second outpost in Doral less than a year later.

It has become a local favorite, offering a modern and approachable twist to traditional Peruvian items—ceviches, tequeños, grilled meats, seafood and more. But its cocktail menu packs a unique punch.

Among 10 rotating drinks, the Nena Chilcano shines. A traditional chilcano, similar to a Moscow Mule, blends lime, pisco (a Peruvian grape brandy) and ginger ale. But at Pisco y Nazca, beverage director Joel Mesa adds a sweet touch. “You can go in many different directions with fruits, purées and bitters,” he says. “I believe it’s fair to say that this cocktail deviated pretty severely from a basic chilcano.”

The Nena Chilcano is made with lime juice, hibiscus syrup, lychee purée, pisco and St-Germain, an elderflower liqueur. Served in a tall glass, the light pink concoction is splashed with ginger beer and garnished with a skewered lychee.

“Lychees were something we wanted to incorporate on the menu, but not in the typical lychee martini fashion,” Mesa says. “We chose the hibiscus flowers in a syrup to give off a nice rosy color. We also substituted ginger ale for ginger beer to give the cocktail a slightly harder edge. Otherwise, it would have been way too sweet.”

“This is a real tropical refreshment,” he says. “The uniqueness is visually apparent from the start. It looks like a fashion model.”