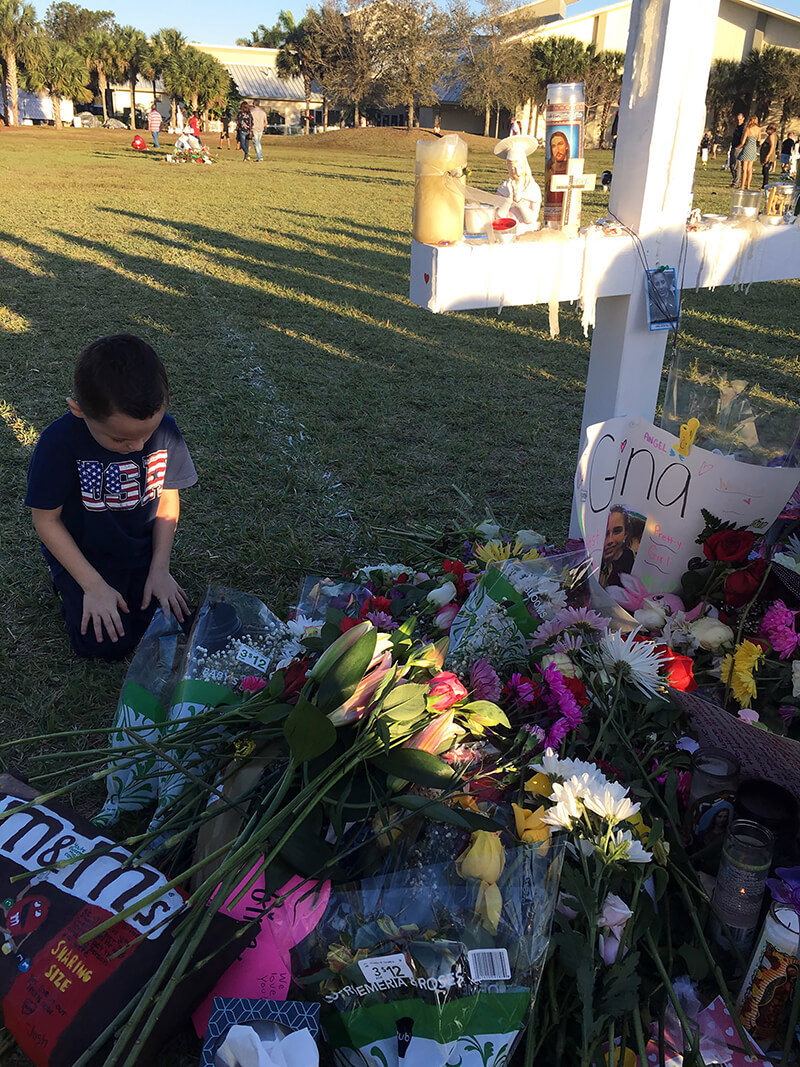 A Time to Honor

So much has happened since that Feb. 14 afternoon at Marjory Stoneman Douglas High School.

There were candlelight vigils all over South Florida. Funerals for the 17 victims. Early interviews with impassioned students and grieving parents that suggested something about this shooting wouldn’t disappear so quickly off the front pages, at least not without a fight.

There was a rally for gun control at the Federal Courthouse in Fort Lauderdale that turned MSD student Emma González into the face of a movement. A CNN town hall at BB&T Center that drew nearly 3 million television viewers. Trips to Tallahassee and Washington, D.C. And lines drawn in the sand between those demanding change and those defending their Second Amendment rights.

There were talk-show appearances by MSD students González, Cameron Kasky and Jaclyn Corin on “Ellen.” By Kasky and fellow student activist David Hogg on “Real Time with Bill Maher.” There were claims by conspiracy theorists that Hogg, whose father once worked for the FBI, was a “crisis actor.” And reported death threats made against Hogg and his family.

There was a victory on the ice, as the MSD hockey team won a state championship. And a victory, depending on your viewpoint, at the Capitol in Tallahassee as Gov. Rick Scott signed into law gun and school safety legislation that, among other things, raises the minimum age for gun purchases to 21 from 18, creates a waiting period for gun buyers, bans bump stocks and arms certain school personnel. The National Rifle Association promptly filed a lawsuit challenging the age restriction as unconstitutional.

So much happened in that first month that, at times, it made your head spin. But no matter how the news of the day unfolded, hearts remained heavy and unsettled. Nothing, it seemed, could shake that, even for those of us on the periphery. Maybe it’s that figure, 17, which represents not only the number of students and teachers who died but also the number of people wounded—students like Madeleine Wilford, 17, who was released from the hospital in late February after being shot in the chest, torso and arm; or like Anthony Borges, 15, who, at press time, was still struggling with complications after being shot five times, including twice in the torso.

Or, maybe, it’s the quiet realization that something about this tragedy and its aftermath has changed you in ways you don’t yet fully understand.

It certainly changed the scope of Lifestyle’s April issue. What started as a modest plan for MSD coverage took on a life of its own within hours. We reached out to students, parents, community leaders, the police, friends of the victims, parents of the victims—and countless others with ties to Parkland. So many of you opened up to us, and for that we’re forever humbled and indebted.

Some of the stories that follow will break your heart. A few will be difficult to read because of the graphic details. Others will inspire. And, yes, some will just rub certain people the wrong way. In putting this issue together, our goal was simple: We wanted to honor a community that’s been through so much by giving its members a place to share their thoughts, their recollections, their sadness, their perspective—and, at times, their rage.

The Marjory Stoneman Douglas family deserves that much. They’ve certainly paid a high-enough price. Lifestyle is proud to share their words.

This issue is for Parkland. Stay strong.