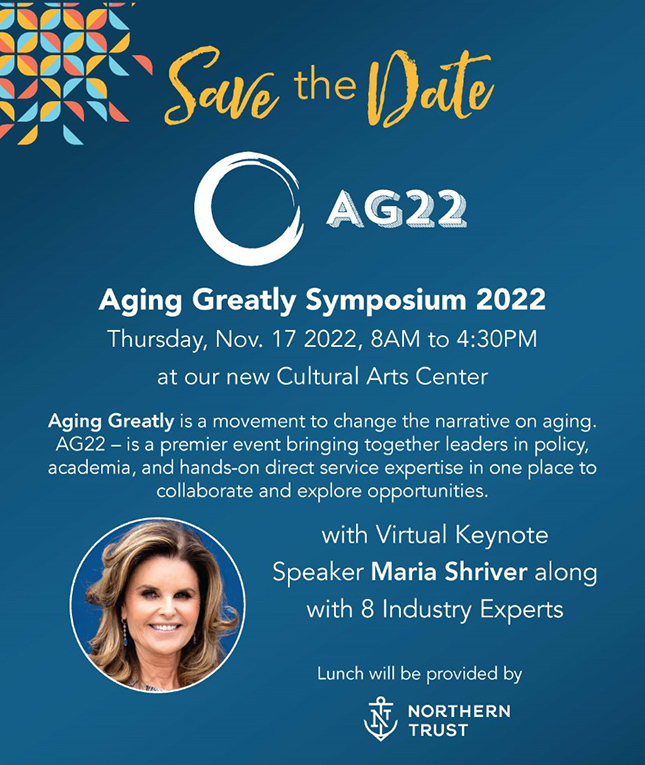 A series of slides from Dr. Jean Accius, senior vice president of global thought leadership at AARP, illustrated the need for government, businesses and individuals to reimagine the idea of aging in the United States. Census data in 2020 showed that the 65-and-older population grew more than a third (34.2 percent) in the past decade. By 2030, that segment of the population is expected to reach 71 million—and increase of 16 million compared to current numbers.

It’s a reality that raises a myriad of questions surrounding issues including housing, finances, quality of life, social security, health/wellness and the need for assisted living facilities. Then, there’s the workforce. If people are living longer, many will need to work longer. Will companies adapt and employ more people into their 70s? Will people feel the need to reinvent themselves, go back to school or learn a new trade?

All of this and more was discussed during a fascinating afternoon of discourse at John Knox Village of Florida, which (along with the John Knox Foundation) recently hosted the inaugural Aging Greatly Symposium.

Virtual keynote speaker Maria Shriver, the renowned journalist and former first lady of California, spoke at length about staying healthy and engaged into your later years. Her summit, “Radically Reframing Aging,” is a Master Class on the subject.