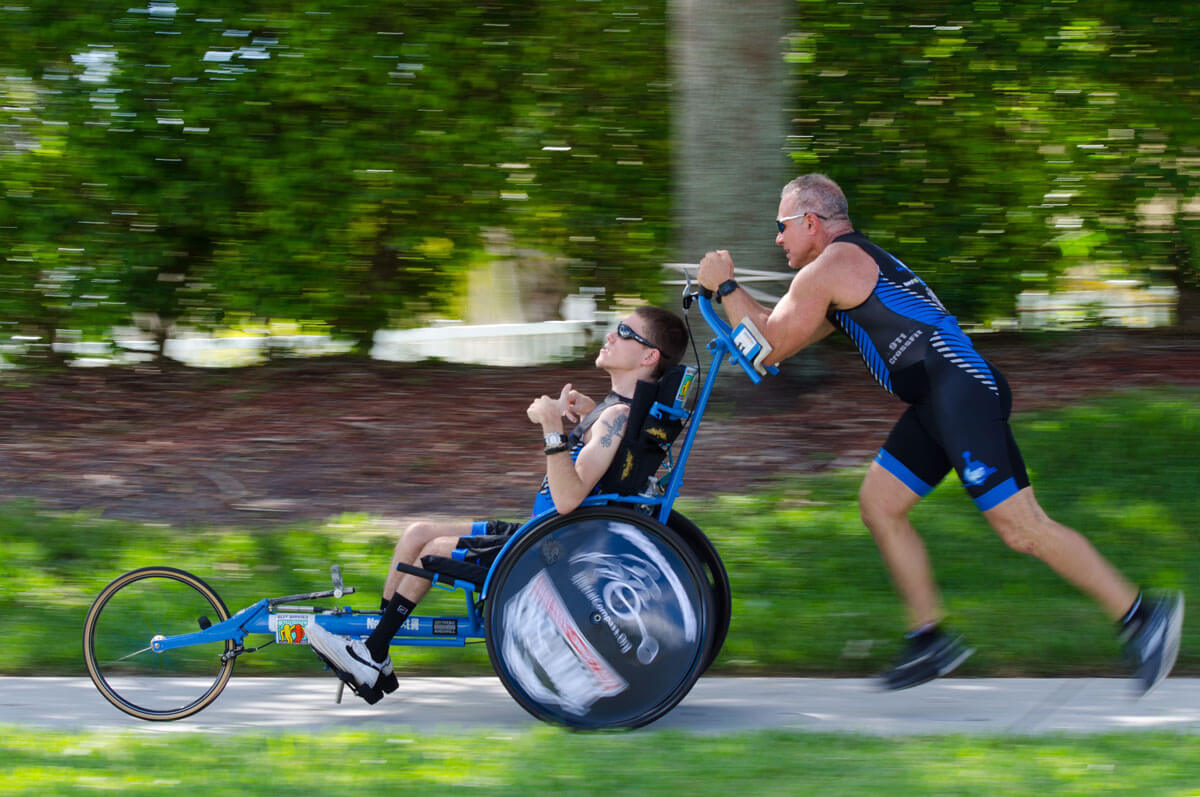 Along for the Ride

There were a few snags during Michael Sayih’s first race.

It was a duathlon: a 5-kilometer run, followed by a 30-kilometer bicycle ride, followed by another 5k run. He was 5 and was strapped to the back of the tandem bicycle steered by his father, Jim.

Jim found their position at the start line, braced himself and pushed off at the signal—but the bike wasn’t as prepared as its riders.

“I had to ‘MacGyver’ the bike part,” says Jim, a retired Miami Police lieutenant and CEO of the 911 Fitness program, referring to the fictional adventure hero with a penchant for improvisation. “I used zip ties and duct tape to keep it together. [Michael is] a trouper—he never complained once. He just laughed.”

Michael, who has cerebral palsy, later asked, “When is the next one?”

This was 20 years ago, and they’ve been racing ever since. There have been so many runs, charity rides and triathlons, nearly one race a month, that the Pembroke Pines resident never thought to count them.

The idea for Special Compass, the nonprofit Jim launched two years ago, began organically, when parents of disabled sons and daughters asked if he would push their children.

“I had to say no—and I felt bad saying no—because I just couldn’t see my son watching on the sidelines as his dad pushes someone else, and him not being involved,” he says.

He started enlisting fitness enthusiasts to push or carry a “differently abled” person, as Jim prefers to say, in various athletic events, from triathlons to obstacle course races to walks. Jim and Special Compass’ board of directors select the races they want to participate in, such as the Miami Marathon this year, and coordinate with race directors.

“It creates friendships,” he says. “And the benefits are reciprocal—the runner gets just as much fulfillment as the rider.”

The list of “power buddies” and riders is growing, Jim says, and he’s taken on the role of executive director full time, recently selling his 911 CrossFit studio in Cooper City. Grants and fundraising need his attention—all the participants’ expenses are paid for. And, he’d like to see Special Compass have its own disability-friendly mini bus and a fleet of 20 racing bikes.