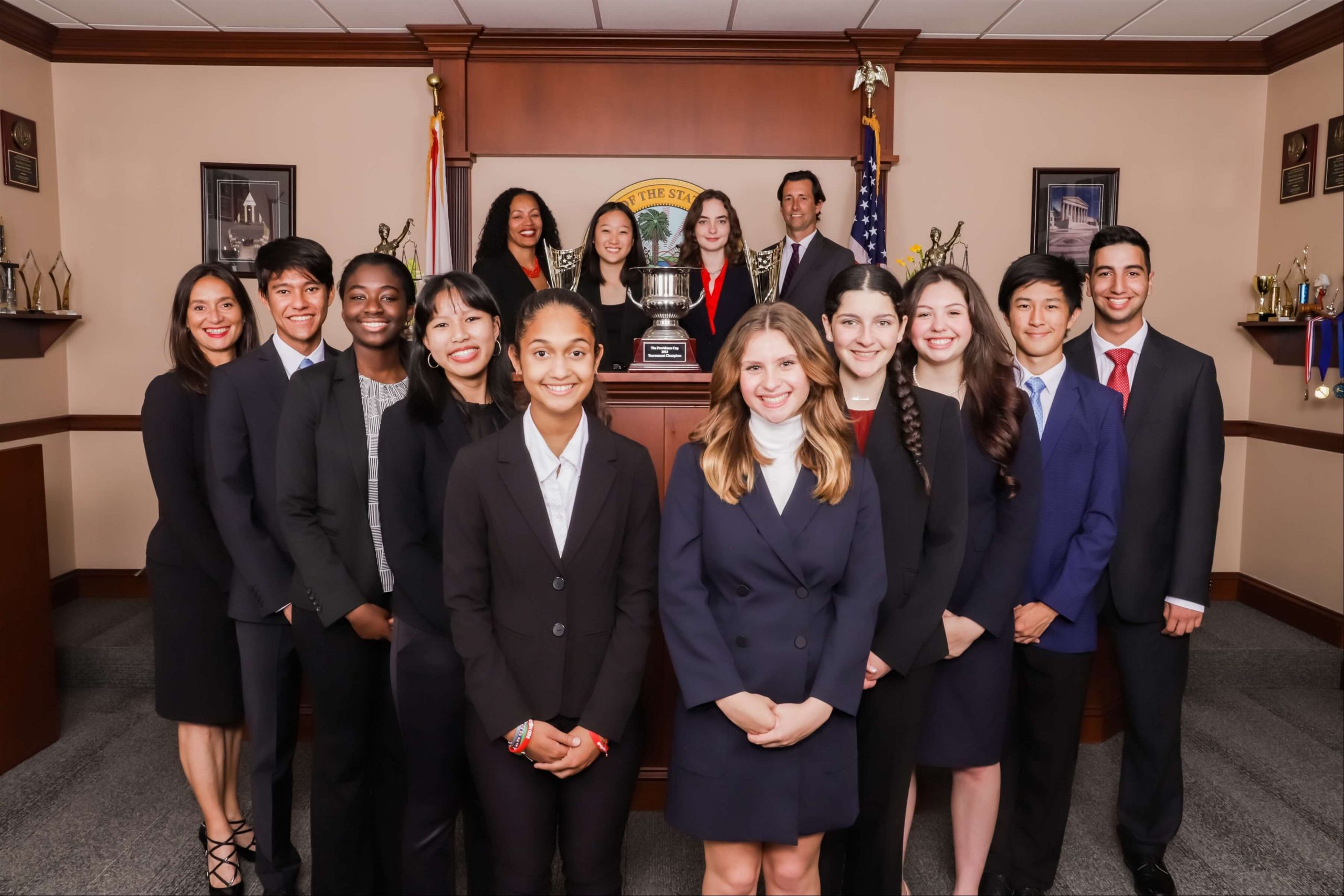 The 16 schools in the finals represented 16 Circuits from the 20 Judicial Circuits in Florida. The team competed in four preliminary rounds, then qualified for the fifth and final round. Led by attorney coaches Ani Porter, Kelly Harris and Adam McMichael, American Heritage Schools’ Palm Beach Campus Mock Trial team was the only team to have won all of the rounds during the entire tournament.

The Florida High School Mock Trial Program was designed in 1991 by Annette Boyd Pitts and former Florida Bar Executive Director Marshall Cassedy. Hundreds of student participants have graduated, attended law school and become members of the Florida Bar or other state bar associations. In the program, students learn critical thinking skills, legal reasoning, analysis, professionalism and the structure and function of the courts and the legal process.

“We value preparation, discipline, and team harmony,” Porter says. “It is our priority to foster a healthy, productive, fun and ethical learning environment for our students, whom we envision will be future leaders of our country.”

American Heritage Schools’ Pre-Law team also earned the first-place ranking at a nationwide competition and was named 2022 Yale University Moot Court Champions. The team of senior Sara Shim and junior Rebeca Lopez-Anzures received the recognition for their understanding of complex constitutional issues. In the championship round, they outperformed their opponents and last year’s champions from the Boston Latin School to claim the 2022 title.

During the same weekend of the Yale Moot Court Competition, another five teams from American Heritage competed at the 2022 Princeton Moot Court Competition, which focused on the Second Amendment of the U.S. Constitution. All five teams made it past the four preliminary rounds. The ninth-grade team, Sophia Reynoso and Maia Merkel-Leavitt, placed top eight in the competition. Reynoso and 10th-grade student Pooja Gudoor earned individual top attorneys awards.