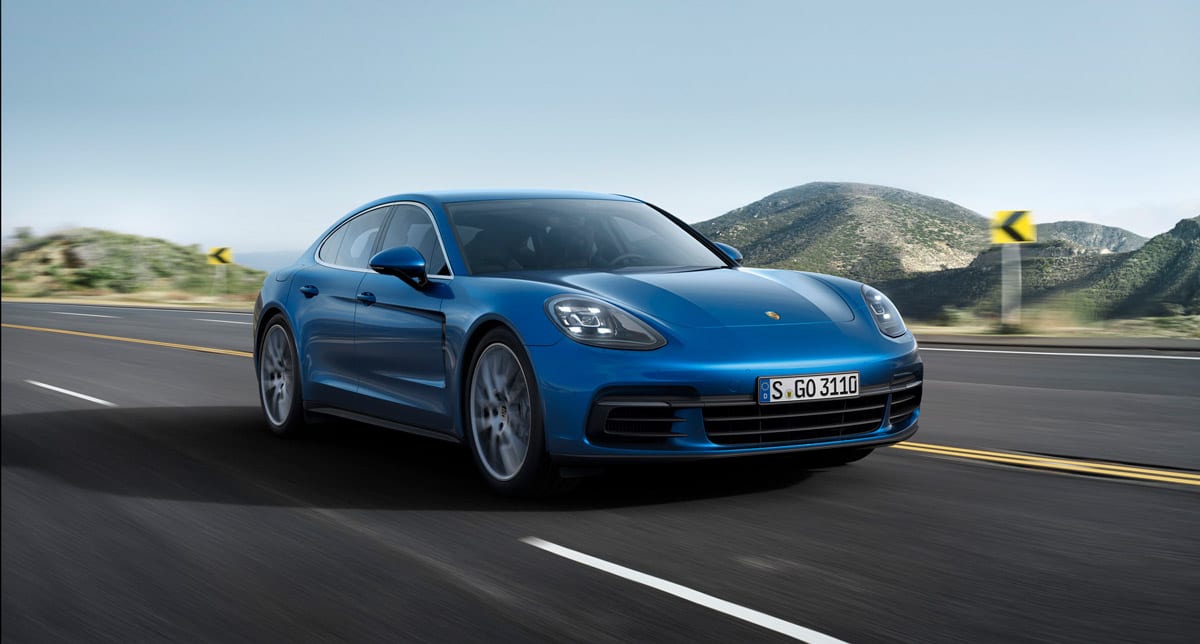 Back to the Future

The lowdown: When Porsche introduced its four-door luxury sedan in 2009, it was lauded for being more spacious than its predecessors—but criticized for being too stodgy. For 2017, Porsche has styled its Panamera with sleeker lines that recall its classic 911 sports car. There’s also a plug-in hybrid Panamera, which combines an electric motor and a gas engine for lower fuel consumption.

The details: Porsche CEO Oliver Blume uses his Panamera 4S as a limousine—and why not? The Panamera is sporty-sleek, yet unlike the Porsche 911 S (another beauty of a car), it has a usable backseat—roomy enough for Blume to ride in style during the week for chauffeur-driven power lunches and down-to-earth enough for family excursions on the weekend. Inside, the Panamera has all the bells and whistles of a luxury four-door coupe, including a new night-vision assistant, which uses a thermal imaging camera to detect people and large animals. At the Paris Motor Show in September, Porsche introduced the 4 E-Hybrid, the fourth in the Panamera line. For those who want sports-car luxury but worry about a carbon footprint, the hybrid soothes any pangs of guilt. Better still, it has that Porsche get-up-and-go, racing from 0 to 60 mph in 4.6 seconds with a top speed of 173 mph, impressive for a hybrid.