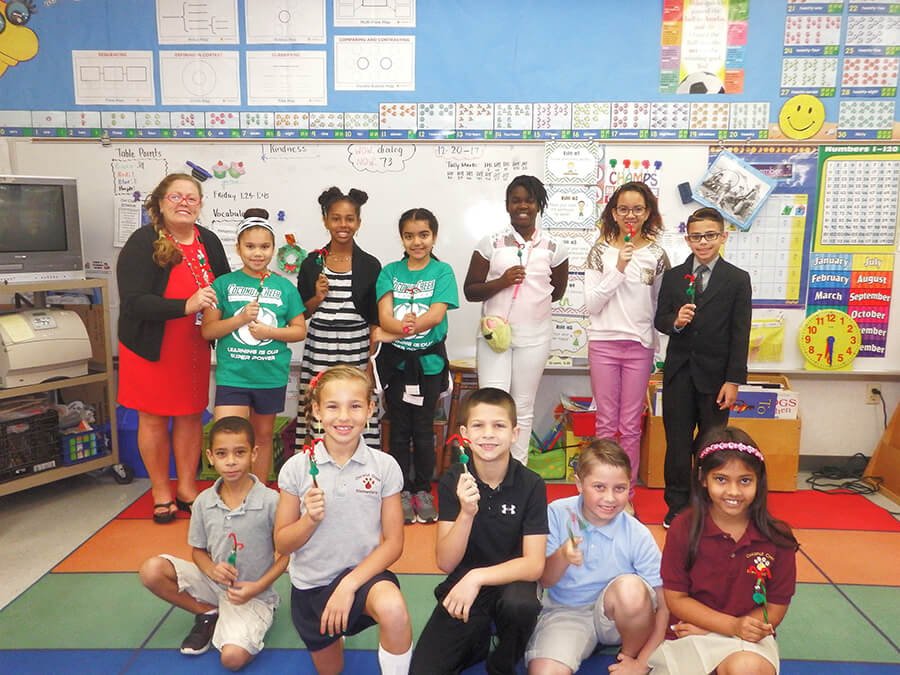 “We try to teach them, even at a very young age, to be the best person they can be—to help others, to not think of themselves and to always think of others,” Bazos says.

“Our main purpose is to give them the experience that they need to become future leaders,” Bazos says. “It’s so refreshing to see that they’re so excited about these ideas. … It gives them the opportunity to represent the student body and be the liaison between students, teachers and the administrators.”

While teachers guide students to make sure their ideas are feasible and within student guidelines, they also give them a measure of independence. The council meets every other week and students run the meetings. Like formal business meetings, the secretary calls the meeting to order; the president welcomes everyone and the treasurer gives reports. Bazos gave the students special notebooks to keep track of their ideas to give them a sense of ownership.

Last semester, the council organized a harvest drive, including collecting canned goods, decorating collection boxes and making posters. They helped a teacher run a toy drive during the holidays and participated in Jeans for Troops, a national initiative to raise money for veterans. For February, they came up with ideas on how to celebrate Valentine’s Day and voted on where the money will go.

Though they are a large part of student activities, Bazos stresses to the students that they need to set a good example to others. Each student chose a character trait they want to be known for: responsible, loving, caring, friendly and others.

This combination of leadership training has shown in the students’ actions. One council member recently put forward an idea to show their appreciation to the cafeteria staff. Bazos suggested they expand upon the idea and give thank-you cards to other school groups, such as the custodial and office staffs.

“They take it seriously. … They’re already showing leadership qualities, and, hopefully, that’s going to help them set a baseline for their future,” Bazos says. “I see how they become more confident and how they’re able to express themselves.”

Creek resident Nora Rupert, Broward school board representative for District 7, was appointed chair of the School Board of Broward County.