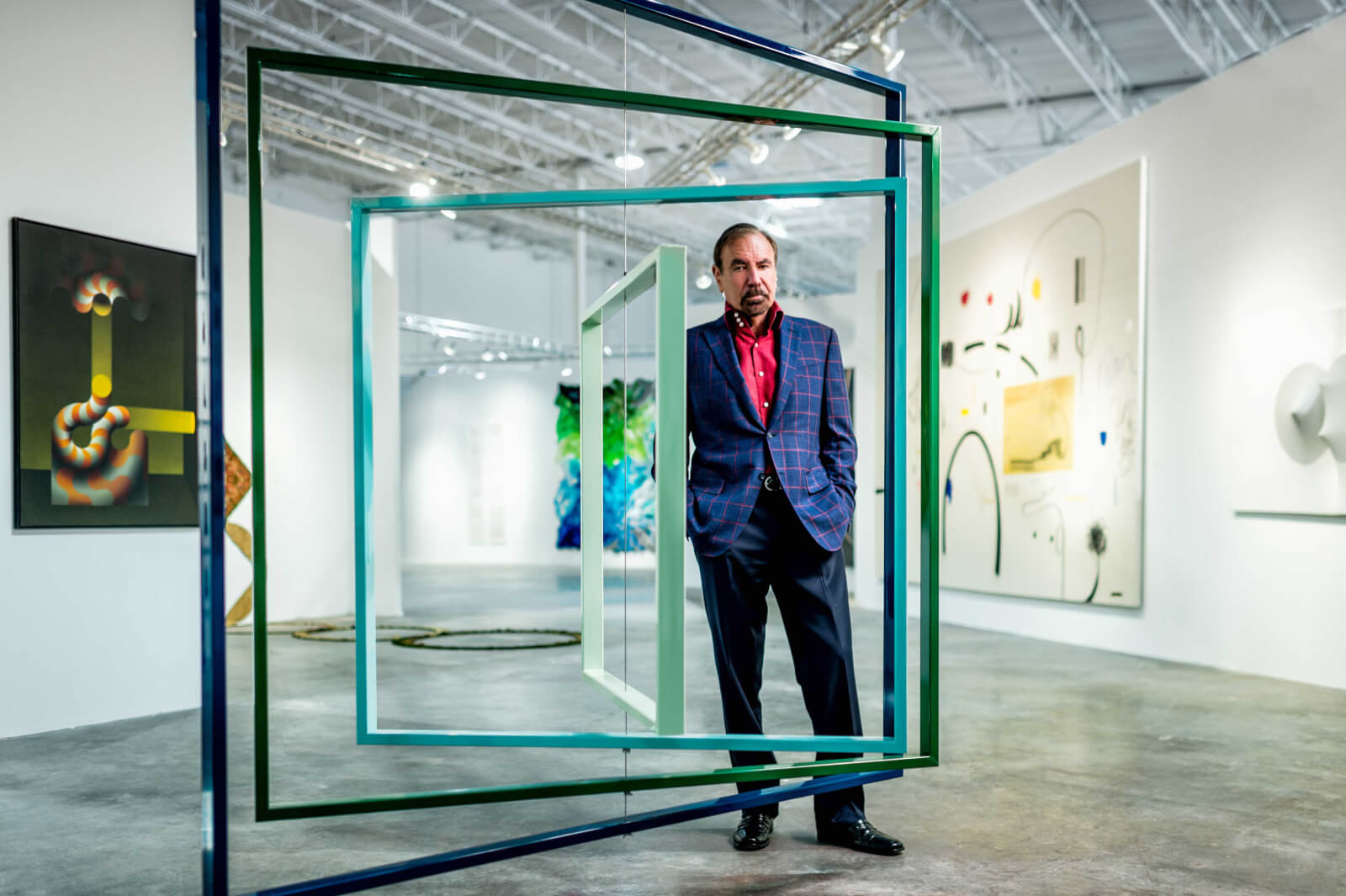 Developer Jorge Perez, credited for creating Miami’s skyline, has a vision for South Florida in the next decade. He sees one connective region, from Miami all the way to Palm Beach—with Fort Lauderdale as the center of this universe.

Perez’s Fort Lauderdale urban center would be a downtown, where people worked, lived and played. Walking, biking or hitching a shared ride (a la Uber) would be the mode of transportation to restaurants, cultural centers and nightlife. Visitors could stop in for a day trip from places north, like Palm Beach, that previously had been turnoffs because of congestion on Interstate 95. But traffic to this utopian universe would be reduced drastically because people would be concentrated in this downtown center, where cars would no longer be “a necessity, but secondary.”

“In cities like New York, and the walking cities of Europe, the lifestyle is that you finish work at 5 or 6 p.m., you meet friends in a neighborhood bar, plan a night out with dining, perhaps theater, and then walk to your living space,” Perez says. “And you can do all that within a short walk or shared ride.”

Part of that ease of use is also not being tied down by property ownership. Front and center in the current real-estate portfolio of his internationally renowned company, Related Group, is Icon Las Olas, a 45-story, high-end rental development, at 500 E. Las Olas Blvd. in downtown Fort Lauderdale.

Sitting in his office at the Related Group’s home base inside One Miami, a waterfront tower on Biscayne Bay, Perez seems especially animated and enthused talking about Icon. He rattles off all of the property’s amenities—infinity-edge rooftop pool, concierge, wine-tasting salon, a restaurant (Etaru) created by the co-founders of London’s Zuma, and retail space. Then he gets pensive.

Icon has been almost 20 years in the making, caught up in legal battles with Icon’s next-door neighbor, the Stranahan House. Supporters of the Stranahan delayed the construction of the towering skyscraper, saying it would encroach on the historic building. Built in 1901 as a trading post and living quarters by one of the original residents of Fort Lauderdale, Frank Stranahan, it is the oldest surviving structure in Broward County.

Perez breathes out. It is a sigh of relief. He speaks with a bit of puzzlement about the years that went by since his company bought the piece of land that was Hyde Park Market. “There are modern buildings all around Stranahan,” Perez says. “There was someone that didn’t want that project built and was funding this; they kept referring to this anonymous $2 million gift. Someone just didn’t want that project to be there.” Perez says opponents lobbied politicians and the federal government to block the construction. “It cost us a fortune, but we won.”

This greener urban center is something of a juxtaposition, because Perez’s vertical living space is an opposing, modern picture to the classic Florida frontier design of the Stranahan House.

“If you look at the middle of downtown Fort Lauderdale, this location is it,” Perez says. His vertical developments create skylines, but building tall glass structures to afford residents water views doesn’t paint the whole picture. “The expansion of single-family, half-acre and one-acre homes is untenable today,” he notes. “You just can’t keep expanding sewer lines, and [traveling] back and forth to work and home is causing so much pollution. The world has to go vertical, or else you’re going to ruin your resources.”

He doesn’t believe Fort Lauderdale’s evolution is as a skyscraper-high, vertical city. “Buildings don’t have to be 40 stories,” he says. “They can be more on a human scale, like you see in the East Village of New York, for instance.”

Perez references Flagler Village, the once-neglected warehouse and resident district where his company built The Manor at Flagler Village, a 382-unit apartment and mixed-use development in Fort Lauderdale, which it then sold in 2015.

“All of these projects that are urban go from the middle class to the very upper class, so we can capture the whole market and give them the very best,” he says.

Perez also talks about a subsection of Related Group, Related Urban, that creates more-affordable housing and develops in conjunction with the city’s housing authority. “Downtown shouldn’t just be for the rich,” he notes.

Originally envisioned as a condominium project, Icon eventually morphed into a high-end rental development. “If this were being sold as condominiums,” Perez says frankly, “the price for a building like this should be $1,000 a square foot, and in today’s market, we wouldn’t realize that.”

Plus, the amenity-rich Icon appeals to a certain demographic. “We felt there was a niche for those renters who didn’t want to own right away, empty-nesters and high-income individuals that wanted to have the most luxurious place but without the hassles of ownership. You leave town and you own the condo—who’s going to take care of it? Here, you drop off your keys to the concierge, and tell them to water your plants.”

It’s a given that any development by Perez’s Related Group is also going to have, as one of its amenities, artwork that would rival galleries. Remember, Perez is an art collector who, in 2011, announced that he was donating $40 million to the Miami Art Museum—half in art from his personal collection and $20 million in monetary support. The bayfront museum’s name was changed to the Perez Museum of Modern Art in recognition of his gift.

“Other than my family, art is my biggest passion,” says Perez, who is surrounded by art in every one of his own spaces. His homes—he has a residence in Coconut Grove, and he purchased a unit at Auberge Fort Lauderdale, which Related built on Fort Lauderdale Beach, as well as a weekend retreat in a beachfront high-rise in Hollywood—have neutral-colored furniture and walls, so they don’t detract from the art.

Related Group has two full-time curators on staff that select art for its projects. Perez says each artwork or installation is selected by the curators or himself, but he signs off on each.

“Your biggest source of pride is where you live, so we want them to feel just like I feel when I come to my home or office,” Perez says. “It’s also helped us to make our buildings attractive to prospective residents. They know a Related building is going to be superior in design and art. And that’s where you’d want to live, right?”