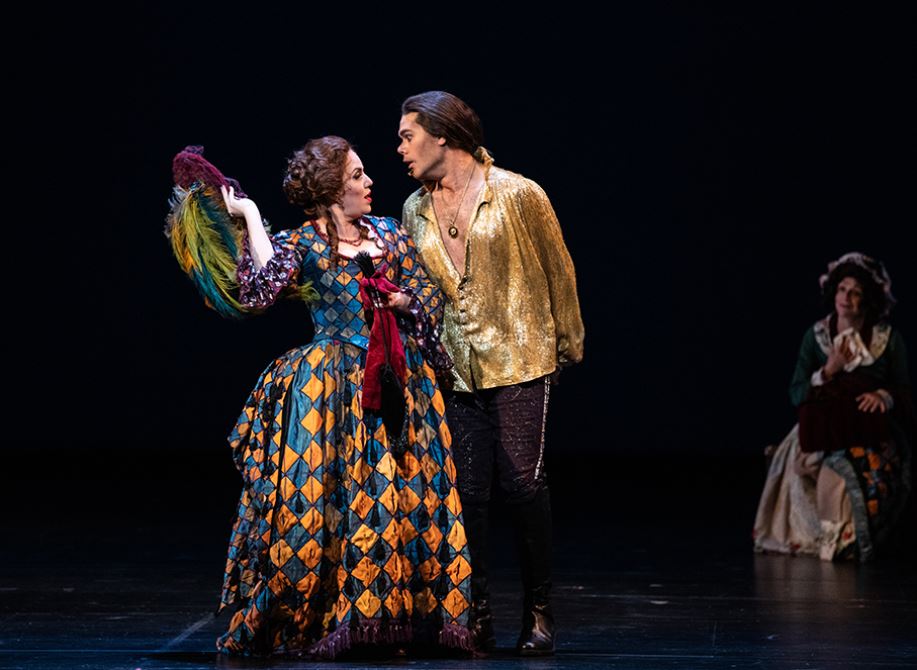 The coronavirus may have forced an early end to Florida Grand Opera’s 79th season, but the organization is staying committed to its mission of storytelling through its FGO Go virtual programming.

As FGO’s general director and CEO Susan T. Danis says, live performance is about connecting with the audience, and launching FGO Go came from the organization’s desire to stay connected to its audience.

“[Storytelling] is at the root—that we can still tell our story, that we can still engage people’s hearts and minds, and that we can keep the art form alive as much as we can, until we hopefully can all come back together and experience live art in a theater again. It’s ultimately what we’re all striving to get back to.”

FGO Go started with content from the singers of FGO’s Studio Artists Program, the organization’s program for emerging artists, performing a variety of music from the world of opera. Each video is a sort of highlight reel of the “greatest hits” from the classical world. For example, one features highlights from Verdi’s Rigoletto (of which April and early May performances were canceled) and another sees them sing songs of the Spanish musical genre known as zarzuela.

And starting May 17, FGO will start Sunday Matinee, making archival recordings of past productions available on YouTube through the end of July. The first opera set to be featured is a past performance of The Passenger, by Mieczyslaw Weinberg, about a German woman haunted by her past as an SS officer at a concentration camp. FGO Go will also offer playlists that feature highlights of well-known operas.

While South Florida starts slowly reopening, Danis hopes that FGO Go will result in an audience even more eager to return to the theater, especially given the financial restrictions FGO has had to undergo through the pandemic.

“I’m hoping in some ways, there’ll be almost an inverse effect [to the quarantining]—that there’ll be some people who actually try some things that they wouldn’t normally do because they aren’t locked in their house,” Danis says. “Then it’ll end up, in the long run, helping us all with attendance.”