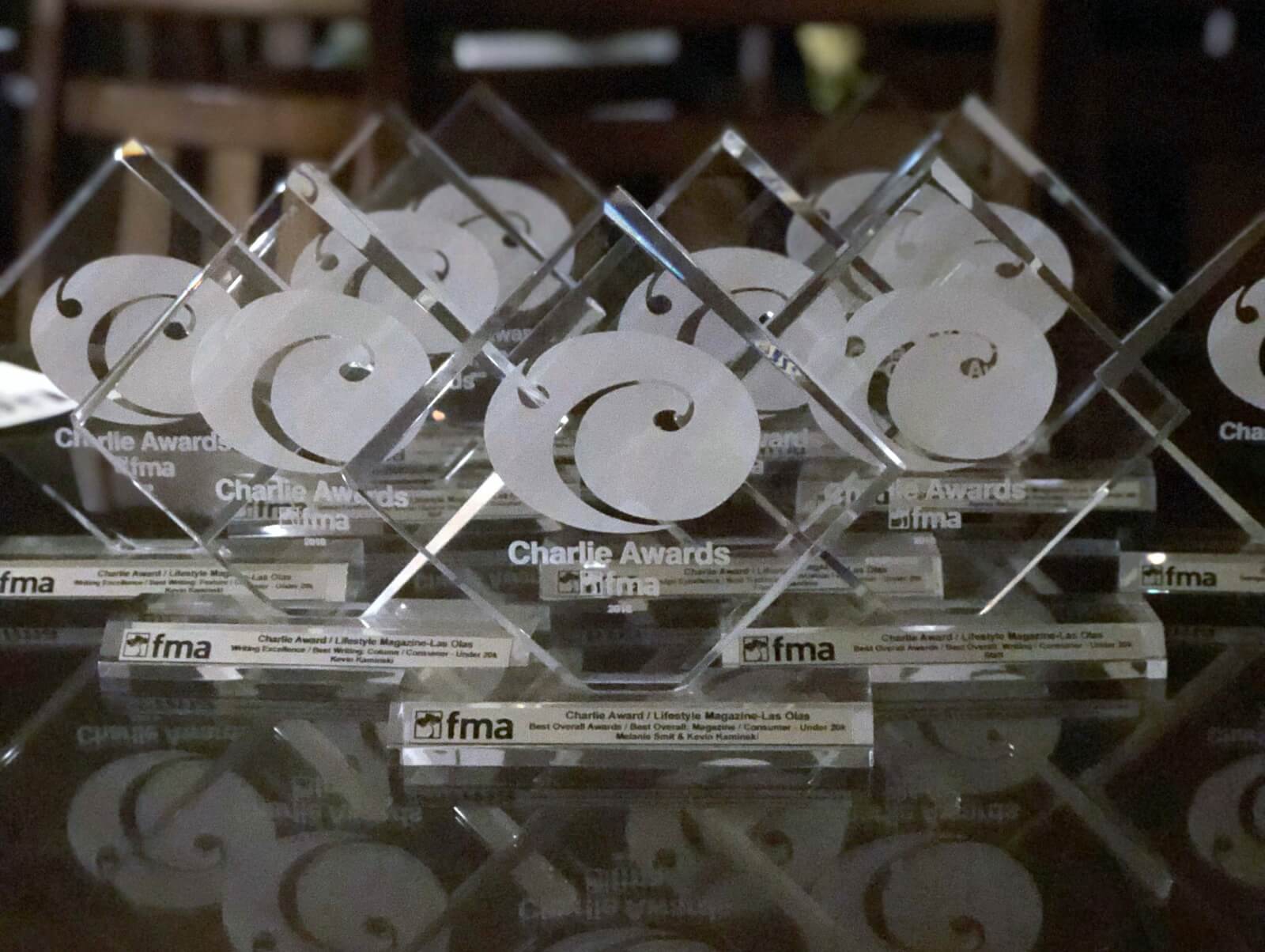 Lifestyle magazines won more first-place awards than any other publication at the annual Charlie Awards, held Aug. 10 at the Hilton Orlando Bonnet Creek in Orlando.

Lifestyle magazines, part of Lifestyle Media Group’s portfolio of publications, earned 10 first-place honors, including the coveted “Best Overall Magazine” award in its circulation bracket (20,000 and under).

“We at Lifestyle Media Group are incredibly honored to be the recipient of so many awards from FMA,” says Gary Press, chairman and CEO of Lifestyle Media Group. “As the largest and fastest-growing magazine publisher in South Florida, with 14 titles and a combined readership of nearly 1 million readers, we are pleased to be recognized by this organization which promotes excellence and the standing of magazines in the Florida publishing industry.”

The annual Charlie Awards competition recognizes publishing excellence involving magazines produced in the state of Florida. Nearly 500 entries were submitted to this year’s competition that recognizes publishers, writers, editors, artists, photographers, printers, marketers and others as the best among their peers in scores of categories.

* All Lifestyle awards are in the consumer, 20,000-under circulation category; South Florida Business & Wealth award is in the trade/technical category.