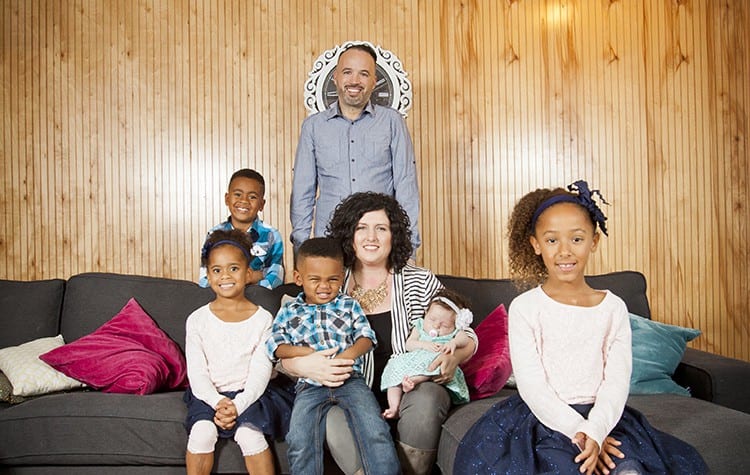 A Creek couple offers their home to more than 40 children

When the Walkers met, they bonded over a mutual desire to improve children’s lives. Orphans visited Eva’s church when she was 13 and talked about not having parents. Allan’s trip to Romania in the 1980s introduced him to HIV-infected babies in orphanages.

The Walkers made their Coconut Creek home a safe place for children removed from abusive or neglectful surroundings, with the goal of eventual reunification. “We know that it is healthy for the children to see both their new foster family and their biological family working together,” Allan says.

They’ve adopted four children. Aaliyah, 8, was 6 weeks old when she arrived, officially joining the family about 17 months later. They adopted siblings Isaiah, 7, and Ariana, 5, in May after four years of foster care, followed by Micah, 3. Their adoption of a 2-year-old boy is pending.

Two-month-old Eliana is the couple’s first biological child, but not their first newborn. “We’ve had 12 foster babies,” Eva says, calling Isaiah their “miracle child.” When he arrived a week before his fourth birthday, he was “very troubled, angry and violent,” she says. They considered returning him but eventually realized that “if we gave up on him, he wouldn’t have anyone to advocate for him,” Allan says. “We redefined for him what family is, and now he’s thriving.”

The Walkers’ holidays are filled with traditions. “We want to give them as many memories as possible, so that when they go home, wherever they end up finding their forever placement, they have those memories—whatever we can do so that every memory that they capture while they are with us stays with them forever,” Allan says.