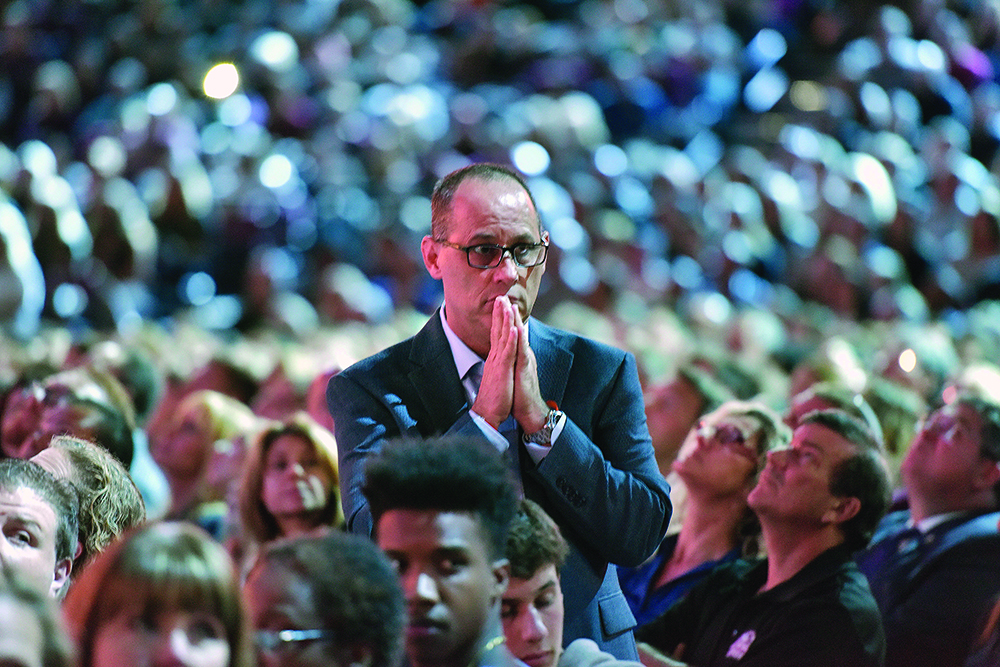 From the Editor: MSD parent Fred Guttenberg continues to Find the Helpers while honoring the life of his daughter

Politicians inevitably ask Fred Guttenberg to take a seat if they meet with him in an office setting. But he always politely declines. “I don’t need to be comfortable when I talk about my daughter,” he says. “You can sit, or you can stand with me.”

Standing with Fred Guttenberg shouldn’t be that hard. He’s not going door-to-door trying to confiscate guns. For starters, that would take hundreds of lifetimes. In 2018, the global Small Arms Survey reported that there are more civilian-owned firearms in the United States (393 million) than people (330 million). To put that into further perspective, that’s also more civilian-held guns in the U.S. than the next 24 countries on the Survey’s top-25 list—combined.

No, Fred isn’t looking for trouble. He’s just trying to honor the spirit of his daughter, Jaime, one of the 17 students and teachers shot and killed (another 17 were injured) on Valentine’s Day 2018 at Marjory Stoneman Douglas High School in Parkland. Still, when your life’s post-tragedy mission becomes raising awareness about, and pushing for, common sense gun safety, trouble sometimes finds you.

At this year’s State of the Union, Capitol Police escorted Fred out of the House of Representatives’ chamber, handcuffed him, and drove him to a detention facility, where he was questioned and detained in a holding room, his left arm cuffed to the wall, until shortly after the speech ended. Fred knows he shouldn’t have let the Second Amendment talk that night prompt his much-publicized, nine-word outburst—“What about victims of gun violence like my daughter?” But it’s not out of embarrassment or that he undermined his advocacy work.

It’s because he didn’t have access to his phone.

“The day my daughter died, we kept trying to reach her on her cell phone, and we couldn’t,” he says. “So, not being able to reach somebody in our family on a cell phone? That’s a triggering event. … What I put them through was unfair.”

What’s really unfair is that life changed in the flash of an AR-15 semi-automatic rifle for so many people that day in Parkland. Each of the family members directly affected has dealt with the tragedy in his or her own personal way—some, like Fred, more outspoken than others. It’s part of what he calls his crazy new life, a healing journey that’s detailed in his book, Find the Helpers. The life, most certainly, is not for everyone.

As he shares in the October issue of Lifestyle, Fred has met supportive and compassionate people from all walks of life—and both sides of the aisle. However, he’s also met far too many people, their own lives turned crazy by an act of gun violence, who understand his grief and the need to channel it. People who now look to him for inspiration.

Check out one of the digital editions of Lifestyle’s October issue to see the story on Fred Guttenberg.