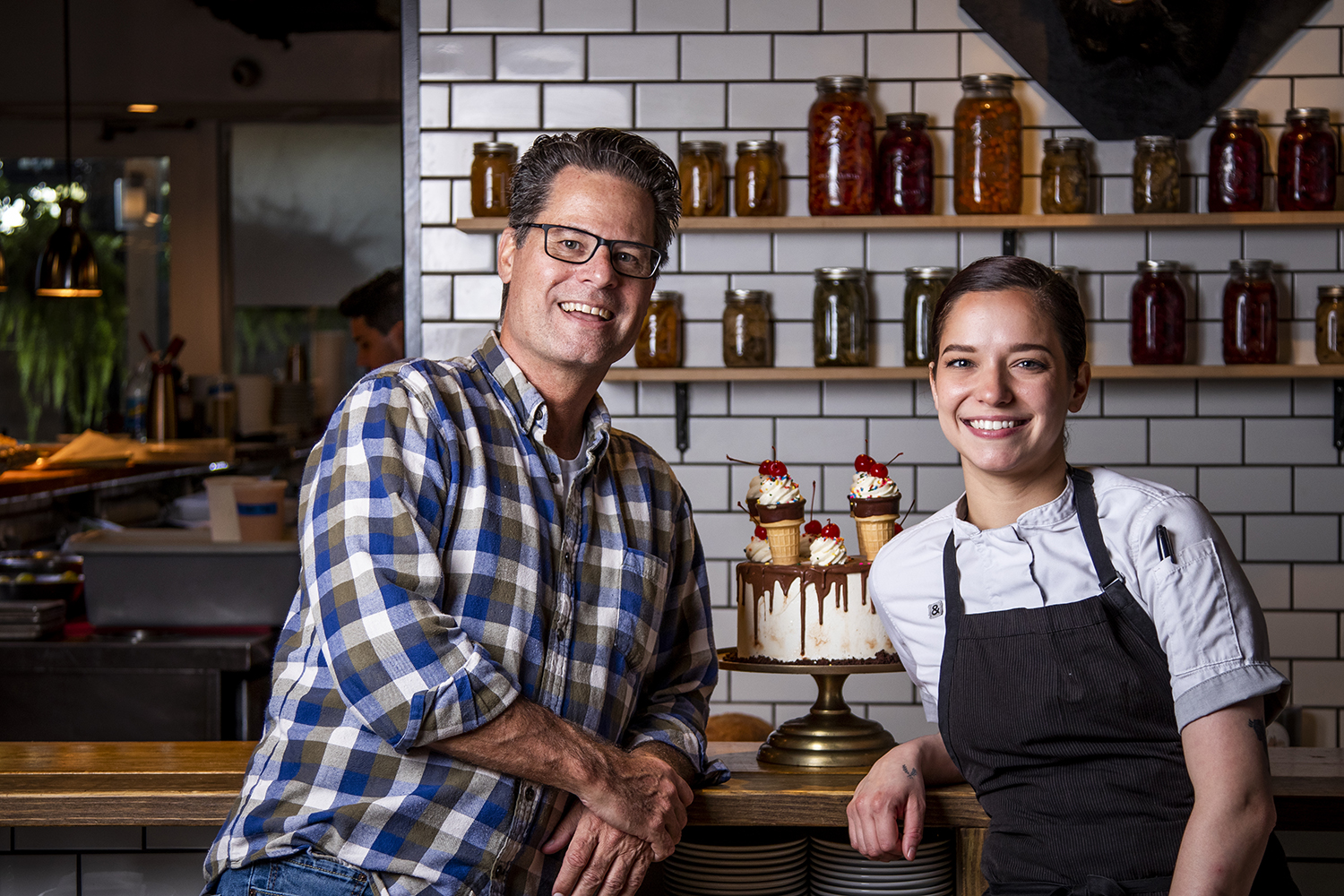 Story subjects in the February issue of Lifestyle get real

Devin Braddock couldn’t have been a more gracious hostess. The ridiculously talented corporate pastry chef for Miami-based Ariete Hospitality Group had created a special coffee-flavored ice cream cake for our February feature celebrating sweet treats. She rearranged spaces inside the restaurant so we had a clear place to photograph. And she later made our day by saving a slice of the decadent frozen dessert for me and Lifestyle photographer Eduardo Schneider.

By her own admission, she also was nervous. Braddock (pictured above, with the group editor) explained that she suffers from anxiety issues. So, the fact that she hadn’t been interviewed in a few years had her a bit on edge.

If you’re reading this, Devin, you had nothing to worry about. You were a delight. Like the other pastry chefs and interview subjects featured in this issue, you had a story to tell. And you shared it with great honesty.

Braddock grew up in Tampa around a grandmother who created elaborate multilayered works of sugary art in her underground home kitchen long before Cake Boss was a thing on TLC. While Grandma’s example influenced the career path on which she would embark, there was more to baking for Braddock. Pastry stirred her senses. And she needed that.

“My calmness is connected to sensory things,” she says. “It soothes me to decorate a cake or to bake cookies.”

Frank talk always has been a staple of Lifestyle, and the February issue is no exception. In addition to speaking openly about her early life addiction struggles, Laraine Newman, one of the original Not Ready for Prime Time Players on Saturday Night Live, addressed her ongoing struggles with on-camera auditions—more than 40 years into her show business career.

“It’s something about the eye of the camera, of being observed, that just freaks me out,” she says.

Then there’s Bill McKibben, whose concerns involve the bigger picture. As part of his recent Third Act initiative, the world-renowned environmentalist is pushing not only to stabilize the actual climate but also the political climate by advocating for the preservation of voting rights across the country.

“It feels to a lot of us that the America we knew is up for grabs,” he says. “We watched people try to take over the Capitol building of the United States. That’s something that happens in a country like Nicaragua, not in Washington, D.C. It’s really, really important that we stand up for democracy.”

As always, we’re honored when the people we interview speak to us with such candor. It’s woven into the fabric of Lifestyle. And it’s something we never take for granted. Enjoy the February issue.