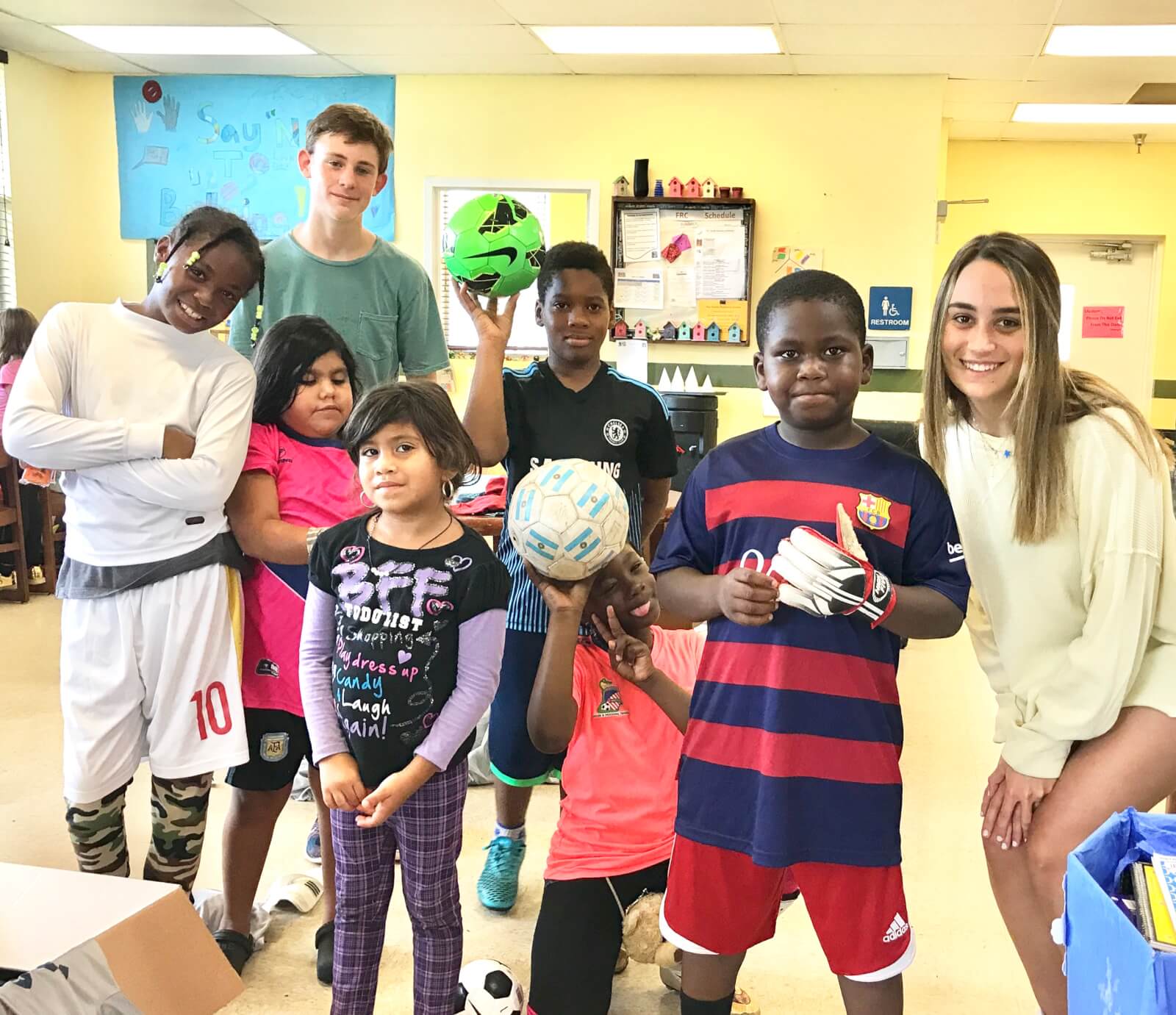 Giving is a Real Kick

With gently used soccer balls and cleats, Mica Wenger, a senior at Miami Palmetto Senior High School, helps give back by moving forward.

“For as long as I can remember, I’ve watched my brother play competitive soccer,” she says. “Over the years, it’s been hard not to notice how easily his equipment would get destroyed and how often he would need new gear.”

The idea of spending hundreds of dollars on shirts, shorts, socks and shoes struck Wenger, leading her to wonder how other families afford the rising costs that come from playing a sport.

“Not everyone has the means and support to buy this kind of equipment,” she says. “And without it, kids are unable to play.”

“At first, I wasn’t exactly sure where I would get the equipment from or if it would really work,” she says. “But through my brother’s club and local families, we ended up with so much to give.”

For about four years, the primary recipient of the donated equipment has been the Chapman Partnership, which provides shelter and services for homeless people. Some equipment also has been given to Palmetto High.

“There are children at Chapman who want to play sports but don’t have the resources to do so,” she says.

On average, Wenger gathers about 200 pairs of shoes, 100 pairs of socks, six large boxes filled with shirts and shorts, and dozens of soccer balls, equipment bags and reusable water bottles, which are delivered to Chapman every three to four months.

Most of the equipment, Wenger says, is donated from local children who have outgrown it. Before a donation is made, she washes each item and ensures it is in usable condition.

“I remember a little boy who asked me if he could keep the pair of shorts we gave him,” she says. “He couldn’t believe that he could take multiple outfits. I just remember him being in total shock. Getting these clothes meant that he’d have enough to wear through the week without reusing worn clothes.”

This fall, Wenger expanded Kick It Forward to include a volunteer component in which local soccer players offer their time on Saturdays to teach and play with children at the Chapman Partnership.

Wenger plans to begin college in about a year, once she graduates from Palmetto High. She hopes to attend an out-of-state university, allowing her brother to take over and further expand the program.

“My brother has been involved with this from the start,” she says. “There’s still a lot more to give.”