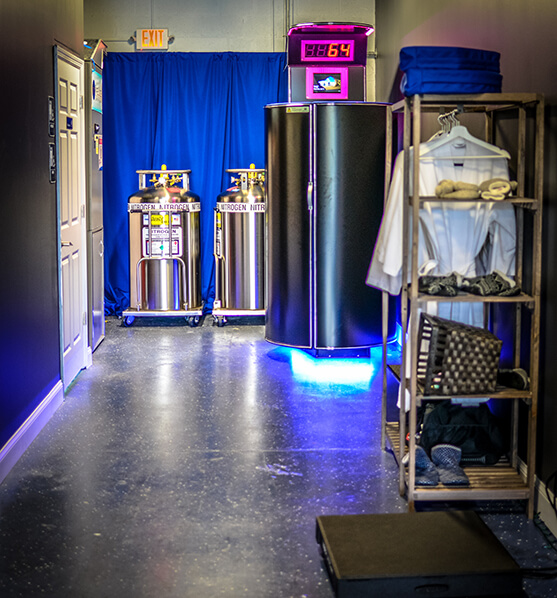 You might have seen videos of celebrities such as Tony Robbins or athletes such as LeBron James entering a metal, cylindrical chamber that looks like it came from a sci-fi movie. They’re not being cryogenically frozen; they’re undergoing a type of treatment called cryotherapy.

Cryotherapy, however, isn’t just for celebrities. Lombard encourages everyone to try it.

“It helps with inflammation, neck pain, back pain, arthritis, eczema,” Lombard says. “There’s an array of benefits, even with just one use.”

Lombard says that during the first 45 seconds in the chamber, the temperature drop puts your body in a state of shock. The heart rate goes up, increasing circulation. Though the extreme temperature might make some people apprehensive, Lombard insists the benefits outweigh the discomfort.

“A lot of people don’t like needles, but they get acupuncture because there’s a reason for it,” Lombard says. “You get the most rejuvenated, tingly feeling that lasts for four hours. … You’re in there for three minutes, but you have hours of relief.”

Lombard also emphasizes that the cold sensation experienced during cryotherapy is not like the “wet cold” felt when jumping into freezing waters.

“You’re going to feel it at the surface, but the longer you’re in, [the cold] seeps [deeper into your body], so you’ll definitely feel it in your muscles and bones,” Lombard says.

“We walk you through every single second, so we’re constantly talking, keeping you busy, and you’re moving around … so it doesn’t feel as bad.”

While Lombard encourages people of all ages to try cryotherapy, those with heart conditions or high blood pressure, and stroke patients, should steer clear of the chamber.