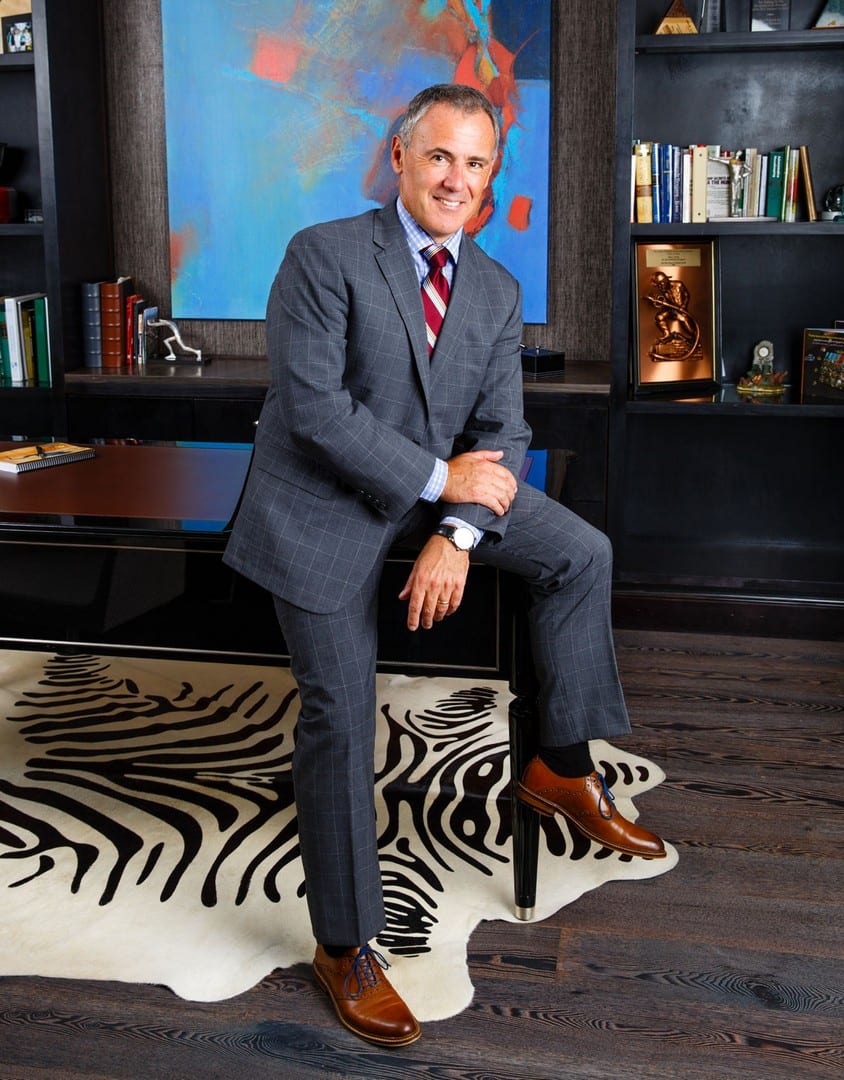 There was a brief lull in John Crean’s office at Broken Sound Country Club, but buzzing filled the silence.

“Oh, yes, those are some of our bees,” he says, pointing to the insect-filled frame on the back table. “I wanted to you to see them.”

That was in September, when Crean, general manager and chief operating officer of Broken Sound, was raising awareness of the worldwide decline of the honeybee population. The club employs a beekeeper to maintain 22 beehives on its golf courses, where 1 million bees produce 1,000 pounds of honey per year for the members.

The plight of honeybees is one of several environmental causes the Boca Raton club has taken on since Crean arrived 14 years ago. Last month, the club won top honors in the 2017 Environmental Leaders in Golf awards, presented annually by the Golf Course Superintendents Association of America and Golf Digest. It was the latest accomplishment for a club that ranks among the country’s 70 best, according to Platinum Clubs of America.

Though Crean enjoys gardening as a hobby, he wouldn’t call himself a tree hugger. He says it’s a matter of making sustainable decisions that are good for business.

“I see processes that can benefit the environment without costing a lot of money,” the Parkland resident says. “The initial setup may cost some dollars, but those dollars will come back tenfold if you do it correctly.”

Broken Sound—which just hosted the PGA Tour Champions’ Allianz Championship for the 11th straight time—has two 18-hole golf courses certified by the Golf Environment Organization. In addition to the beehives, there’s a butterfly garden and birdhouses. The club’s on-site composting system helps reduce the amount of fertilizer and insecticides sprayed on the courses, which are irrigated with recycled sewage water. Most recently, Broken Sound has installed a Tesla charging station.

Crean stumbled into becoming environmentally conscious. The club once used plastic foam cups “that are oddly a sin when you see them blowing across a beautiful green fairway” and water bottles with the club logo, which were bad for the environment and cost $40,000 a year. So the club installed water machines and introduced biodegradable, cornstarch-based cups. Soon, solar heaters, water-reduction toilets and showerheads, and motion-sensing lighting systems with LED bulbs were added. Since then, the club has received honors from the Florida Department of Environmental Protection for its 95-percent recycling rate.

Check out these farmers/green markets.

Delray Beach
Where: Old School Square Park
When: Saturdays, 9 a.m.–2 p.m.
How long: Through May

Boca Raton
Where: Royal Palm Place
When: Saturdays, 8 a.m.–1 p.m.
How long: Through May