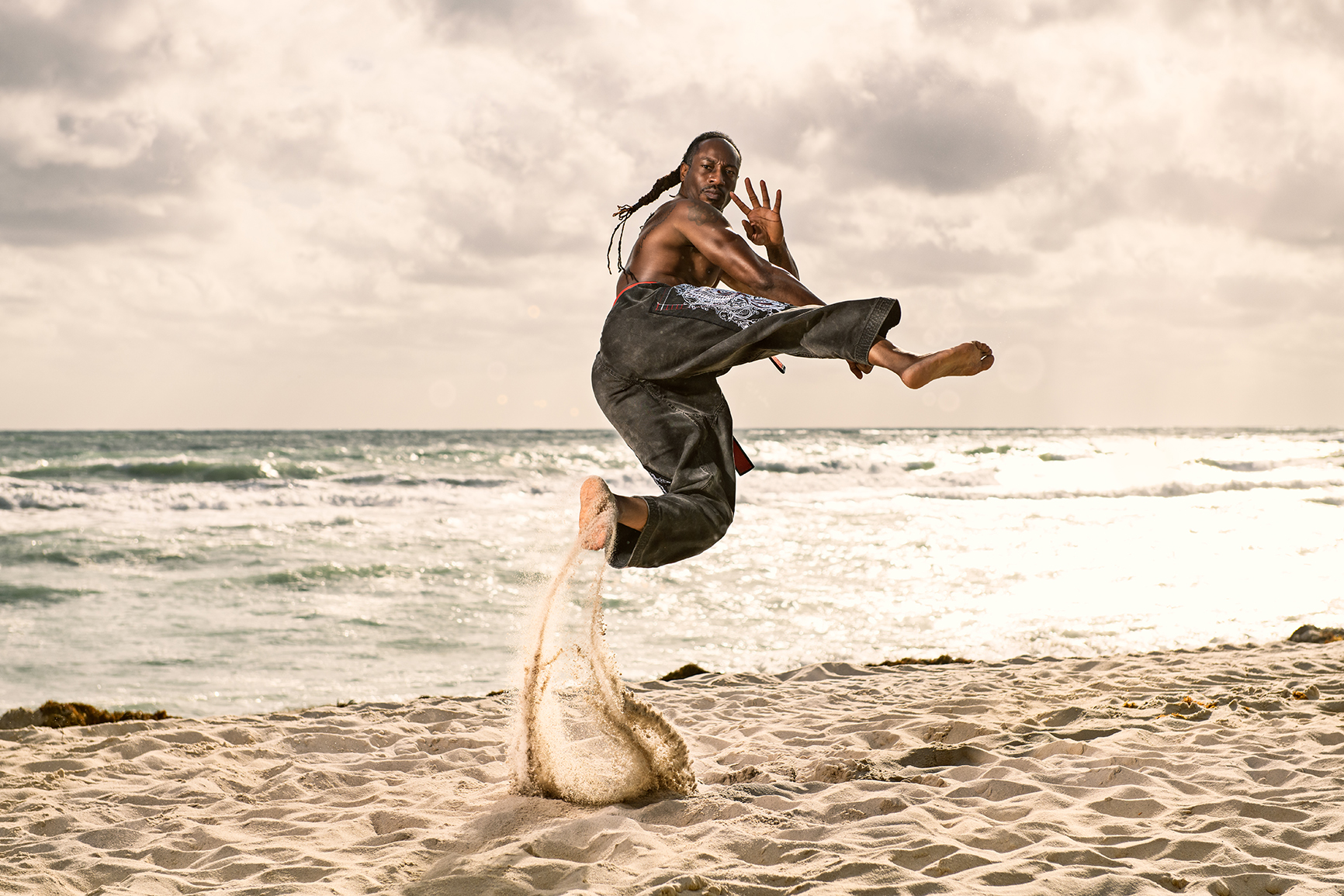 He is the grandmaster of his destiny, and Jean Phoenix Le Grand believes anyone can be the master of their own fate, too.

“It’s about respect, values, consistency, integrity, obedience, and learning what your life’s purpose is,” he says.

Le Grand, an eighth-degree black belt, is truly a grandmaster. To achieve the status, Le Grand says, you must reach a certain degree in your black belt, eighth degree up to 10th degree, and be the creator of your own style. What’s classified as a traditional mixed martial arts technique, Lost Legacy Systems, is what he has taught in Coconut Creek and Pompano Beach for the past 17 years.

The North Lauderdale resident might be familiar to families in Creek. He spent seven years teaching martial arts through Lost Legacy at the Coconut Creek Community Center. He left the center after seven years with mixed emotions, he said.

He took an offer from a gym in Pompano Beach to set up shop there. It worked for a while, until he realized that the space was lacking something necessary to his practice: an overall vibe of peace and centeredness that he requires for himself and his students. Parents, kids and adults who were taking classes with Le Grand had to walk through the gym to get to the class. “There was swearing, and it just didn’t feel right,” he says. “It was two different worlds.”

Years later, he realized that he belonged back in Coconut Creek.

“The Community Center and the people were a part of my life and journey here in Florida, and it’s time to go back to that. Those were the school’s greatest times, and we had wonderful memories created there,” says Le Grand, who will be teaching his Lost Legacy Systems of traditional mixed martial arts at the center starting in November. “This is the final destination. No more jumping around.”

Le Grand, whose parents were from Haiti, grew up in Brooklyn, where both his father, Louis, and his mother, Marie, were black belts. The couple met when both were involved in the Korean martial art tae kwon do. Le Grand was about 5 when he began his formal training. For much of his boyhood, he thought everyone did martial arts.

“When I got to high school, I realized that it wasn’t something usual, even though I had been involved my whole life,” he says. “What I discovered was that I had this specialty.” 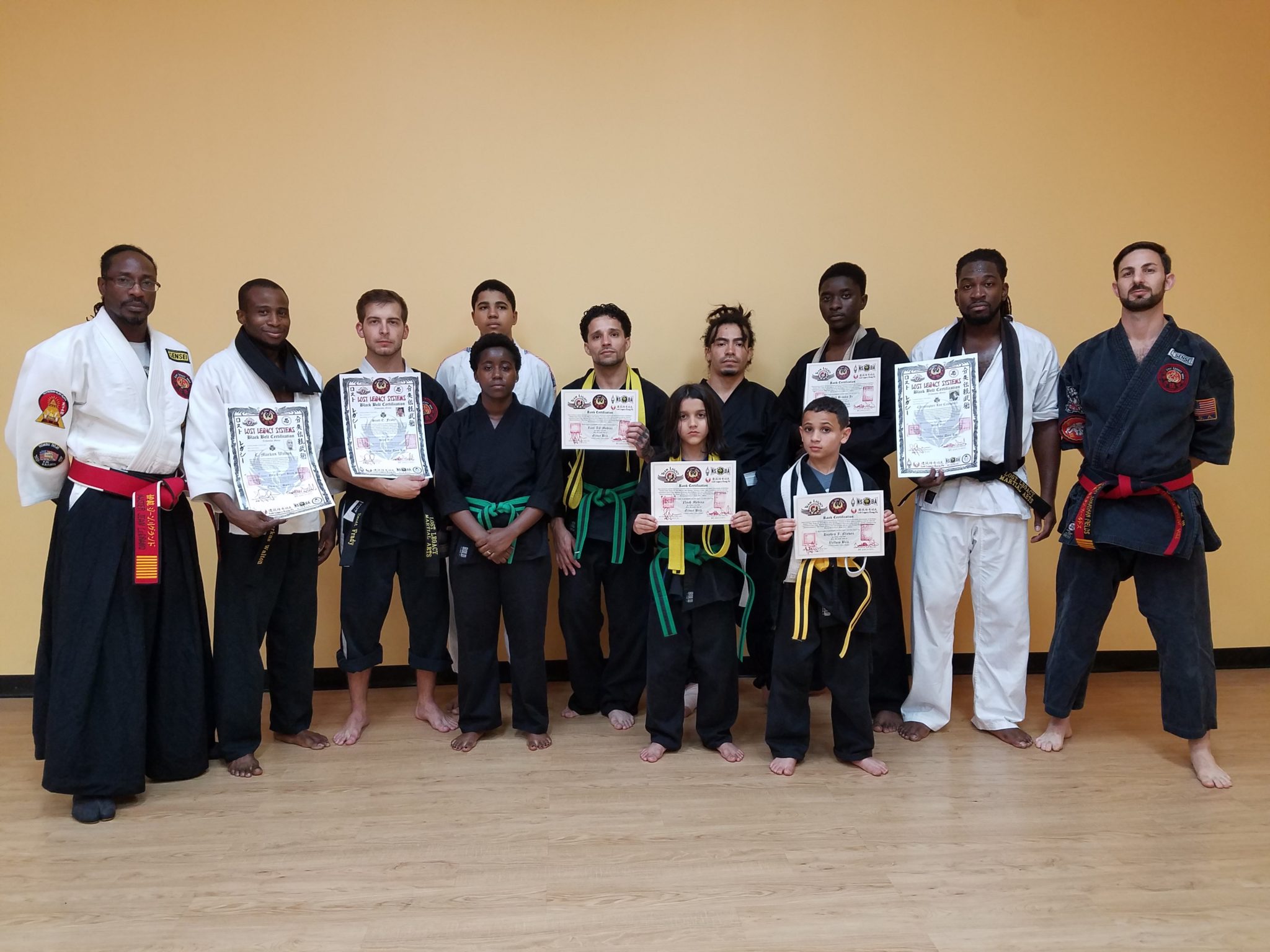 He began to learn numerous traditional Chinese, Japanese and Korean martial arts styles and eventually created Lost Legacy Systems, which he developed based on such styles as jiujitsu, judo, kung fu, karate, ninjutsu and tae kwon do. Le Grand mastered the styles, then implemented his own training methods. “I wanted it to be based on traditional martial arts, not what most people are used to seeing,” he says, referring to the karate-type fighting shown in movies.

Moving to Florida was what he needed to get Lost Legacy Systems off the ground, but his move wasn’t planned. While visiting relatives in South Florida, Le Grand had a feeling of belonging. “I came for a week, and I fell in love with the area,” he says. “Looking at the blue sky in the day, seeing the stars here at night.”

In his own words “everything fell into place” for him to move. He boldly walked into a fitness center in Coconut Creek Plaza and pitched a martial arts class to them. That was in May 2002, and by November he had everything packed in a truck and was leaving New York.

He began his affiliation with Coconut Creek when he started working for the city’s parks system in 2003. A Creek employee saw him training and suggested he bring his program to the city. Three years later, he started teaching. He soon was making enough money in martial arts to leave his parks job.

Le Grand had been exposed to different experiences, including performing martial arts stunts in films, working with African-American martial artist and stunt coordinator Robert Samuels. But the technique he’s developed is what he prefers to share. “I am meant to be a teacher, and I don’t sugarcoat any of it,” he says. Students will learn the jumps, kicks and punches, but, more important, they will take away something that Le Grand says will change them for life.

“We don’t rumble; this isn’t about fight, fight, fight. A lot of people who join want to learn how to defend themselves,” he says. He promises that, but he says there is something valuable he wants to give to his students.

“My students do learn about self-defense, but they learn the foundation of traditional disciplined martial arts: respect, integrity, consistency, balance and control, where everything is in sync—mind, body and spirit.”