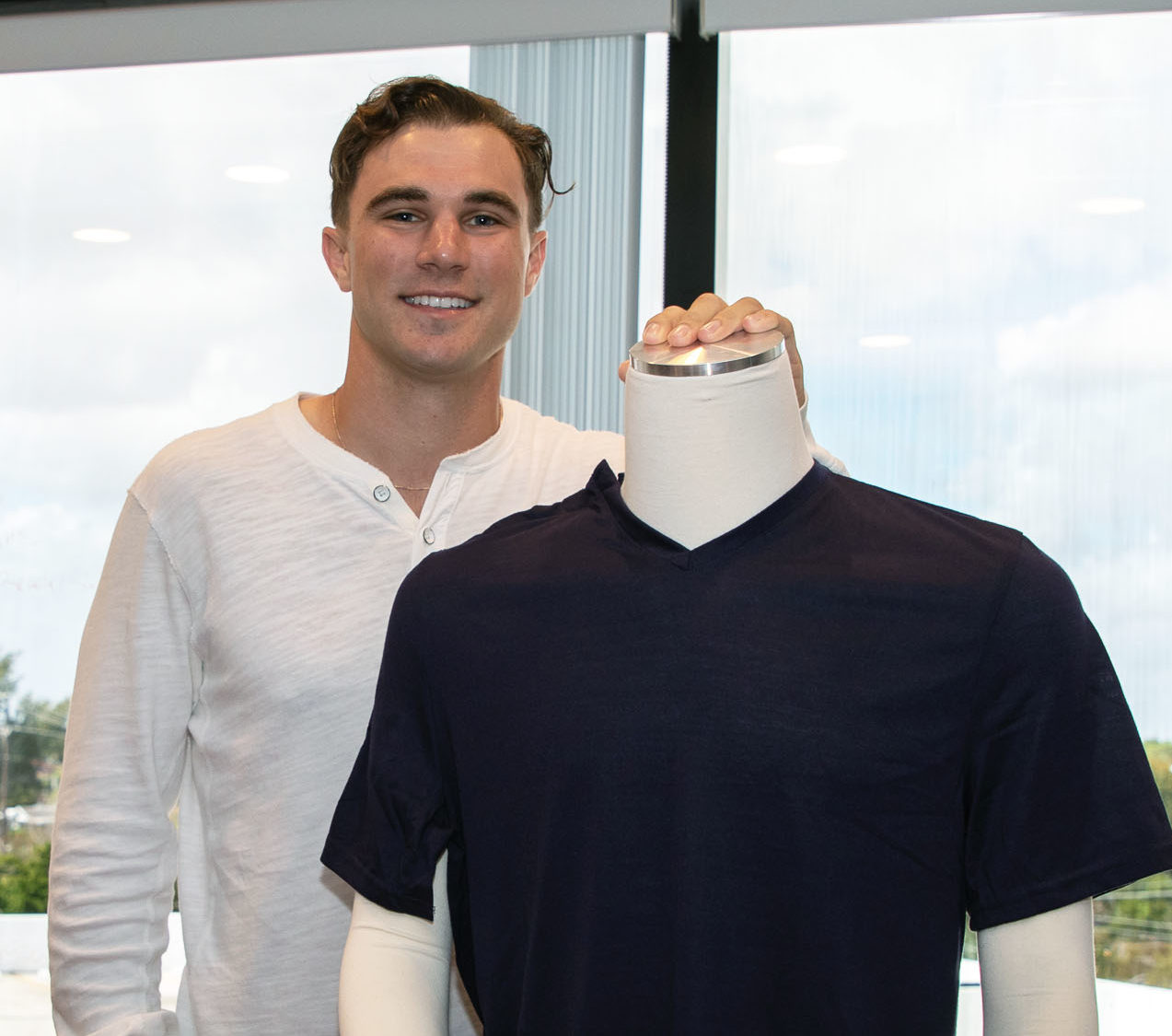 Keep Your Shirt On: 3 Questions with JC Coban

This former athlete turned his career-stopping injury into a revolutionary product.

What do you do if your promising career as an athlete is derailed by a severe sports injury? If you’re Delray Beach resident JC Coban, you become a successful entrepreneur. The former baseball star at Boca Raton High School tore his labrum (shoulder socket tissue) during his sophomore year at the University of Tampa and had to undergo multiple surgeries. When he had no way to dress himself during his recovery, he and his mom tinkered with different prototypes and eventually discovered that a shirt cut open, with magnets for easy fastening, worked best. Though he didn’t realize it at the time, Coban had invented the SlingShirt (slingshirt.com), which is specifically designed for people to wear after shoulder surgery. After selling them all over the country, the Cobans are in talks with several major medical organizations about potential partnerships. Here’s what the inspiring and optimistic young shirtmaker had to say.

How did you manage to deal emotionally with your dreams of a pro career being shattered by your devastating injury?

I couldn’t dwell. I had to move on. I am a firm believer of “when one door closes, another opens.”

When you came up with the idea for what would become the SlingShirt, did you realize the magnitude of what you’d developed?

I had no idea. I was just trying to get through college without my mom having to dress me. Only later did I realize that if it worked for me, it could help so many others like war vets and stroke victims, in addition to those recovering from surgery.

Do you have plans to expand your brand?

You never know, but for now I’m just focusing on the shirt. We’ve made some upgrades since the launch, based on customer feedback, such as stronger magnets and the addition of extra magnets on the larger sizes.