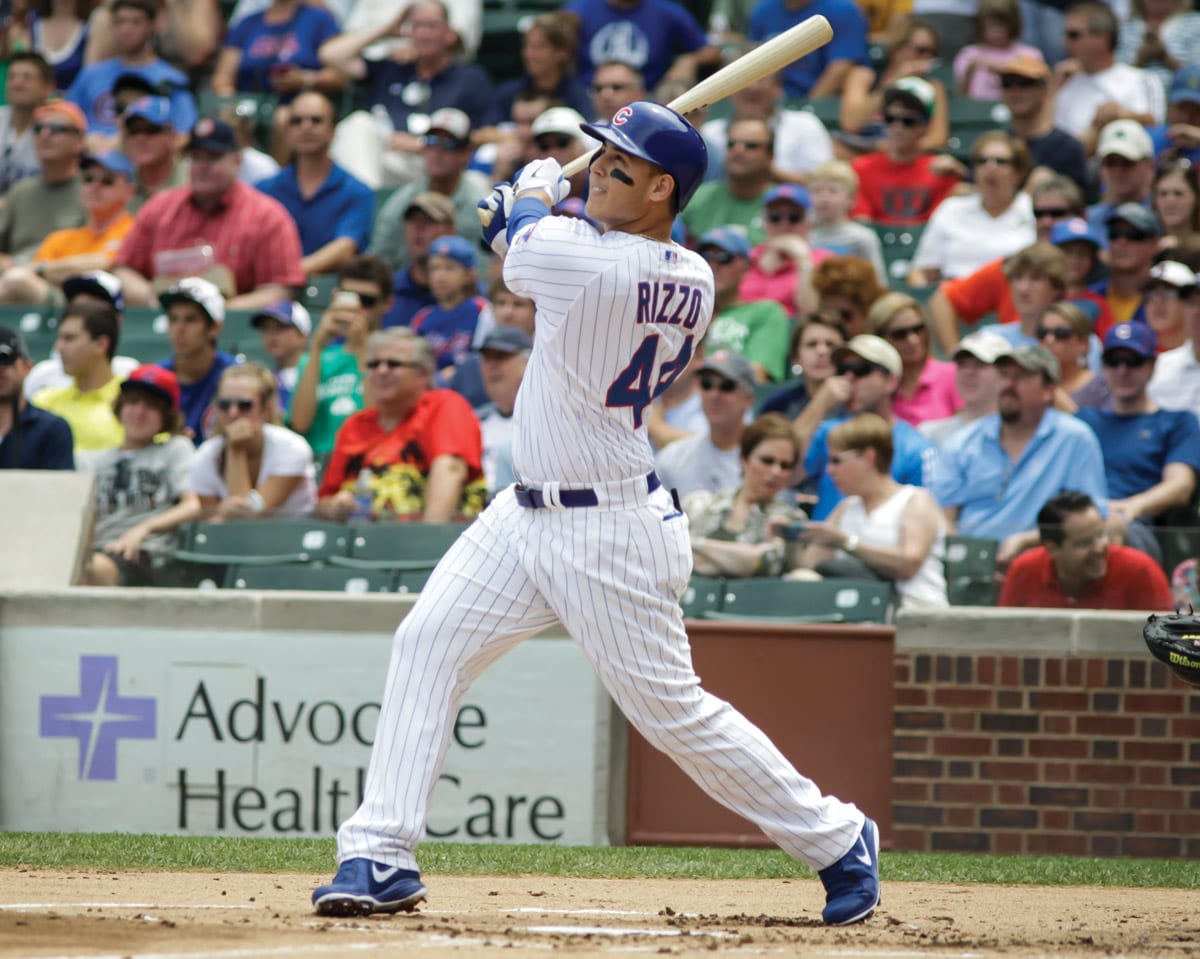 It’s been good to be Anthony Rizzo the past month. Not only did the first baseman hit .360 for the Chicago Cubs in the 2016 World Series against the Cleveland Indians—with three doubles and seven runs scored—he also was on the receiving end of the throw that ended the longest championship drought in major North American sports.

When Rizzo fielded the toss from third baseman Kris Bryant in the bottom of the 10th inning, the groundout that ended an epic 8-7 victory in Game 7, it sealed the Cubs’ first World Series title in 108 years. The play touched off a celebration that, for the Parkland resident, shows no signs of letting up.

It started with a parade down Chicago’s Michigan Avenue, an all-day party that marked perhaps the least-productive work day in Windy City history. Then came a two-scene appearance on “Saturday Night Live” with fellow players David Ross and Dexter Fowler: one where Rizzo played a stripper at a grandmother’s surprise bachelorette party and a “Weekend Update” skit where he sang “Go Cubs Go” with former SNL cast member and die-hard Cubs fan Bill Murray. The 27-year-old then chatted up Jimmy Fallon on “The Tonight Show.” Plus, he made the cover of Sports Illustrated, his excitement radiating off the page.

It’s been an unforgettable run for the three-time All-Star, who is only eight years removed from another life-altering experience. In 2008, at age 18, Rizzo was diagnosed with Hodgkin lymphoma. No matter how bad he felt during treatments, he knew he had to stay strong for those around him, especially as his grandmother battled breast cancer at the same time. “I believe that an individual does not battle cancer, but rather the whole family does,” he wrote on the website for the Anthony Rizzo Family Foundation, the organization he and his family started after he went into remission that raises money for cancer research and supports children and their families fighting the disease.

Rizzo, who will be in Parkland Dec. 11 for his foundation’s annual Walk-Off for Cancer 5K at Pine Trails Park, spoke to Lifestyle about his whirlwind month.

How did you have the presence of mind to tuck the ball in your back pocket after the out that sealed the World Series?
It’s a piece of history. If I throw my glove off, that ball goes flying somewhere. In every replay I’ve seen of every World Series since I was a kid, a player has taken the ball and kept it. I put it in my pocket to celebrate.

Was your family in Cleveland for Game 7? How did you celebrate that night?
My mom and dad were with me every game for the whole playoffs. My brother, sister-in-law, their son and my girlfriend were there in Cleveland. We popped Champagne on the roof of the clubhouse and took pictures with the trophy. Then all the families flew back with us on our team charter. That was a really good moment.

Who was the first person from Parkland that you either spoke to or heard from after the game, beyond family?
That’s a tough one—I got so many text messages that I [had to catch] up on. My friend Jordan Brown is probably the first person I called; I went to high school with him. Everyone couldn’t believe it. The support I got from everyone back home has been amazing.

Is this only the beginning for this group of Cubs?
I hope so. I want to say this is only the beginning, but it’s so hard to do what we did. The competition in all sports, like baseball, is so good and not easy. But we should be contenders for years to come.

Have you had time yet to process what this means to you personally, given everything you’ve been through?
For sure. It’s really the ultimate dream to win the World Series. A lot of things happened along the way, and to overcome cancer is the biggest obstacle of my life. I’m grateful for it, and when I look back and think about that and now where I am, it’s amazing.

When people battling the disease talk to you, what do you share with them about how you were able to stay so positive?
I make sure they know that the sun is still going to rise tomorrow. When you feel good, enjoy your life. When you’re feeling bad, just know that there are better days ahead. … I think [the Rizzo foundation] does a good job making people feel loved, and that’s important. A little love, a little reaching out goes a long way for these kids and especially their families.

Do you think you’ll ever have to buy a beer in Chicago or Parkland ever again?
Parkland? It’s a little more low-key, [so maybe] I can go under the radar. Chicago? I sure hope not.