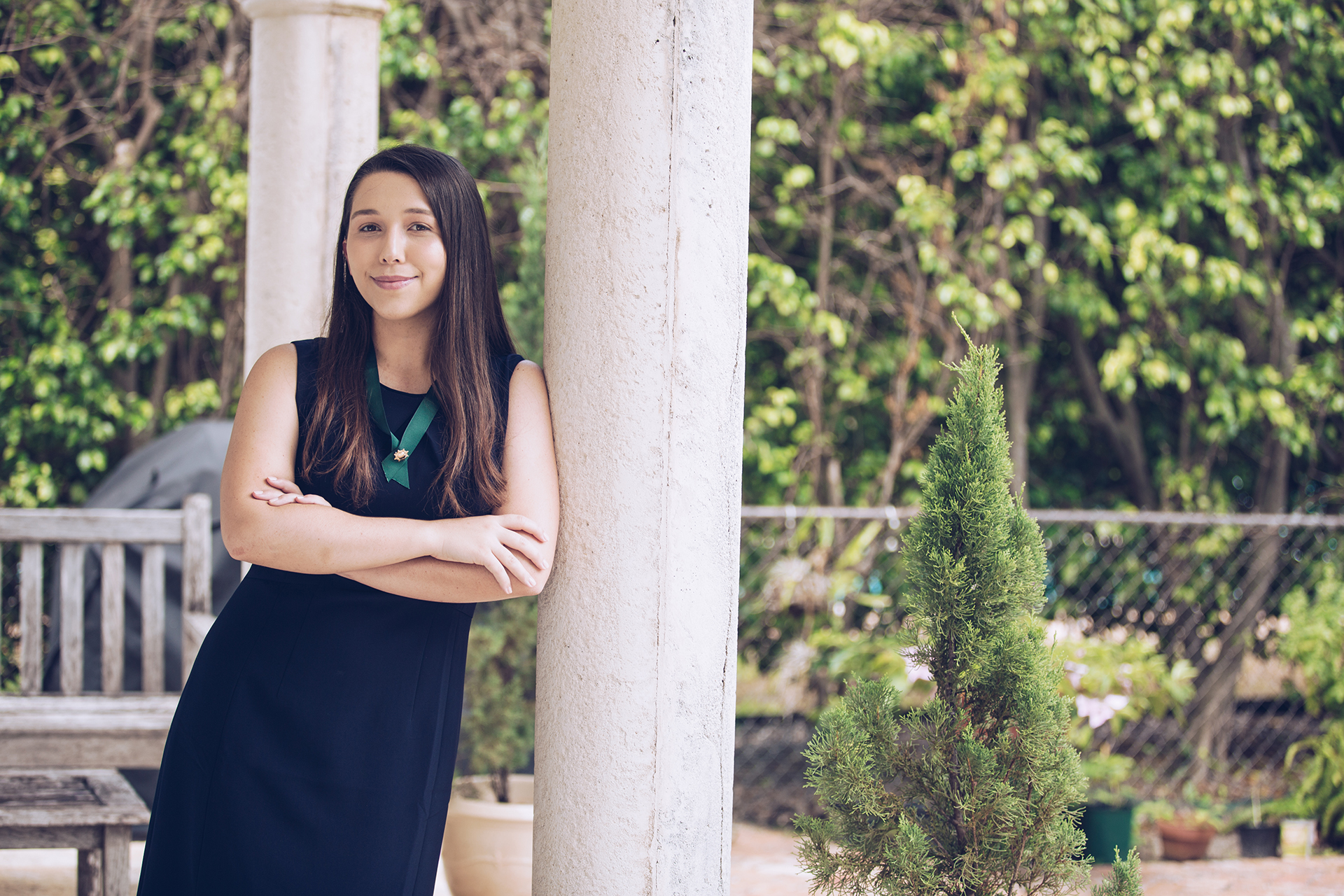 When Madeleine Gonzalez sold the Girl Scouts’ famous cookies, she wasn’t just satisfying customer cravings for Thin Mints. She also was tapping into a passion for business and marketing. The lessons she learned from selling cookies—never giving up and letting her voice be heard—were put into action when the Miami Beach resident made a surprising discovery:

“I was given the opportunity to preregister to vote [at 17]. At that time, I never knew you could pre-register at the age of 16 [in Florida]. Then, when I turned 18, I received my voter card in the mail. When I talked about it with my friends at school, nobody knew that they could preregister.”

When Gonzalez found out that young people vote in lower numbers than other demographics, she was inspired to help others understand “why their vote matters and why they should vote.” She decided that educating her peers on voter pre-registration and civic education would be the perfect project with which to earn a Gold Award, the highest honor a Scout can achieve.

“I told [students] that it’s important to have your voice be heard, have an opinion in government and vote for the person you feel represents you and is the best person to represent all of us,” says Gonzalez, a member of Miami Beach Youth Commission, who has voted in local elections.

Thanks to the project, about 50 students pre-registered to vote, and her school’s American government classes will encourage students to pre-register to vote.

In July, the 19-year-old was given the Gold Award during a drive-by pinning ceremony, along with other members of the Girl Scouts of Tropical Florida. Now, she’s studying business management and marketing at Florida State University with plans to one day be a CEO—though she’s yet to decide where and when. What she does know is that she wants to continue to mentor and encourage young Scouts.