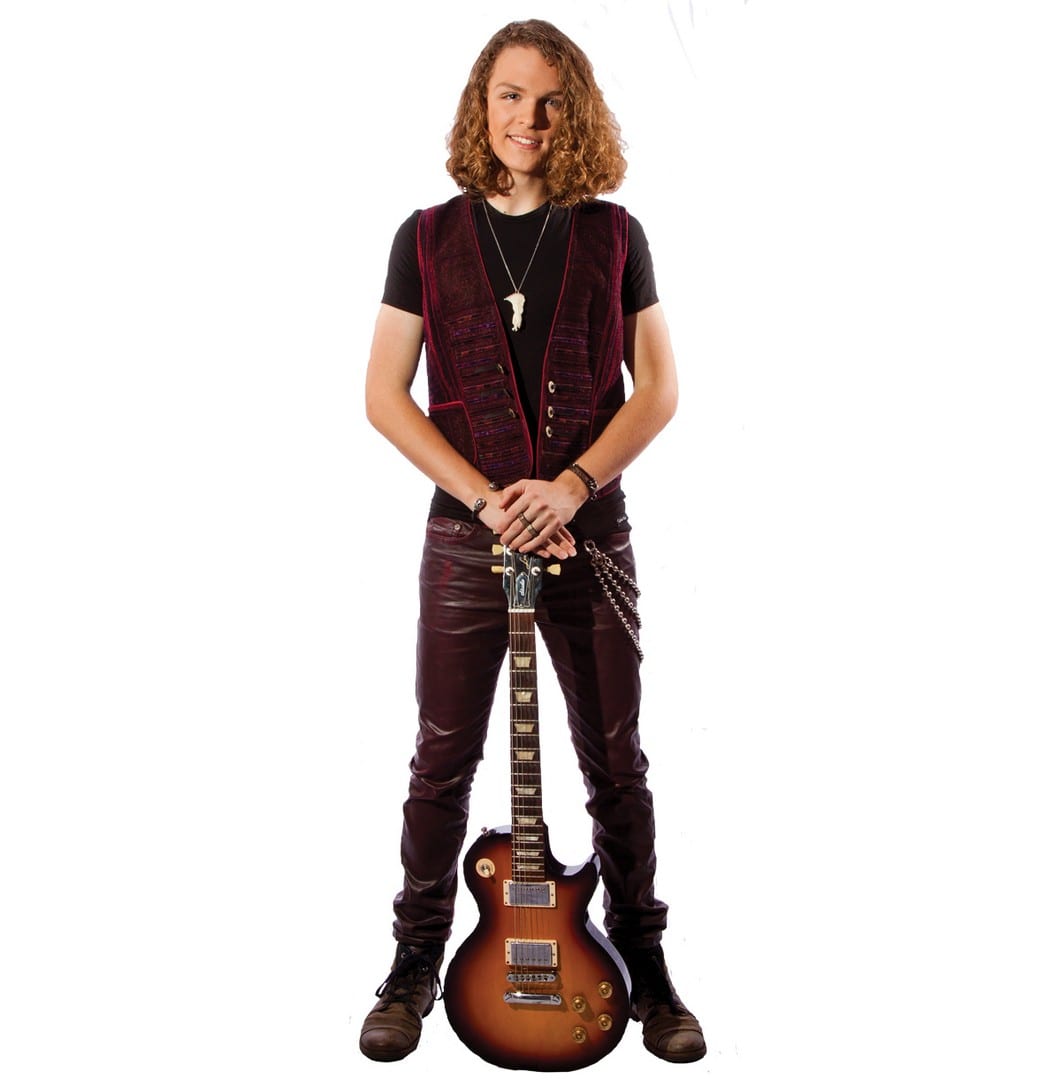 • Mason Pace is just 15, but he’s been in the music industry longer than some rockers twice his age. The Boca Raton resident began piano lessons at age 5 when his parents, Kim and Todd, learned music was good for children’s development. “He made it look so easy,” Todd recalls. “The teacher said he had a rare talent—perfect pitch. So at 7 years old, we handed him an acoustic guitar because, if he was going to be a musician, he couldn’t carry a piano around.” Mason still takes weekly guitar lessons, as well as voice classes. He also taught himself bass and drums, plus he writes his own music.

• He was discovered at age 11 during a Miami audition where hundreds of performers sang for the chance to work with professional mentors. Mason—who earned one of the coveted few spots—was matched with producer and songwriter Marc Hudson. “As soon as I met Mason, I knew he had something,” says Hudson, who has worked with Aerosmith, Ozzy Osbourne and Ringo Starr. After the pair co-wrote and recorded “Do it Now,” a song about bullying, Hudson said it was “like working with Steven Tyler.”

• The 10th-grader at Saint Andrew’s School in Boca is the lead singer and guitarist of The Mason Pace Band, which plays locally and statewide. The band performs “pop alternative rock”—original music, with selections from One Direction, Van Halen and Green Day. And, yes, there are groupies. Dad recalls the band’s show at the Broward County Convention Center during an international volleyball competition: “There were 1,500 high school girls screaming and reaching out.” Last year, the band performed at Mason’s homecoming game. “People at school know I’m in the music business, but they treat me like everyone else,” he insists. Oh, and girls—he’s available: “I’m a single Pringle,” he says.

• Talent runs in the family. Mom Kim placed third in the Miss Fitness America contest, and Todd is a former competitive swimmer and gold medalist at the Pan American Games. Kim takes care of Mason’s social media and publicity, while Todd is the roadie, manager and booking agent. “Our ultimate goal is to get a record deal,” Todd says. “If it works out, great; if it doesn’t, that’s OK, too. We’re really proud of him.”

• Mason’s hair has been compared to Robert Plant’s and Peter Frampton’s—and is a source of contention in the Pace household. Says Todd, “We like it with some poof, so it’s a little fluffy and it shows off his curls.” Says Mason: “I like it more controlled so I don’t look like I put my finger in a socket.”