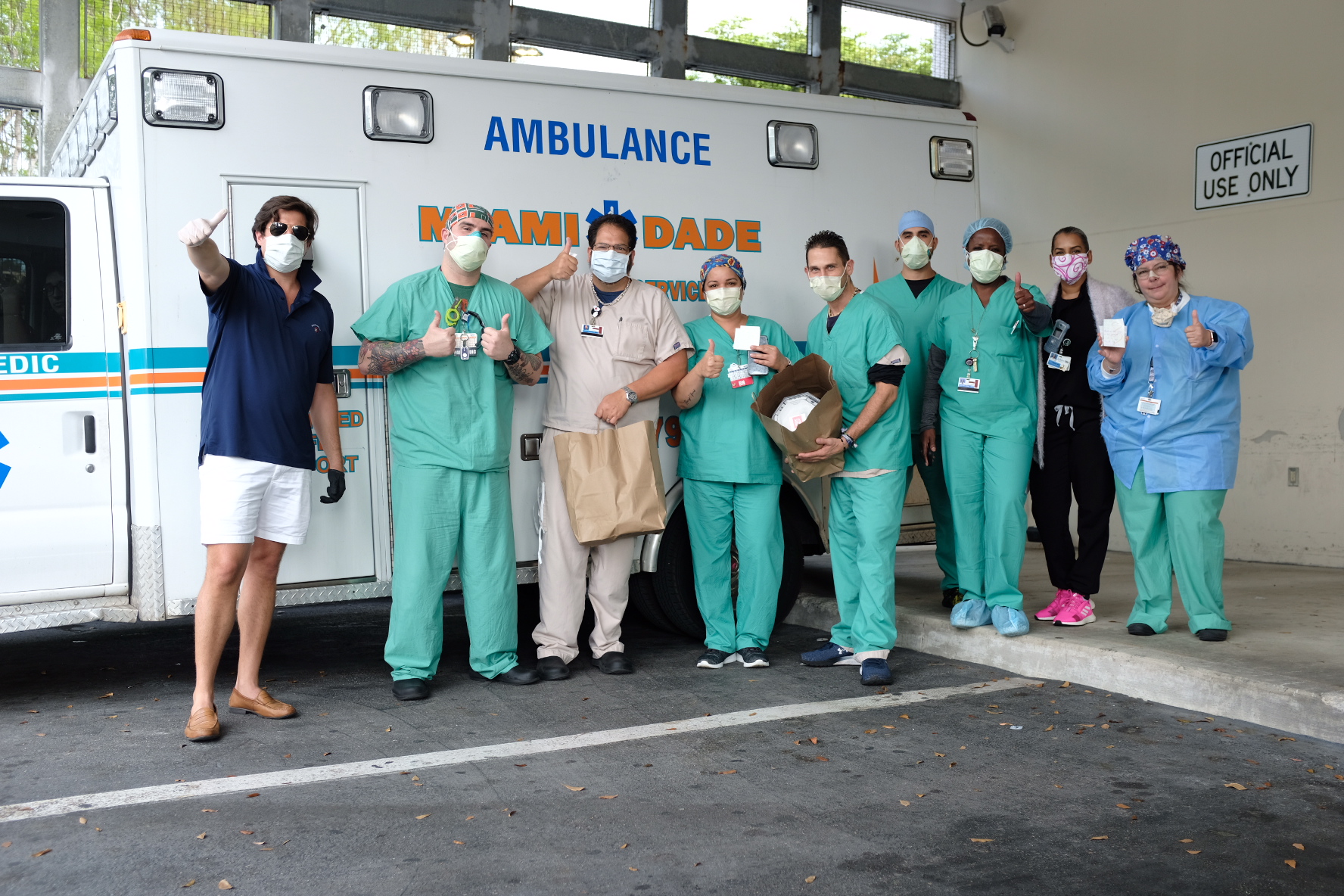 In mid-March, the Greater Miami Convention & Visitors Bureau (GMCVB) launched “Miami Eats: Order Out, Help Out” (gmcvb.com/MiamiEats), giving locals a place to survey the restaurant takeout scene and thus assist an industry devastated by the pandemic.

Now, the two entities are working together.

“The GMCVB is proud to align the ‘Miami Eats’ program with the ‘Meals for Heroes, Miami’ initiative,” says William D. Talbert, III, president and CEO of the GMCVB. “Miami Eats was born from the bureau’s commitment to drive demand for the hospitality industry. As heroes of this community, we could think of no better group than first responders to be recipients of Miami’s best takeout and delivery food providers. With the full force of the bureau’s marketing efforts already in place, there is a great opportunity for ‘Meals for Heroes, Miami,’ to utilize the platform of ‘Miami Eats’ to help drive donations.

The joint effort will start with “Meals for Heroes” reaching out to Miami hospitals and testing centers to determine their food needs. Orders will be placed to restaurant partners for 50 to 500 meals daily (per facility), with necessary precautions followed to ensure contact-free delivery of the meals. Among the front-line recipients already participating: Jackson Memorial Hospital, Miami Baptist Hospital and Mount Sinai Medical Center.

“Miami is a city built on the hospitality industry, which is being crushed by this pandemic,” Will Osbourne says. “This is a fight that is going to be won by our health-care front-line workers, in conjunction with our first responders. These three constituencies, hospitality, health care, and fire/EMS/police need our support. Purchasing meals to deliver to these stressed professionals is a sign of support from a grateful community.”