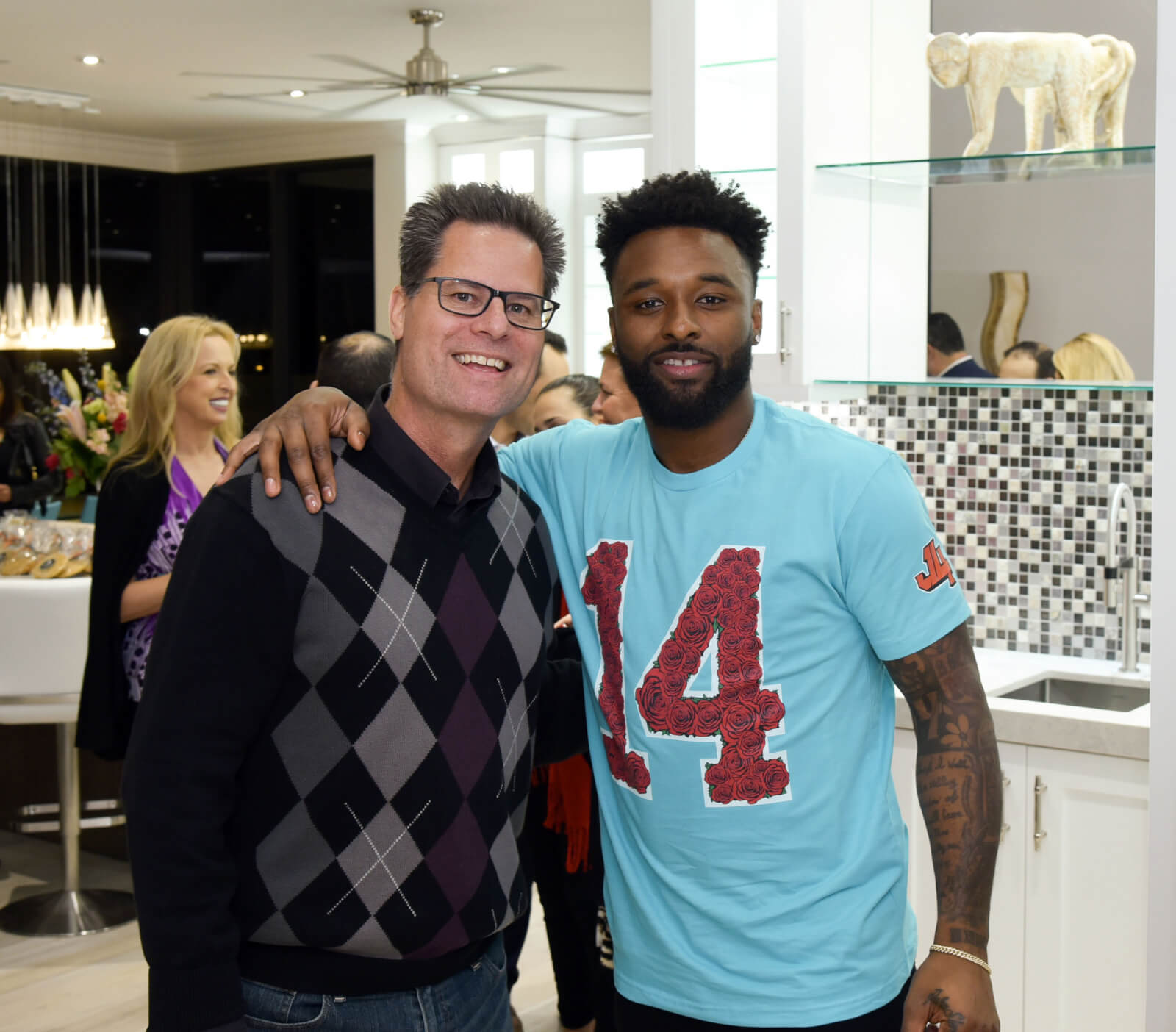 According to the Cystic Fibrosis Foundation, more than 30,000 U.S. residents are living with the progressive, genetic disease that limits the ability to breathe due to a consistent buildup of mucus in the lungs. A half-century ago, the condition was an early death sentence for children, many of whom didn’t make it past elementary school. Today, the median survival age is closer to 40.

Though research advances are improving life expectancy for people living with CF, the disease continues to cut short far too many young lives.

The record-setting wide receiver for the Miami Dolphins lost his close friend—and the woman he calls his first love—to CF in July 2015. Mya Marie Zimmer, who Landry dated during high school in Lutcher, Louisiana, was only 24 when she died.

It’s in Mya’s honor—and for the benefit of everyone living with CF—that Landry will host the inaugural Jarvis’ Jam. The event, slated for March 9 at Hard Rock Stadium, promises an evening of gourmet bites, cocktails and entertainment in an effort to raise funds for the Cystic Fibrosis Foundation.

“For me, it’s tough to talk about,” Landry told Lifestyle at a special kickoff event in Fort Lauderdale on Tuesday night. “But I understand that if I’m going to be an ambassador for this cause, I need to speak out more. I promised [Mya] that if I could make a difference one day that I would.

Landry, who has continued to stay in touch with Mya’s mother, LeBlanc Zimmer, through the years, says that watching Mya deal with the complications of CF opened his eyes on a variety of levels.

“When I was in high school, I had no idea what cystic fibrosis even was—and I think a lot of people still don’t,” says the three-time Pro Bowler, who set an NFL record this year for most catches during the first four years of a career (400). “I didn’t realize how much medicine was involved, all of the antibiotics and steroids and experimental drugs. Even today, as each new group is diagnosed, they’re like guinea pigs in some ways—at least until we find a cure.

“That’s part of what this is about—raising awareness and raising funds that, hopefully, will one day make it happen.”