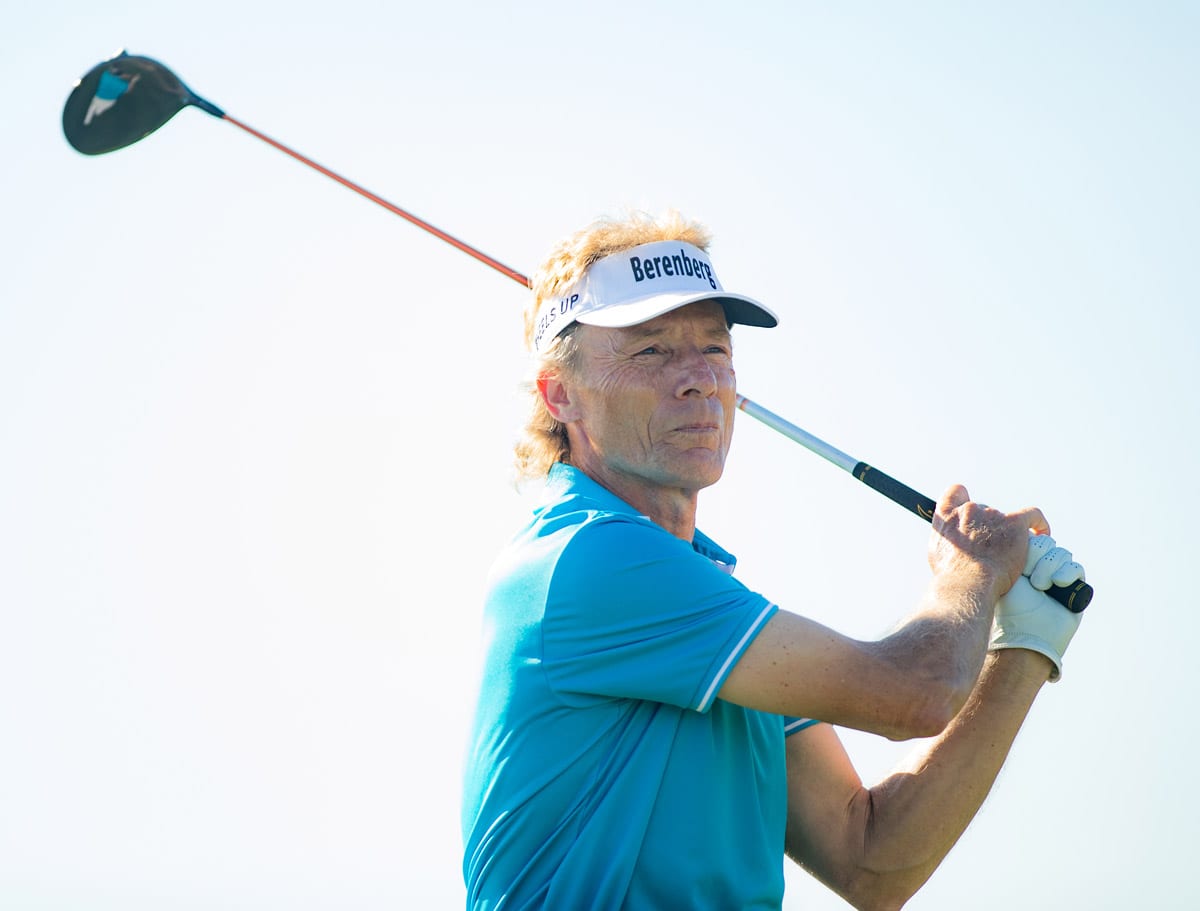 For all the buzz in recent years over Jason Day, Rory McIlroy, Jordan Spieth and the other next-generation players battling for supremacy in the post-Tiger Woods era, the most dominant figure in professional golf is someone who won his first Masters title before those players were even born.

At an age when he could be capitalizing on senior discounts, Bernhard Langer is instead having his way with golf’s senior circuit, the PGA Tour Champions, which the Boca Raton resident has ruled for much of the past decade.

Last year, at age 59, Langer captured four tournaments en route to winning the tour’s prize money crown with $3,016,959. It marked the fifth consecutive season that the two-time Masters champion (1985 and 1993) topped the money list—a feat that not even Tiger pulled off during his prime on the PGA Tour. Along the way, the native of Germany earned a combined $13,020,160 from 2012 through 2016, with 15 tournaments wins and 84 top-10 finishes.

This month, Langer not only returns to the site of one of his 29 Champions tour victories, he gets to wake up each morning of the tournament in his own bed. The father of four with his wife of three decades, Vikki, will join a field of senior standouts at the Allianz Championship in Boca Raton (which Langer won in 2010).

The World Golf Hall of Famer spoke with Lifestyle about his remarkable late-career success.

You’ve played some of the best golf on any tour over the past decade. Are you enjoying the sport more now than ever?
Certainly, the last 10 years I’ve played some very good and very consistent golf. I’m blessed to have a job that I enjoy—and golf is a sport that’s much more enjoyable when you play well than when you play like rubbish.

Golfers on the senior circuit often have the most success in the years right after turning 50. At age 59, you led the tour in earnings by nearly $1.3 million. How is that possible?
I still believe to this day that I can improve my technique. If I can do that, I’m going to hit more fairways and more greens. (Note: Langer has led the PGA Tour Champions in scoring average and greens in regulation percentage the past three consecutive years.)
On top of that, you mature as a player. You get wiser. You learn more about yourself, the kind of shots you can and can’t pull off on a regular basis. So, the strategy should get better, the swing should get more consistent. I’ve been playing the game for 50 years now. There were a lot of years where I had to make changes. The past few years, I’ve settled down. There are certain tendencies I must pay attention to, but I’m not redefining my golf game.

Do you ever catch grief from the other players for dominating the tour?
Oh, yes. There’s a lot of needling going on. You get comments like, “Why don’t you take a few weeks off and give the rest of us a chance?” Stuff like that. It’s all in good jest.

As someone who thrived with the anchor putter, how did you feel about the PGA Tour’s ban of that putter last year?
I think everybody who anchored [the putter against the torso] was somewhat concerned, especially when you used it for 17 years like I had. I put a lot of hours into perfecting the stroke. Then it was taken away. I spent weeks trying all sorts of techniques and finally decided to try the next best thing, which was the unanchored [long putter]. Once I dedicated myself to it and practiced with it, I got comfortable.
If anchoring were that easy, why wasn’t everyone doing it? There was never more than 10 to 15 percent of golfers using the anchored putting stroke. If it were that much of an advantage, 90 percent would have gone to it. I think the whole thing was ridiculous to start with. It didn’t serve a purpose.

Along with the obvious, what do you enjoy about playing the Allianz?
First off, I don’t have to get on an airplane or take a long car ride. Mostly, I enjoy having family and friends around—people I go to church with, friends I’ve made over the years in Boca; it’s great to have them come out and cheer me on and enjoy the tournament.

You were two shots off the lead last year heading into the final round of the Masters. What is it about that tournament that brings out the best in you?
It helps having played the course a couple of hundred times. I know where to go, where not to go, how certain putts will break. It helps to know that if the pin is here, I can’t miss the green there—because I’ve been there three times, and I could never get it up and down.
Sometimes it just brings out the best in me knowing that I have to perform at my very highest level. I can’t get away with a mediocre round of golf at Augusta National. If I do, I’ll shoot in the mid to high 70s because the course is so hard.
Mostly, I just love the challenge. It’s a really long course for me now that it’s been lengthened. I’m hitting 4-irons and 5-irons into greens where my competitors are hitting 7-irons and 8-irons. Those greens were not designed to come in with long irons; you have to stop the ball as quickly as possible, and the targets are small. So it’s difficult for me, but if I can hit the ball more or less where I want it to go, and my short game is good, I can compete.

When: Feb. 6–12
Where: The Old Course at Broken Sound, Boca Raton
Defending champ: Esteban Toledo
The field: The biggest stars of the PGA Tour Champions descend on Boca for the 11th time to compete for a $1.75 million purse. Expect former tournament champions Paul Goydos, Rocco Mediate and Bernhard Langer to join such senior standouts as Colin Montgomerie and Woody Austin for an event that has gone to playoff holes in four of the past seven years.
Schedule: Feb. 6—Women’s Day and private clinic hosted by Annika Sorenstam; Feb. 7—practice rounds; Feb. 8—Championship Pro-Am; Feb. 9—Championship Pro-Am and Grapes on the Green event; Feb. 10—first round; Feb. 11—second round; Feb. 12—final round
Tickets/info: allianzchampionship.com