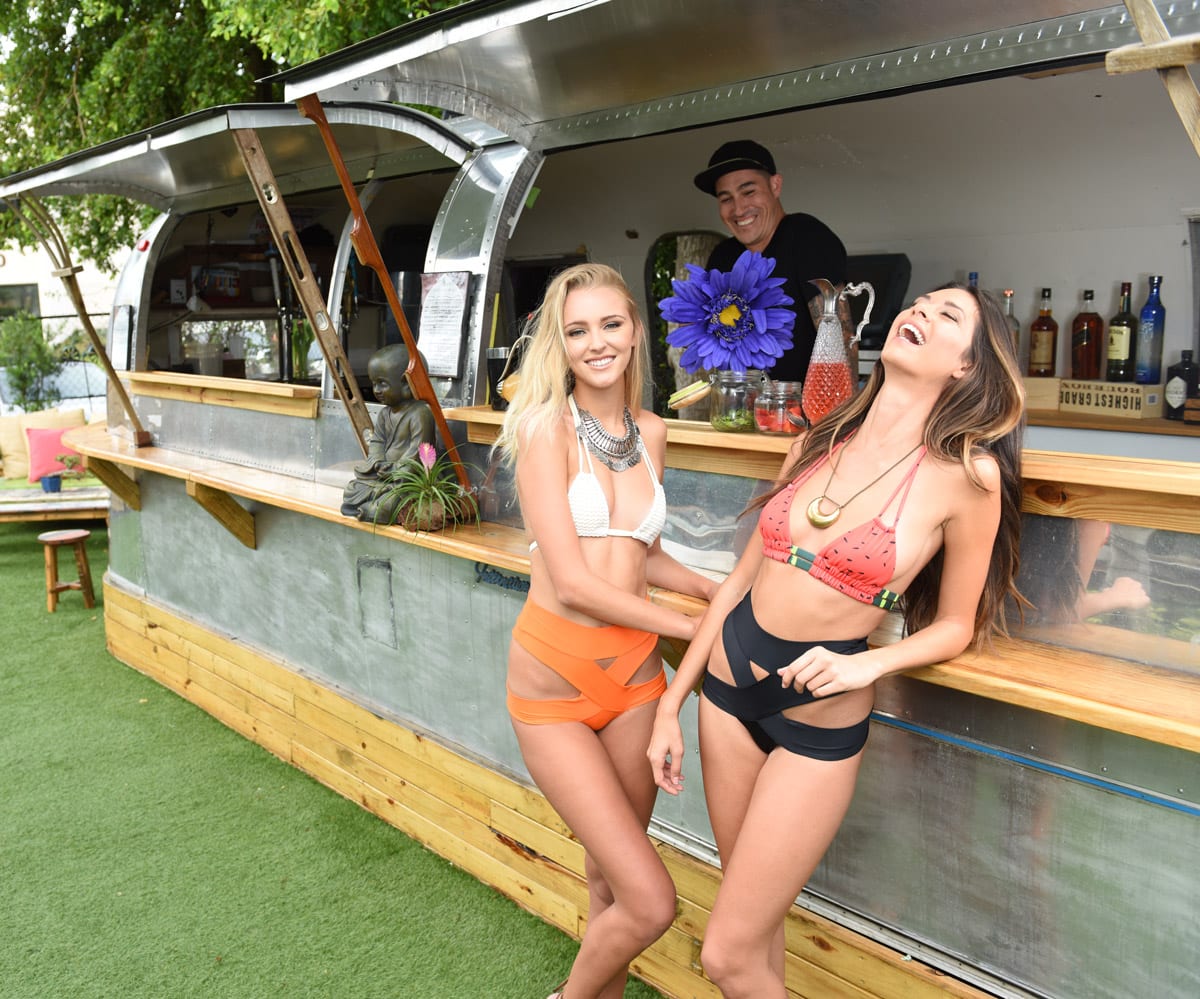 The New Cool Kid in Town

When a new neighborhood starts gaining attention, it’s often due to a combination of purposeful planning and fortuity. In the case of Flagler Village in downtown Fort Lauderdale, the rise to cool has been a mixture of the city’s dream for a live-work-play environment, the local arts community taking a first step, and the Great Recession (which led to great opportunity).

Flagler Village – roughly defined as the blocks just west of Federal Highway from NE Fourth Street to Sunrise Boulevard, began its transformation from seedy to hipster around 2008. When FATVillage (Flagler, Arts, Technology), a multi-block hub for artists of all kinds, created its monthly ARTWALK, foot traffic to the region quickly increased. Soon after, The Bubble (now known as Jump the Shark) launched a popular performance space and art gallery, and an edgy nightlife scene soon followed. Additional cafes, bars and shops hoping to tap into this new audience were able to take advantage of lowered rents when the recession hit, and the development of Flagler Village began to blossom.

Now, with a growing residential population thanks to a few large apartment buildings (conveniently adjacent to downtown), everything from pizza joints to beer gardens have been popping up. “Our goal as a community is to make Flagler Village the best place to live, work and play,” says Camille Hansen, president of the Flagler Village Civic Association. She calls the area, “a diversified community,” and says the audience is “becoming very young and vibrant.”

Recent openings include the 5,500-square-foot Mellow Mushroom, an Atlanta-based pizza chain with an artistic 1970s feel. The restaurant, already a hit since it opened in May, delivers stone-baked pizza, calzones, gluten-free items and 48 beer taps at the outside bar. May also saw the grand opening of Colada, a Cuban coffeehouse from the owners of the 30-year-old Miramar Bakery. The shop offers coffee and food in addition to a bottomless Sunday brunch, craft beer and an already-popular happy hour with specialty drinks and $4 empanadas.

Arturo Pena of The Related Group, one of the first developers in the area, says, “At Related, we love becoming part of a neighborhood and helping make it better. When we had this opportunity to develop  The Manor at Flagler Village, is an entire city block of mixed-use space with frontage along Federal Highway, a Fresh Market across the street and the Wave trolley to take folks to Las Olas, we jumped on it. Having a slice of pizza at the Mellow Mushroom with my family last weekend really made me proud of helping create the great vibe in the Flagler Village neighborhood.”

These days, ARTWALK is more popular than ever, while new outings like the thrice-yearly Night Owl Market – a festival fusing art, community and sustainability – as well as the twice-monthly food truck gathering, “Food in Motion,” in Peter Feldman Park, continue to fuel the creative backbone of this community.

Probably the best example of the current vibe in Flagler Village, though, comes in the form of the new bar/beer garden/art gallery/event space, Rhythm & Vine. Started as a pop-up in late 2014 by David Cardaci and Derek Young (who originally partnered on a location of The Whole Enchilada), Rhythm & Vine now hosts a nightly rotation of food trucks and concerts. After a quick and organic growth, the partners set permanent roots in April of this year. “I would say within a month of diving into the project, we knew we were onto something bigger and better,” says Young.

The space, which includes an outside garden and inside bar featuring murals from celebrated local artist Purvis Young and world-renowned street artist Gregory Siff, is “geared toward people who are comfortable in their own skin,” Young explains. He says many of their customers relax in the garden by day, and stay to party into the night. The men were influenced by their experiences in New York and L.A., and “tried to import some of the creative side, the more hip stuff that we felt Fort Lauderdale was lacking.”

Young echoes this sentiment” “Las Olas is an invaluable part of this community… but we are different. We are not trying to imitate the Las Olas feel, we want to complement it with a more urban and communal feel.”

The future of Flagler Village will certainly see more growth, but it will be in keeping with the established cool factor that is a must in this neighborhood. A deli from the owners of Foxy Brown called Top Hat is set to open in August, while Source Salon (an Aveda Lifestyle Salon) and The Brass Tap Beer Bar – a craft beer bar with locations throughout Florida – have signed leases as well. Additionally, more than 2,164 new residential units are approved or planned for the area.

But the most exciting news for Flagler Village is the recently approved loop on the Wave electric streetcar project. This will appeal both to residents, developers and new businesses alike. The existing businesses couldn’t be more excited. “My hope is that creative competition develops within Flagler Village, because that’s what makes places like L.A. and New York so cool,” says Young. “The more competition, the better, as long as we keep consistent with the concept of keeping that area creative and cool instead of cookie-cutter.”