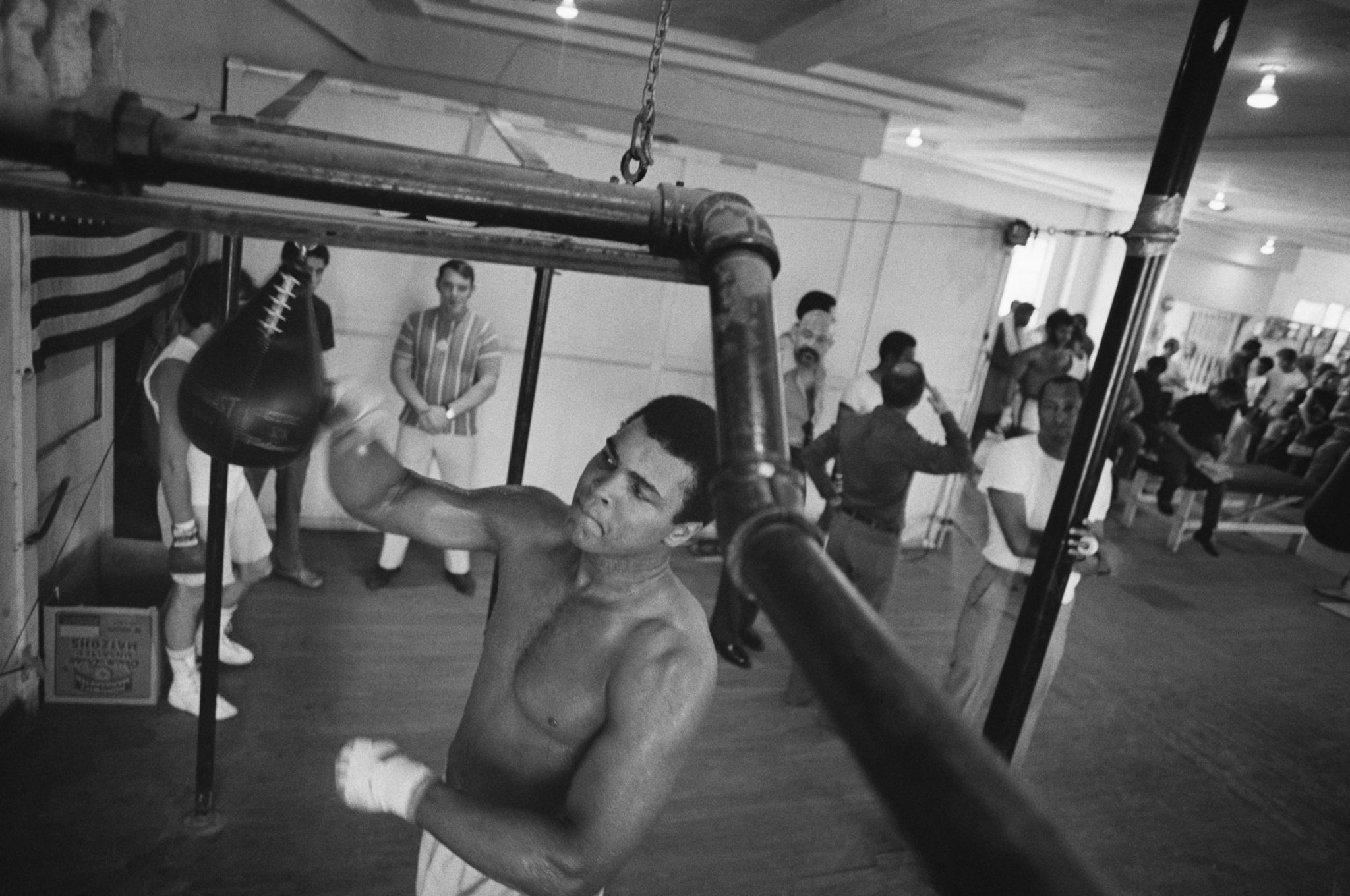 A new exhibit about the “Fight of the Century” gives a unique look at Muhammad Ali’s time in Miami.

Called Muhammad Ali in Miami: Training for the “Fight of the Century,” the photography exhibit at HistoryMiami Museum gives a behind-the-scenes look at Ali’s training at the 5th Street Gym in Miami Beach for his March 8, 1971, bout with Joe Frazier.

In a release, the museum said it acquired the silver gelatin photographs selected by photographer and Miami native Andrew Kaufman thanks to the support of the Knight Foundation. The 20 photographs are by Pulitzer Prize-winning photographers Larry Spitzer and Jebb Harris of the Louisville’s Courier-Journal, who covered Ali for more than 10 years. Three of the photos were taken in 1981 during Ali’s final fight, known as “Drama in Bahama,” with Trevor Berbick. Seventeen document Ali’s training.

“These photos captured a historic moment for Ali. He was just returning to boxing after his conviction for refusing to register for the draft in 1967 had been overturned,” HistoryMiami Museum Executive Director Jorge Zamanillo said. “These photos show him preparing to return to the biggest stage in sports at that time, and we hope everyone will visit the museum to view an incredible and rarely seen collection of images.”

The latest portfolio is also a boon for HistoryMiami as it introduces the museum’s new gallery space, which will rotate showcases of highlights of HistoryMiami’s 2 million-strong collection of South Florida history from the late 1800s to the present.