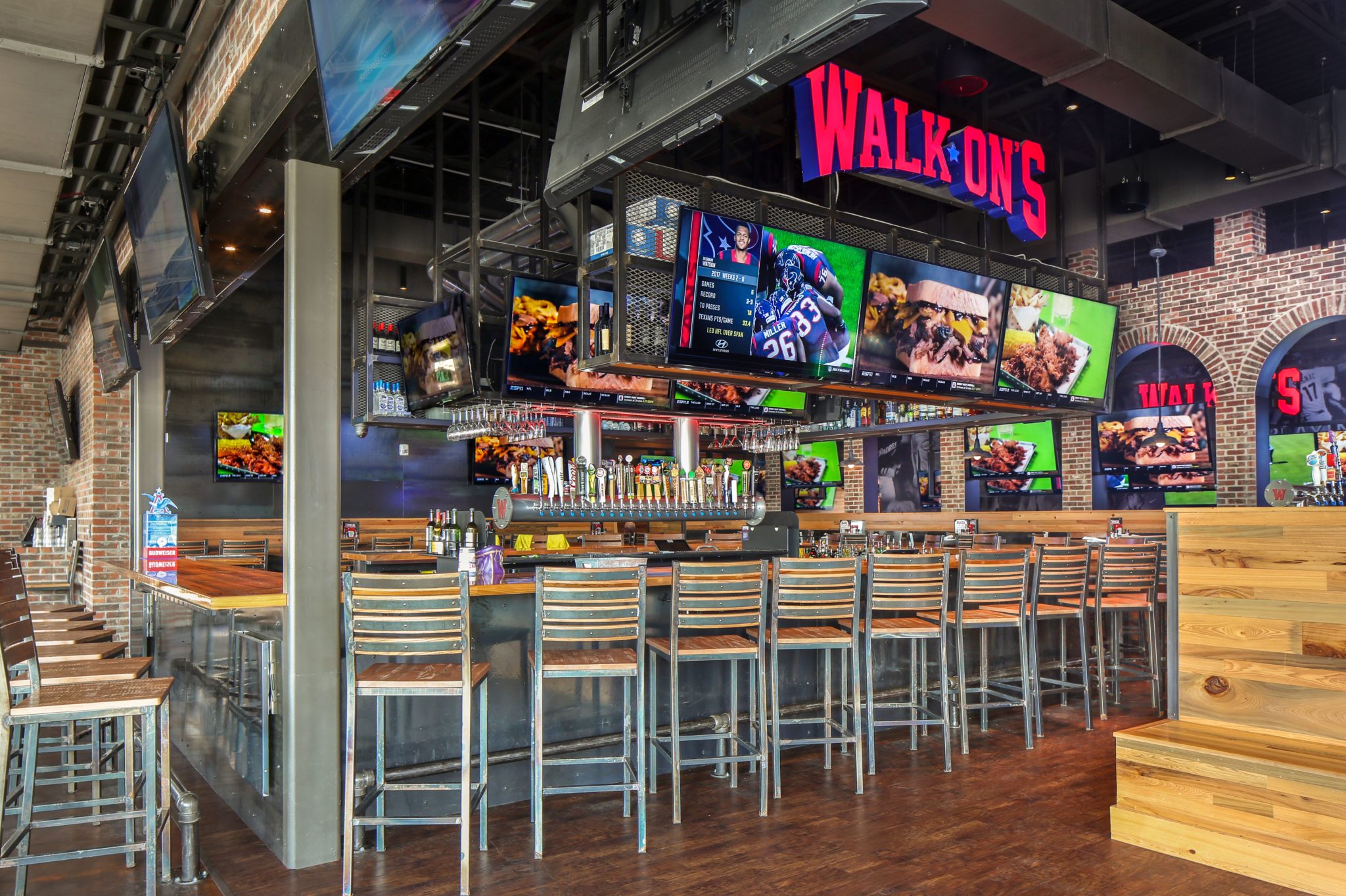 Walk-On's Bistraux and Bar opened its 30th location on Monday, August 26th in Fort Lauderdale - the first of many coming to South Florida.

Brandon Landry didn’t expect a class project to become his future – especially after seeing his grade.

“My co-founder and I came up with the idea and did it as a school project… we got a C,” he recalls, chuckling. “That professor has asked me to come and speak to the class for the last 15 years.”

His professor keeps calling him back because the C project became Walk-On’s Bistraux and Bar, a wildly successful franchise with 30 locations and counting. Founded in 2003 by Landry, a former walk-on basketball player at Louisiana State University, Walk-On’s recently opened its 30th location in Fort Lauderdale on Aug. 26. The second location in Florida boasts an impressive menu of food, beer and specialty cocktails served with a unique community spirit.

The franchise is rapidly expanding – Landry mentions between six and eight new locations in the works in the South Florida area alone. Each location will feature the same menu of New-Orleans style food and hold multiple TV’s on every wall to allow fans to watch their favorite teams as they enjoy hushpuppies and gumbo.

Of course, when the New Orleans Saints are playing, all screens are tuned in. The team’s Quarterback, Drew Brees, is Walk-On’s co-owner and proudly represents the brand both on and off the field. He calls it “a great place to bring my family, teammates and business colleagues” and, as Landry mentions, is very involved in the company. “Drew bought into the concept about five years ago. He would stop into our New Orleans location all the time and just fell in love with the brand.” Brees now owns a quarter of the Walk-On’s franchise.

More locally, the Fort Lauderdale location is owned by Craig Colby and operated by his son Tyler as the Bar Manager. Colby’s passion for the Walk-On’s brand is tangible.

“When you walk into one of these, you’re just so wowed,” he says. “This kind of thing is never going to die – nothing can kill restaurants with a social environment like this.”

This sentiment rings true in the community spirit persistent throughout the Walk-On’s brand and its devoted team members. Before each shift, the staff gather in the kitchen for a “rumble,” during which they can be heard throughout the restaurant shouting “Who are we?” “Walk-On’s!” What do we do?” “Win!”

Walk-On’s is also focused on supporting the local community. Landry’s outreach plans involving local charities, schools and little league teams to spread the Walk-On’s wealth where it’s needed the most.

“Sixteen years ago, we had two hands and two feet. We had to hit the streets and get involved with the people that supported us. We never got away from that,” Landry says. “We’re not just the next chain coming to town – we’re going to be a little different.”