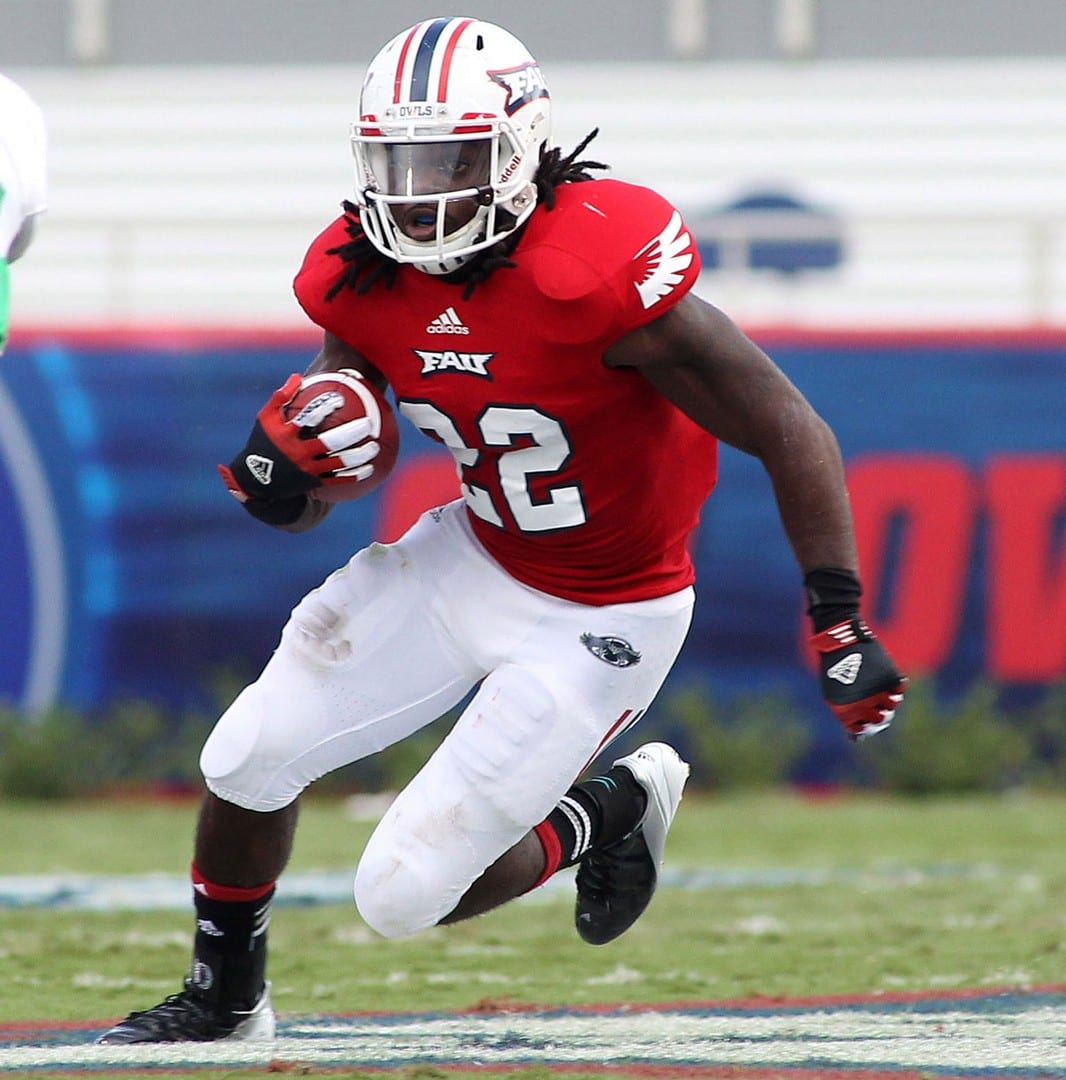 According to the University of Florida, nearly 19,000 alumni live in Broward and 4,900 current students are from here. That’s more than any other county in the state.

That means Broward County is a hotbed of Florida college football – because even though no other state school breaks down its numbers like UF does, this year all the major Florida football programs play each other for the first time in recent memory.

2013 biggest game: Every year, the Gators play big SEC rivals like Alabama, Georgia, and Louisiana State. But this year, none will match Saturday, Sept. 7, at the University of Miami. The Gators and Hurricanes were once bitter foes, playing every year from 1938 to 1987 – with the Hurricanes winning 24 games and the Gators 25. After a break, they battled annually between 2001 and 2004, with the Hurricanes winning them all. That might explain why the Gators didn’t play them again till 2008, when they won 26-3. With so many Gators in Broward and UM just a county away, expect lots of yelling at local sports bars and football-watching parties. Families will face split rivalries, and while blood won’t be spilled, drinks may be.

2013 impact player: Running back Trey Burton. The junior takes over for Mike Gillislee, who rushed for 1,152 yards (37th best in the country, out of 120 teams) last season and scored 10 touchdowns (second-highest on the Gators) before signing with the Miami Dolphins. They’ll need a similar performance from Burton to reach double-digit wins again.

2013 biggest game: Miami will pay $500,000 to open the season against FAU – because in college football, the big teams pay the little ones to beat up on them. The early betting lines favor the Hurricanes by 31 points. But after that, the young Hurricanes team faces its old-time rival on Sept. 7 – the Florida Gators. As we mentioned earlier, the teams haven’t played annually since 1987, and although Miami has won three of the last four, it’s the Gators who are expected to win. Big.

2013 impact player: Quarterback Stephen Morris. Even though Morris threw for over 3,000 yards (24th best in the country) last year and 21 touchdowns (41st in the country), the Hurricanes will need more in his senior year. He won’t be alone, either. Sophomore returner/running back Duke Johnson returns for year two after electrifying defenses for nearly 1,000 yards and 10 touchdowns — as a freshman.

2013 biggest game: Although the Seminoles won 12 games last year, their schedule is so easy this year, they could win even more. Only Florida and Clemson won more than 10 games last season. And while the Florida game on Nov. 30 – the last game of the season – is always a hot ticket, the biggest game is actually on Oct. 19 against conference foe Clemson, which won 11 games in 2012. FSU beat Clemson last year 49-37, but lost in 2011 by 5. This year’s match-up may be the toughest for FSU, which has a new quarterback this season. The Seminoles first roadblock to  an undefeated season will come at the hands of this rival.

2013 impact player: Running back Devonta Freeman. After losing last year’s quarterback E.J. Manuel (he was drafted in the first round by the Buffalo Bills) and running back Chris Thompson (he graduated), the Seminoles have a four-way battle for quarterback going into the spring. But the running back job is all Freeman’s, and the junior will have to carry the load early and often.

2013 biggest game: The Owls’ first year in the Conference USA begins with the biggest game of the season, broadcast on ESPN U – the University of Miami on Aug. 30. The Owls signed a three-game deal with Miami last year and will be paid $500,000 for each road game. Good thing for FAU, because the team is expected to lose by 31, according to the early betting lines. Either way, playing perennial powerhouse Miami will garner FAU much-needed national attention, and a close loss would be as good as a win.

2013 impact player: Wide receiver  William Dukes. The junior broke out last year with 979 yards (most on the team) and four touchdowns. But with quarterback Graham Wilbert graduated, Dukes will have to guide the next signal caller (Melvin German III) to the end zone.

2013 biggest game: The Knights will have their hands full on the road in the second week of the season playing Penn State, which won eight games last year. But the biggest game of the season is actually the week right after that: Sept. 14 at home against South Carolina and former Gators coach Steve Spurrier. The two teams haven’t played since 2005, and the Gamecocks (or ’Cocks, as South Carolina fans call themselves) won 11 games last year and beat Michigan in a bowl game. This will be the toughest test of the season for UCF, and things could unravel quickly with back-to-back losses to Penn State and South Carolina.

2013 impact player: Quarterback Blake Bortles. The junior took a giant step forward last year as a sophomore after throwing for just six touchdowns and under 1,000 yards as a freshman. Last year, he threw for more than 3,000 yards (35th in the country) and 25 touchdowns (26th in the country). And yet the last two times UCF won 10 games or more in a season (2007 and 2010), the Knights followed each year with less than five wins. It’ll be up to Bortles to end that streak.

2013 biggest game: Head Coach Skip Holtz was fired last year after a disastrous season that included a 40-9 loss to the University of Miami. On Sept. 28, new coach Willie Taggart will get a shot at revenge at home against Miami. It’s a rebuilding year, so expect another loss. But as long as it’s not a trouncing, Taggart and crew will call it a successful day.

2013 impact player: Quarterback Matt Floyd. The sophomore isn’t a big name, but he’ll need to be one day if Taggart wants to keep his job longer than the three years Holtz did. Senior quarterback B.J. Daniels, who started for the last four years, got drafted by the San Francisco 49ers in the seventh round of this year’s draft. He leaves a gaping hole behind center, the most important position in the sport. Floyd played in parts of four games last year, throwing no touchdowns and five interceptions. For an improvement on 3-9, that will have to change.

2013 biggest game: FIU won just three games last year  and coach Mario Cristobal got fired. Although the Panthers are rebuilding and will be expected to lose to opponents like UCF and Louisville (who both won 10-plus games last season), every FIU fan looks forward to the annual grudge match against FAU, this time on the road, on Nov. 29. It’ll double as the last game of the season, and although FAU has won three of the last five, FIU has won the last two and will look to continue the streak.

2013 impact player: Running back Kedrick Rhodes. The senior rushed for 1,149 yards as a sophomore but just 714 last year (116th in the country). Junior quarterback Jake Medlock threw just 13 touchdowns last year (tied with nine others for 81st in the counry), so Rhodes  will need to produce like it was 2011.