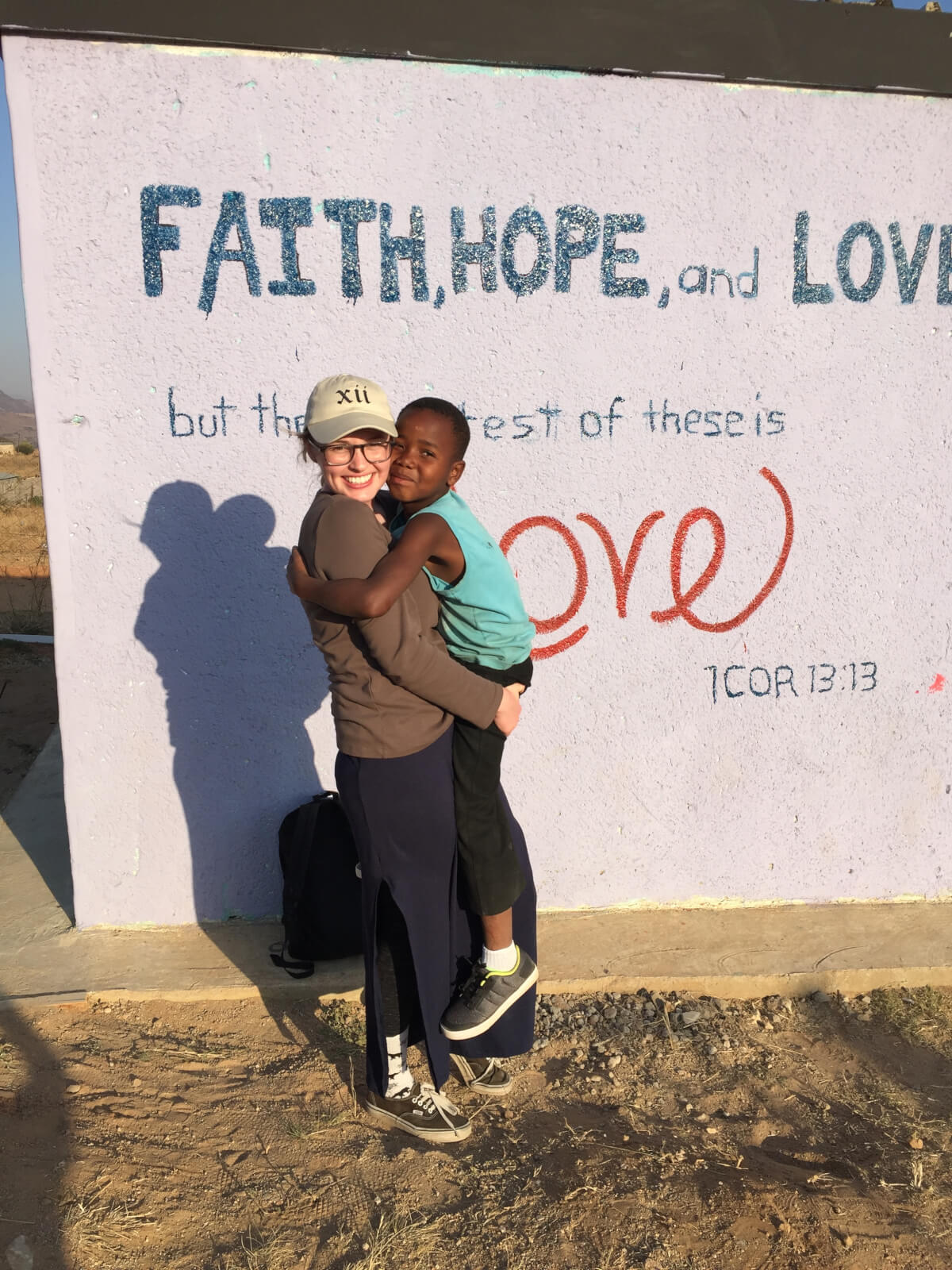 Reaching Out to Help

“The first thing you see is, it’s a beautiful place,” Isabella Damacena says, recalling the fog rising each morning to reveal the mountains in the South African village of Thubelisha. Despite its natural beauty, however, many in the region are living in extreme poverty.

Damacena was one of 11 visitors to Thubelisha from Coastal Community Church in Coconut Creek and Pompano Beach, working in partnership with Children’s Cup, a nonprofit organization that supports children who live in poverty. Their mission: to spend a week bringing love, light and joy to the village in the form of supplies, human touch and the message of scripture.

Coastal Community Church adopted the Children’s Cup care point in Thubelisha six years ago, and it has sent volunteers there each summer for the past four. This year’s main organizer, Jessica Baxter, has been twice. She believes strongly in the power of boots-on-the ground efforts, and she’s seen firsthand the positive results of this human interaction.

“It helps us stay connected to this community and not just be a fundraising arm,” Baxter says.

One of the objectives of the partnership between Coastal Community and Children’s Cup is the child sponsorship program. Baxter sponsors a boy named Siphmandla, who she has met twice since becoming a sponsor more than 2½ years ago. Shannon Motherwell, another church member, had the opportunity to meet Malibongwe, the 9-year-old boy she sponsors, and give him a backpack full of clothes and toys. She also treated him to ice cream in a village nearby.

While many of the activities focused on the youth, village elders also received special attention. A day of pampering for the bogogo, or grandparents, brought that sense of connection first through devotions and song, and then through hand massages and manicures to emulate a spa experience. “Personal touch there is such an important thing, especially when they have new people come in,” Motherwell says, adding that racial tensions and inequality still affect South Africa life.

The moments that moved the congregation to the core are too many to count, members say. From singing at the start of each gathering to shedding tears with grateful mothers and volunteers at the departure, each exchange reinforced the bond between the church and the care point.

“They felt so special by having us there, and the kids were overjoyed,” Damacena remembers.

It’s a feeling that will grow with each trip back.