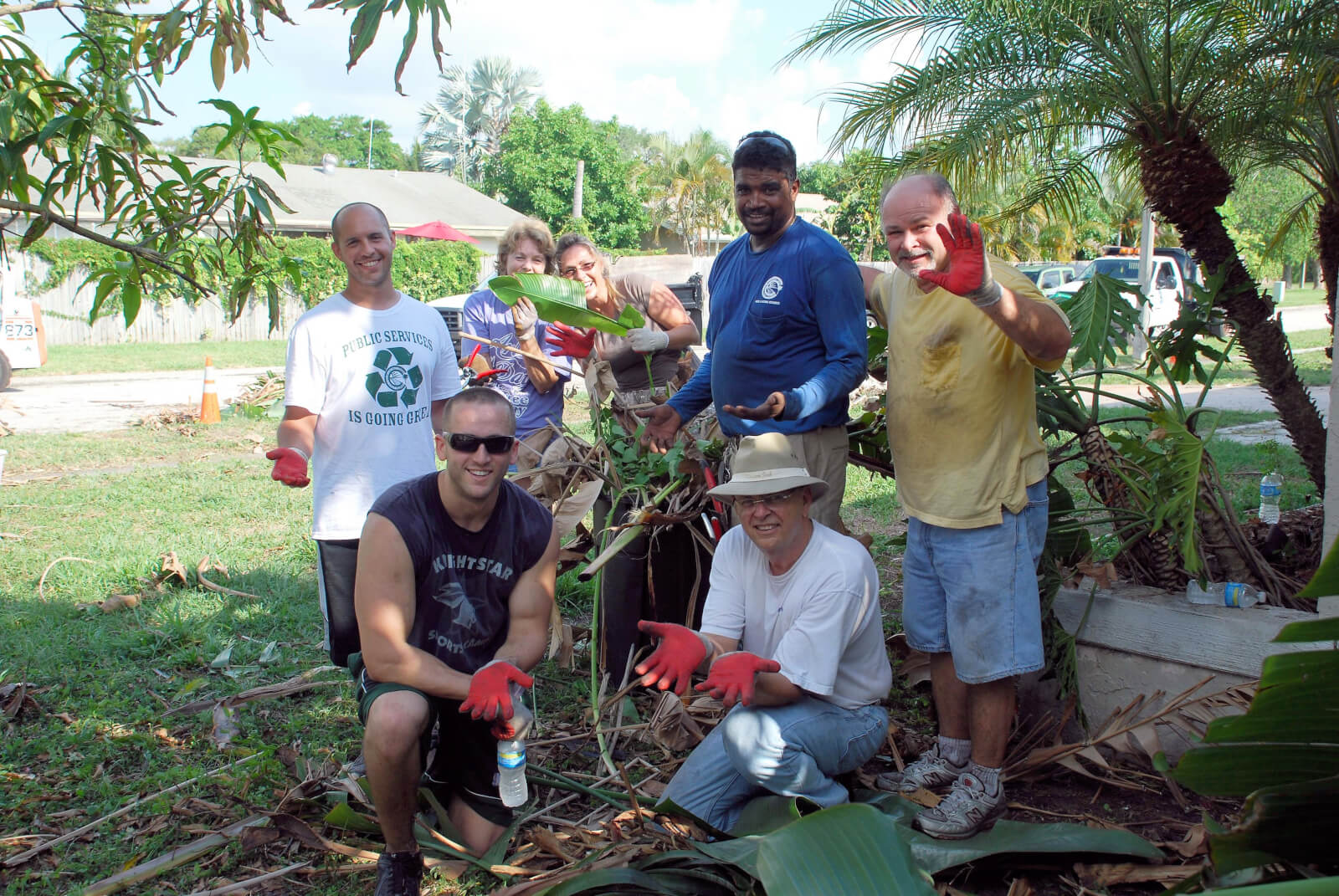 Before Glenn Sime started working for Coconut Creek 17 years ago, he worked for six other municipalities—some bigger and some smaller. But the code compliance supervisor agrees that, of all the cities for which he’s worked, Creek’s government tries to do everything it can to make the city a good place for residents.

One way the city remains resident-oriented is the department’s Fix It Up program, which Sime oversees. The program lends a helping hand to residents who need to improve home conditions to comply with building codes.

The commission began the program in 2012, helping residents who are unable to repair their homes by asking city employees to volunteer their efforts. The first home they helped repair under the program was in South Creek and had belonged to a woman with three children. After the woman and one of her children died in a car accident, the woman’s sister took care of the other children in the home. When a code compliance officer learned about the situation, city employees helped repair her roof and resod the yard.

Two more examples: A code compliance officer recently found out about a single mother who had lost her job; her home had code violations. Another woman, in her 80s, was camping out in her backyard after a house fire. After learning about the situations, city volunteers helped both women with repairs that brought their houses up to code.

“We can see that they’re thankful because they had nobody else to turn to,” says Sime, who credits the program’s success in part to a family atmosphere among employees that makes residential reactions more personal.

Before becoming a compliance officer, Janet Clark, who has worked with the city for 10 years, started volunteering with the Fix It Up program as an employee in the Parks and Recreation Department.

“I believe strongly in community service and individuals making a difference, so I thought I would volunteer and bring along my daughter, who was a teenager at the time, to instill the importance of helping out your neighbors,” Clark says.

Since then, Clark has enjoyed working with employees from the police, public works and other departments on numerous projects—installing sprinklers, painting exteriors, running backpack blowers, resodding yards and more.

“You can see that they enjoy doing it,” Sime says of the employee volunteers. “It’s hard work, but it’s always a good time.”

For both Sime and Clark, the program is part of why they enjoy their city jobs. Clark especially likes alleviating residents’ hardships by not adding to their burdens with a fine.

“The feeling that you walk away with the most is camaraderie and a sense of purpose in getting a job done,” Clark says. “That’s the best part about it to me.”